ZOWIE! SOCK0 GLuG! WHAP! Pow! Place those words before an American of any age and, without fail, the reaction will be: comics! 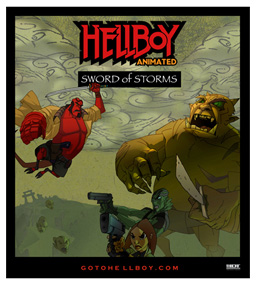 In terms of longevity, complexity, and influence, those innocent little cartoon panels certainly are no joke. In fact, the comic strip and comic book together form perhaps the largest and most influential iconographic field in the history of man.

The newspaper comic strip is a relatively new development, of course, but its forerunners are ancient. In the first century B.C., Romans chuckled over tablets with satiric inscriptions sold in the market places of the Eternal City. Chances are, they weren’t much different from the editorial cartoons we enjoy today.

Before the invention of the printing press, German artists produced woodcuts arranged in panel form like the comic strip, dealing chiefly with religious history and current politics. After the printing press came into use, the illustrations took the form of small images printed together on one piece of paper, or a series of several sheets that could be hung on the wall to form a narrative frieze.

In the seventeenth century, the Protestant Reformation and the consequent religious wars led to propagandist strips based on political events. A limner by the name of Romeyn de Hooghe was the first artist to devote himself consistently to the narrative strip, producing pictorial indictments of the persecution of the Huguenots under Louis XIV, and accounts of the accession of William III to power in Holland and England.

Today, detective-comic buffs might be amused to learn that German artists began producing crime strips as early as the sixteenth century. Most strips illustrated heinous crimes and the punishment the perpetrators could expect to receive, in gory detail.

The father of the modern comic strip was Rodolphe Topffer, a Swiss illustrator and schoolmaster. Topffer observed that more people can read pictures than can read words-hardly a deduction worthy of Dick Tracy. He went on to produce picture-story books and collections of small drawings that were the forerunners of the modern newspaper strip. Topffer also put out collections of his drawings in oblong albums of about 100 pages. These were the precursors of the comic book.

The dominant comic illustrator in the nineteenth century was the German Wilhelm Busch. Beginning with comic illustrations which he drew for a variety of periodicals, Busch was the first truly professional comic-strip artist. His tales of naughty children and pesky animals wouldn’t be out of place on today’s funny pages. Two infant pranksters named Max and Moritz, his most memorable characters, were to form the models for the later Katzenjammer Kids. Busch’s use of oscillations to suggest movement and his use of conventional signs to suggest emotions provided a vocabulary for the comic strip artist that is still in use today.

The newspaper comic strip in this country was born out of the rivalry between two giants of the American press. In 1893, the New York World published the first full-color comic page in the nation, depicting a set of humorous characters under the title Hogan’s Alley. Soon afterward, publisher William Randolph Hearst countered with the first weekly full-color comic supplement, eight pages in the Morning Journal.

Hearst’s supplement featured Yellow Kid, a strip by Richard Outcault, whom Hearst had lured away from the World. Yellow Kid was the first continuous comic character in the United States, and standardized the use of speech balloons for comic strip dialogue. Incidentally, the Italian word for comic strip is fumetto, “little puff of smoke,” so-named after the speech balloon.

Later, Hearst put out Rudolph Dirks’s Katzenjammer Kids, the first strip fully developed in form and the most durable comic strip in history. Dirks’s strip used speech balloons and a continuous cast of characters, and was divided into panels, unlike Yellow Kid, which employed full panoramic scenes.

With the advent of newspaper syndication, comic strips spread rapidly. In 1904, the first daily black and white strip, A. Piker Clerk, appeared in the Chicago American. Actually, the strip was a horse race tip sheet, as was M.A. Mutt, later Mutt and Jeff, which eventually dropped its racing connections and developed into a general interest strip.

The period between 1907 and 1920 was the golden age for comics. This era saw the birth of dozens of long-running strips and the development of the genres that predominate today. There was the gag strip, Bringing Up Father, in 1913, the first American strip to gain international renown; the family saga strip, Gasoline Alley, in 1919; the career girl strip, Winnie Winkle, was started in 1920; the fantasy and parody strips, Krazy Kat came into being in 1911 and Popeye was inaugurated in 1919. Krazy Kat was the first newspaper strip aimed at the intelligent adult.

In the late 20’s and 30’s, adventure, detective, and sci-fi strips became popular. Tarzan began in 1929, followed by Dick Tracy and Flash Gordon. Nineteen-thirty saw the birth of Blondie, perhaps the most successful strip of all time. The comic strips that have since become household words in American life are too numerous to name.

The first true comic book was marketed in 1933 as an advertising giveaway. The size, glossy cover, and panel format of that first comic book have remained the same right up to today.

At first, comic books were basically reprints of newspaper strips. In 1938, Action Comics appeared; Superman and the other superheroes were not long to follow. By 1943, comics accounted for one-third of all domestic magazine sales. Superman alone had a circulation of 1,500,000 copies per month! By the way, the first issue of Action Comics now sells among collectors for close to $5,000!

Early comic books were for the most part brutal, sadistic, blood and guts affairs that most parents tried to keep out of the hands of their children. In 1951 and again in 1954, Congress investigated the comic-book industry and, simplistically enough, blamed the rise of juvenile delinquency on sadistic comic books. The industry was forced to adopt a code of self-censorship that still exists. But comics continued to suffer criticism, especially for their racist, militarist, and fascist values.

Partly as a rebellion against this type of politically Neanderthal comic, Steve Canyon, for example, a number of newspaper strips appeared in the late 50’s that were heavy with sociological and philosophical overtones. Most took their cue from the earlier Pogo (1946) and Peanuts (1950). Today, the funnies page is a conglomeration of science fiction, fantasy, adventure, slapstick, and subtle humor, something for every taste.

Without doubt, the comic is the dominant graphic mythology of the twentieth century. It’s the comic strip, not film nor television, that reaches one-third of humanity each day. In the last seventy years, an estimated 8 to 12 million comic strip pictures have been produced throughout the world.

Today, over 100 million Americans, virtually half the population, read one or more comic strips regularly. About 300 strips are presently published in American newspapers. Blondie alone can be found in 1,200 papers across the country, and Dick Tracy reaches 50 million readers daily in 500 papers. When Chic Young asked for suggestions for a name for Blondie’s second baby, he received 400,000 replies. Al Capp’s offer of a prize for the “most gruesome face” for a new Lir Abner character generated over a million replies!

American comics are now read worldwide. Peanuts, incidentally, is called Radishes in Denmark. In England, a large chain of hamburger stands, the Wimpy Bar, owes its name to a Popeye character with a weakness for the burger. Not to be outdone, Texans in a spinach-growing area in the eastern part of the state have erected a statue of Popeye in tribute to his appetite for the vegetable.

Surprisingly enough, studies have shown that the more educated a person is, the more likely he is to follow a comic strip. The peak age for Sunday comic strip readers is-no, you’d never guess-thirty to thirty-nine years old!

By the time any American has learned to read, he’s likely to have his favorite strips. According to a 1960’s survey, the most popular strips countrywide, are in order, Blondie, Dick Tracy, Little Orphan Annie, Peanuts, and Rex Morgan, M.D .

Little Orphan Annie began a run as a successful Broadway show (“Annie”) in 1977. Bringing Up Father has been made into a movie eleven times!

Today, most syndicated strips are the work of an entire staff of writers, calligraphers, artists, and editors. In no other art form is the creator so much the prisoner of his creation, for the characters he invents frequently assume lives independent of their creator, and continue to live on, even after the artist’s death!

It would be hard to think of a place in which different periods of history are so intermingled as on the funny page. You’ll find Moon Mullins, Dick Tracy, Gasoline Alley, and other ancient works side by side with new strips like B.C. and Doonesbury. But they all have a few things in common: ZowIE! SocKol Gum! WHAP! Pow!