Fossils are the remains of prehistoric plants and animals which were buried in the earth before they decayed and have been preserved in any of several ways.

Petrified fossils, those turned to stone, include bones of animals and wood of plants. As they lay in the earth, they filled with minerals and became solid and heavy, actually stronger than when they were alive.

Shells, leaves, animals, and insects, which may have fallen into mud or clay, or been buried in lava from volcanic eruptions, have been preserved too. This mud, clay, or lava hardened around the original material, and as the original material decayed, it left molds or prints of the exact shape of the shell, leaf, animal, or insect. Scientists are able to fill these molds and prints with plaster, wax, or plastic and make casts, or duplicates, of their original shapes. 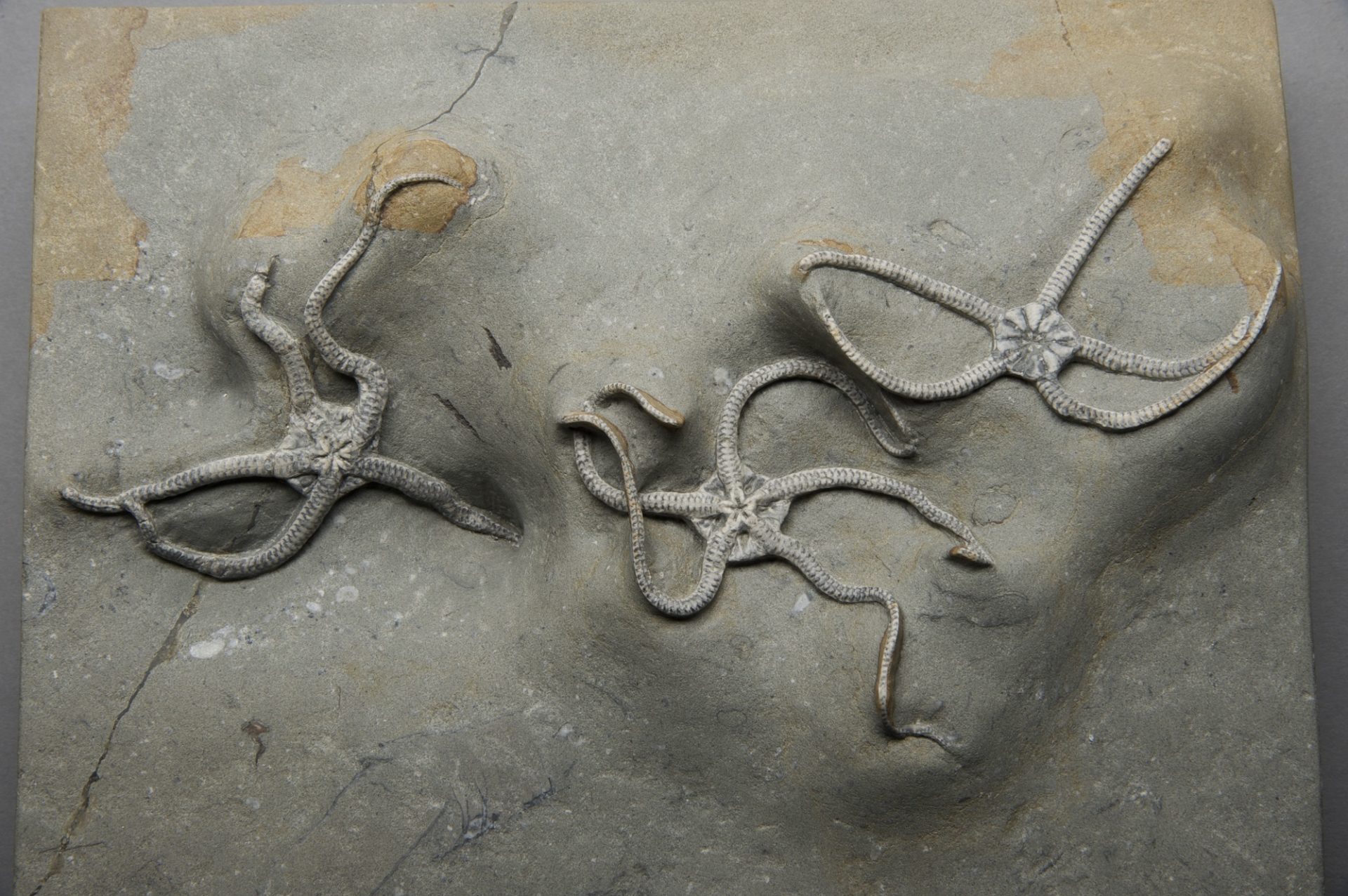 Resin, or sap, from trees sometimes covered insects, small animals, and plants. As the resin hardened, as with clear amber, it trapped and preserved them inside so perfectly that scientists today can actually count the tiny hairs on an insect’s body. However, once the amber is broken open, the remains disintegrate upon hitting the air.

Some whole prehistoric animals, like the woolly rhinoceros, have been found frozen in ice. When the bodies were thawed, their flesh was preserved enough to eat. Other animals, like bisons and camels, have been unearthed from tar pits, also in finely preserved conditions.