What Are the Odds of a Couple Having Seven Baby Girls and What Decides If a Baby Is a Boy Or a Girl?

Coincidence seems likely when there are more baby girls born than boys in any given family, and vice versa.

Any fetus has approximately a 1-in-2 chance of being female; the chance of seven children all being girls is therefore 1 in 2 to the seventh power, or 1 in 128.

These are not particularly long odds, and if you consider that one would probably find several other combinations remarkable too, all boys, for example, or exactly alternating girls and boys, the odds that any given set of six grandchildren will exhibit a “remarkable” pattern is low enough that such an occurrence is, in fact, unremarkable. 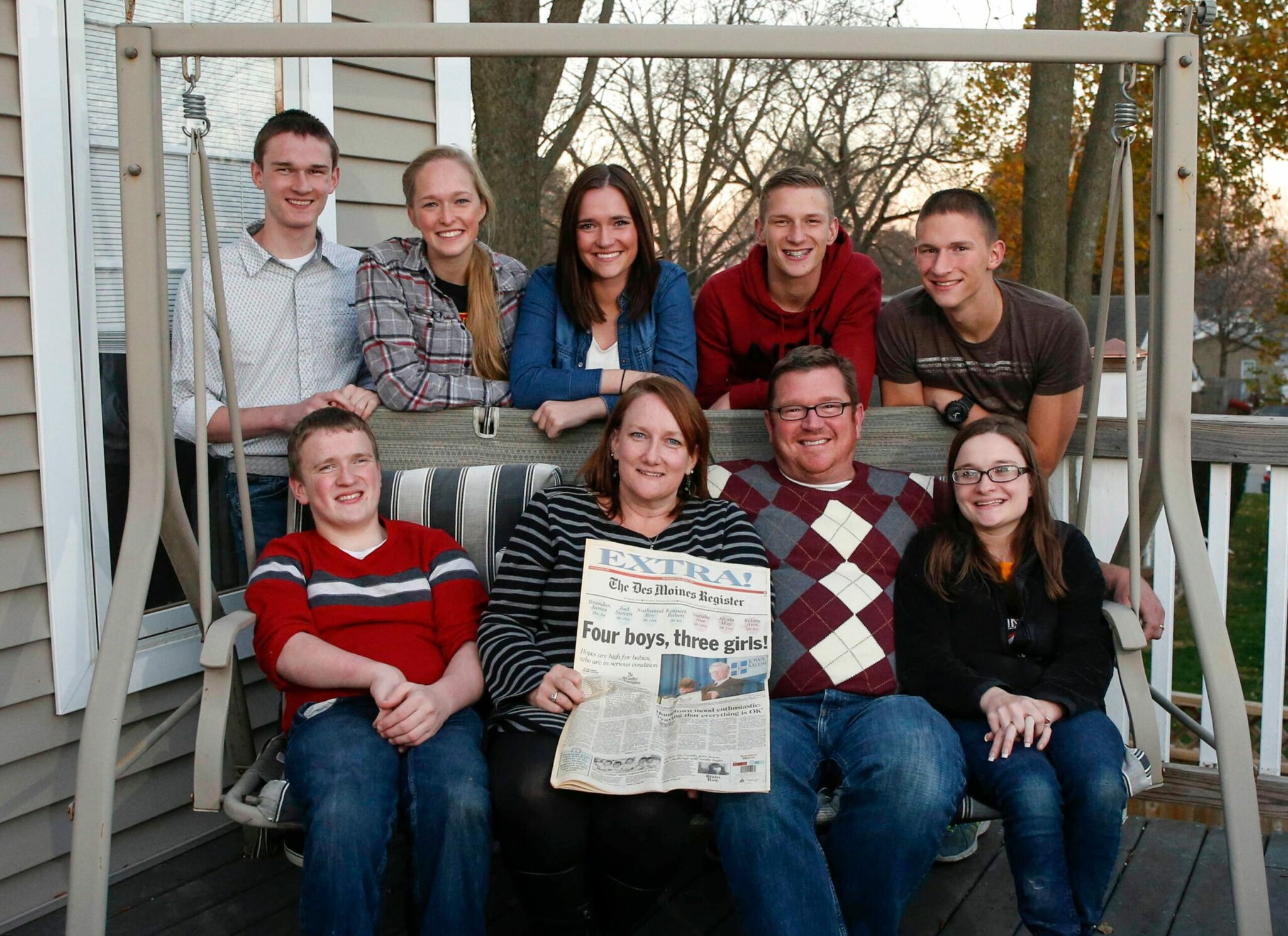 This question stems from the human ability to find patterns in random data.

With coin flips, for example, a person might cite HTHHTHTTHHHTTH as a typical sequence, but a truly typical random sequence might look more like HHHHHTHHTTHHHH: less alternation, longer runs of one value, and a ratio of heads to tails that is often far from 0.5 for short sequences.

This means, conversely, that sequences that actually are random often appear not to be random to most people.

If the group eventually reached 15 grandchildren and all were girls, then I might raise an eyebrow and wonder whether there might be a nonrandom cause at work.

But even here the probability is still low enough (1 in about 32,000) for it to have happened quite a few times by chance throughout history.