What did the Freedmen’s Bureau do to help the freed slaves during Reconstruction?

It distributed food and clothing to freedmen who had been made homeless by the Civil War, and rented to them up to forty acres of land that had been abandoned or confiscated.

Its health program established forty hospitals, and treated nearly half a million cases of illness. The bureau also established more than 4,000 schools, from the elementary grades through college. It charged no tuition and often provided free textbooks. Almost 250,000 former slaves received varying amounts of education through the schools established by the Freedmen’s Bureau. 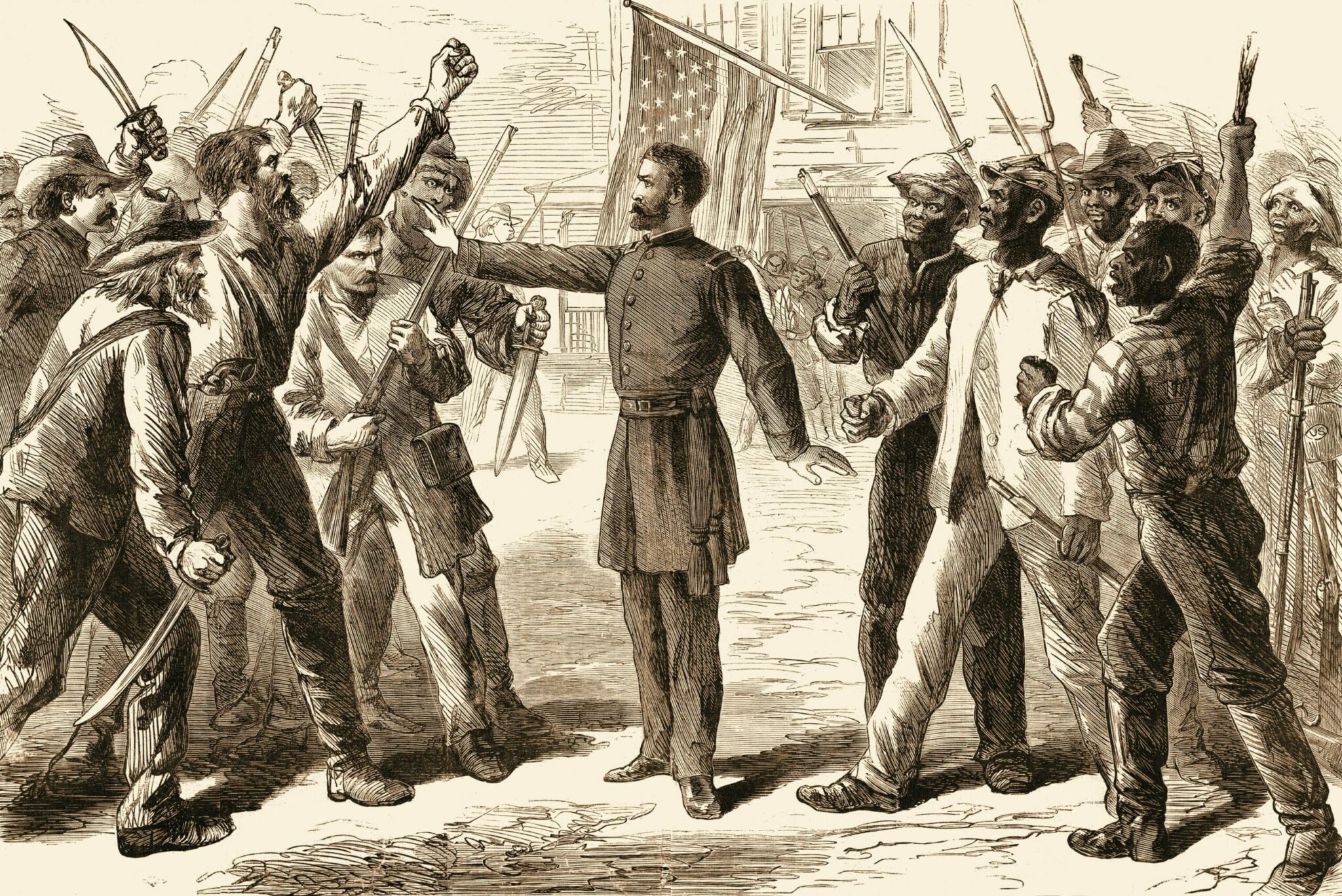 The bureau also acted as legal guardian to the freedmen, and ruled on cases in its own courts. To protect the former slaves in their negotiations with landowners, the bureau prepared labor contracts calling for a fair wage. The Freedmen’s Bureau had the power to enforce these contracts.
In 1872, Congress decided not to renew the Freedmen’s Bureau, and it ceased to exist.

The Freedmen’s Savings and Trust Company, a bank, was successful at first. By 1872, more than 70,000 African American depositors had placed a total of $3.7 million in the bank’s thirty-four branches. Two years later, deposits reached $55 million. But the bank, although organized by the federal government, did not have the government’s backing.

In 1874 it collapsed, a victim of the financial panic of 1873, inexperienced management, and a number of irregular loans to white businessmen. Its depositors were left penniless.