What does hollyhock mean and Where does the word “hollyhock” come from?

Because the name is actually a corruption of holy hock, in which hock is an old name for mallow, an ingenious scholar of the past century (Hensleigh Wedgwood) made the statement that it “was doubtless so called from being brought from the Holy Land, where it is indigenous.”

This statement has been repeated by others, but it lacks foundation. It is much more probable that the affix holy came about through an early association of this plant with some holy man.

The plant has also been known as “St. Cuthbert’s cole,” thus warranting the inference that its later name was derived in some way either from that holy man, or from the island, Holy Island, off the northeast English coast which he made his retreat in the seventh century. 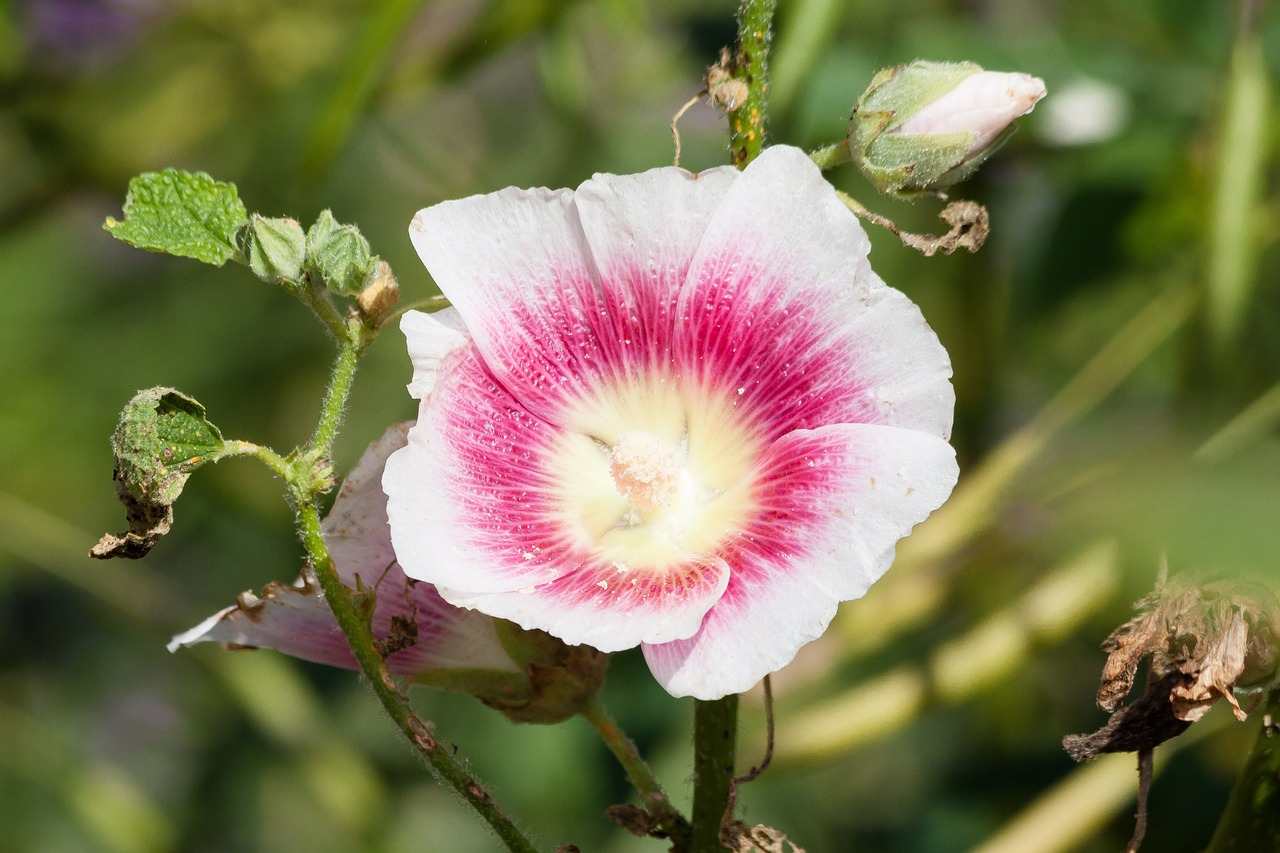