What does interloper mean and Where does the word “interloper” come from?

About the middle of the sixteenth century a group of British merchants formed a company for the carrying on of trade with Russia.

The company, under the name of the Russia Company, was highly successful through the next thirty or forty years.

Perhaps too successful, because toward the end of the century some Spanish traders operating from Holland, and other bands of Englishmen, began to break in upon the monopoly of the English company through bribes to Russian officials. 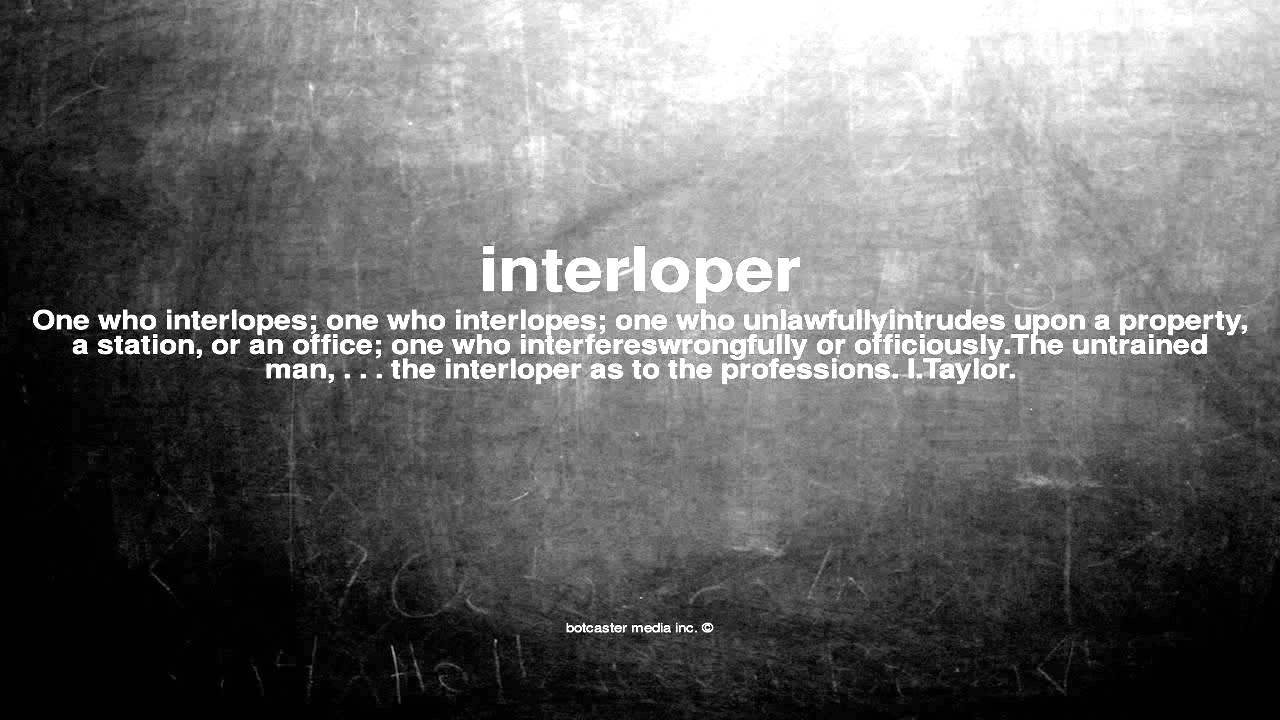 The interference was settled within a few years, perhaps with adequate counter-bribery, but the incident brought a new word into our language.

The trespassing traders were called interlopers; the source of the new coinage being the English lope, to run, and the Latin inter, between.