What Does SPF Stand For and What Does Sun Protection Factor Mean?

The numbers are not telling you how much radiation they block out, but how much time you can spend in the sun before your skin turns red, a condition doctors call erythema. And that’s quite another matter. 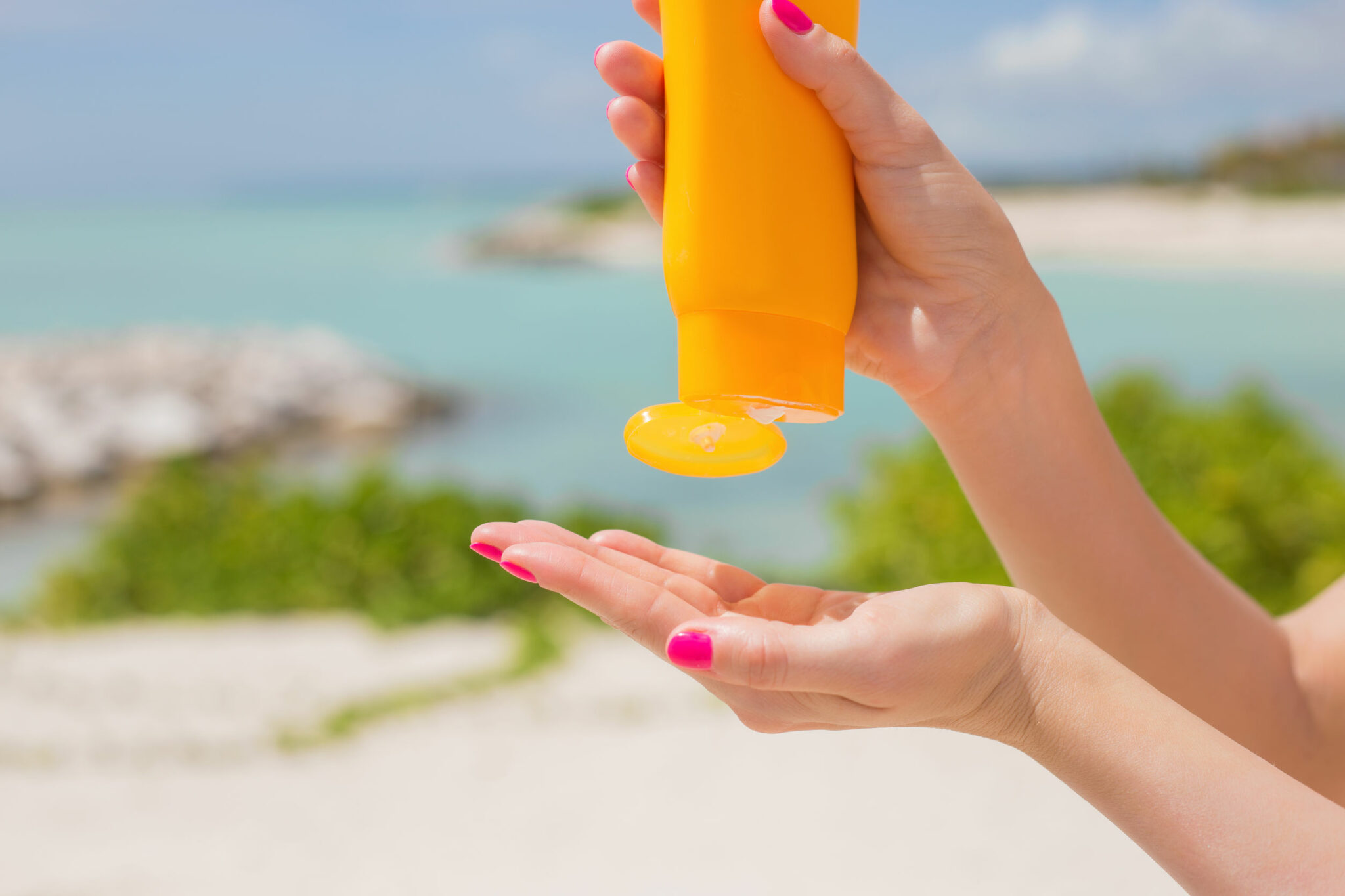 I’m well aware that the foregoing is probably the most confusing paragraph you have ever read outside of an IRS publication. But I’ll show you that it’s all quite logical.

First, though, what are those menacing radiations that rain down upon us from our life-giving star? The sun’s atoms, being as hot as they are (about 9800 degrees Fahrenheit or 5400 degrees Celsius at the sun’s surface), are continually giving off radiations of almost every energy … uh, under the sun, ranging from radio waves to X rays.

The dangerous X rays are pretty much filtered out by Earth’s atmosphere, while the sun’s radio waves are substantially less harmful than those emanating from a hard-rock radio station. That leaves only visible light and two types of invisible radiations: infrared, which warms us but doesn’t burn us, and ultraviolet. This last one is the villain.

Ultraviolet (UV) radiation is usually subdivided into three regions of energy, which scientists have imaginatively labeled A, B and C. We can eliminate ultraviolet C (abbreviated UVC) from our fears, because it is absorbed by the atmosphere’s ozone layer, which, though threatened by human activities, is still pretty much up there. So the only things we have to worry about at the beach besides our paunches and cellulite are UVA and UVB, which can cause not only sunburn, but permanent skin damage and cancer.

Sunscreens are a mixture of active chemicals in a cosmetically appealing base. The molecules of any chemical selectively absorb radiations of specific energies.

The sunscreen chemicals have prodigious appetites for absorbing ultraviolet radiation, even when in extremely thin layers on the skin. On the labels of sunscreen containers, you’ll see UVA absorbers such as avobenzone or Parsol; UVB absorbers such as octyl methoxycinnamate and other cinnamates, homosalate, octyl salicylate and padimate O; and double-threat UVA-UVB absorbers such as oxybenzone and other benzophenones. A chemical called PABA used to be popular, but it irritated some people’s skin and is no longer used.

Okay, chemistry class dismissed. But I thought you’d like to be able to interpret the ingredient lists on the product labels.

Not to worry about the names, however. Most products are carefully balanced witches’ brews of chemicals designed to absorb the entire range of harmful UV energies. But remember that they are tested primarily for burn prevention, whereas research continues to find certain UV energies to be worse than others at causing premature skin aging or cancer. It’s best to choose a “broad spectrum” sunscreen to cover both your back and your bets.

Now back to those tricky SPF numbers. It’s all in the arithmetic. Watch me. Nothing up my sleeve.

Suppose that Brand X sunscreen cuts out half, 50 percent, of the burn-producing UV rays. Obviously, you could stay out twice as long as usual without burning. If you’d ordinarily burn in one hour with no protection, you could stay out for two hours. In other words, the SPF is 2.

Now suppose that Brand Y cuts out 75 percent of the UV rays, which means that you’re being exposed to only 25 percent of the burning rays instead of 100 percent. You’d be able to stay out four times as long as with no protection, wouldn’t you? (100 ÷ 25 = 4.) The SPF then is 4. Brand Y cuts out only 25 percent more of the UV rays than Brand X does, yet its SPF is twice as high: 4 instead of 2!

You see that by paying more money for a higher-SPF product, you’re blocking only a small amount of additional radiation. It’s a classic case of diminishing returns. Even if you’re a creamy-skinned redhead whose skin tends to match your hair after an hour in the sun, you don’t really need an SPF of more than, say, 30. What makes you think you’re going to be outdoors for more than thirty hours, anyway? The sun does have a habit of setting, you know.

A sunscreen rated at SPF 30 allows you to stay out in the sun twice as long as an SPF 15, yet it cuts out only about 3 percent more of the sunburning rays.