What does the expression “hanged, drawn, and quartered” mean and Where does it come from?

The expression “hanged, drawn, and quartered” means to be subjected to the direst penalty; originally a judgment rendered upon a criminal sentenced to death, but now often jocularly threatened to a person in mild reproof.

The original sentence was anything but a joke.

Prior to the fifteenth century it meant that the person so sentenced for a major crime was to be drawn at a horse’s tail or upon a cart to the scene of execution, there to be hanged by the neck until dead, and his body then to be cut into four quarters and scattered into various parts of England. 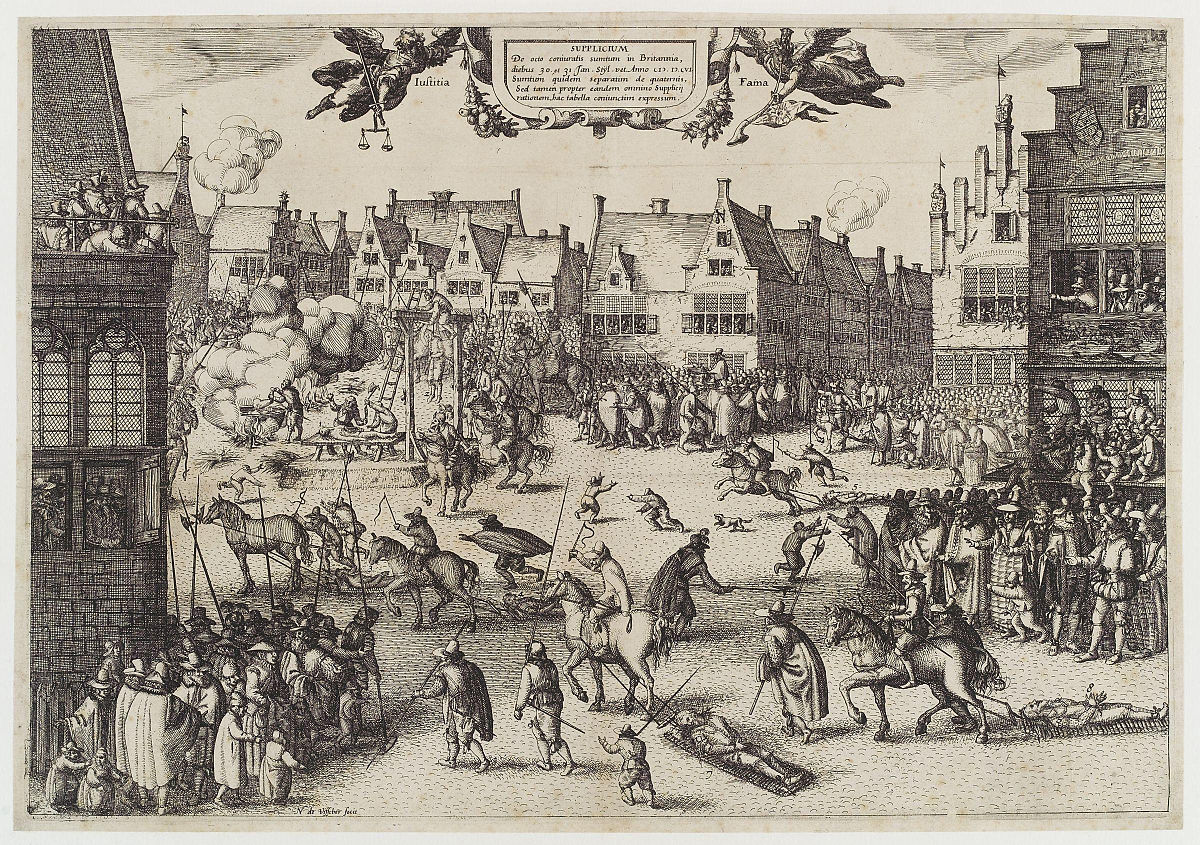 In later times a further penalty was allotted; the victim was first briefly hanged, then, while still living, he was disemboweled (drawn), then beheaded and quartered.