What does the expression “on the water cart” (or wagon) mean and Where does it come from?

The watering or sprinkling cart was a much more familiar vehicle on our dusty American streets a few decades ago than it is today.

In fact, nowadays one sees only a motorized version of it cooling hot paved city streets in midsummer.

But from the use of this former vehicle in slaking the dust of the roads, those of our forebears, troubled with dusty throats but seeking to avoid strong drink, spoke of climbing aboard the water cart. 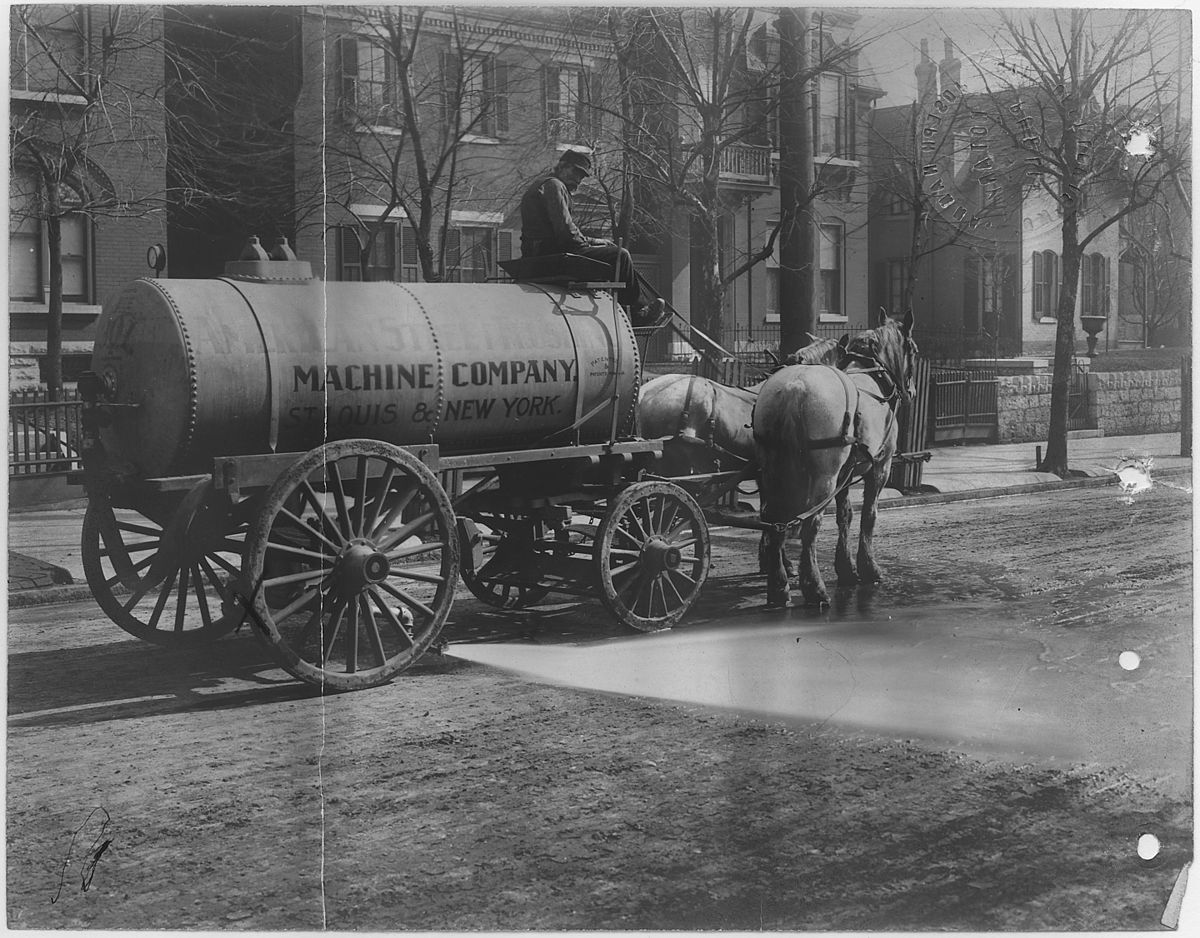 The expression arose during the heyday of the Prohibition movement, in the 1890’s.

The earliest record cited in The Dictionary of Americanisms is that appearing in Alice Caldwell Rice’s Mrs. Wiggs of the Cabbage Patch (1901).

Mrs. Wiggs, speaking of Mr. Dick, who is “consumpted,” said: “He coughs all the time, jes’ like Mr. Wiggs done.

Other day he had a orful spell while I was there. I wanted to git him some whisky, but he shuck his head, ‘I’m on the water-cart,’ sez he.”