What happened in the duel between Alexander Hamilton and Aaron Burr?

Burr and Hamilton had become political rivals when Burr won a Senate seat that had belonged to Hamilton’s father-in-law.

When Burr left the vice presidency and ran an unsuccessful campaign for New York governor, he was the victim of a vicious smear campaign that he thought Hamilton might have had a hand in. 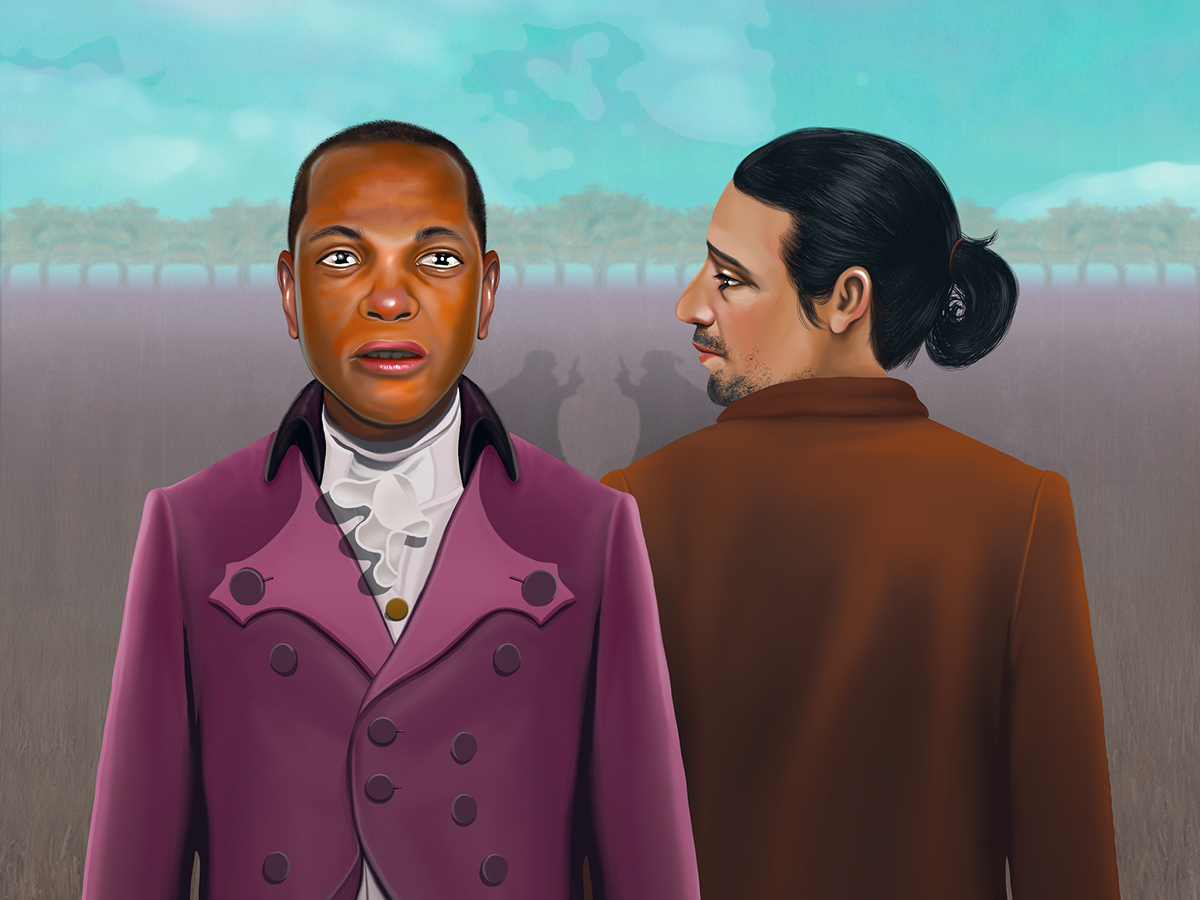 Afterward, when Hamilton made some negative statements about him in the press, Burr challenged him to a duel. Hamilton was killed, but Burr’s “victory” made him a political and social pariah, and murder charges hung over his head in New York and New Jersey.

A few years later, Burr got himself into even further disgrace when he was caught putting together a private army with the hope of conquering parts of Louisiana and Mexico and creating his own kingdom.

He was tried for treason, but escaped conviction on a technicality. After hiding out in Europe for a few years and piling up his debt, he had to quickly leave to escape debtors’ prison. Returning to New York, Burr managed to get the old murder charges dropped and began practicing law again.

Still, after personal setbacks, including the death of his beloved daughter and a disastrous late-in-life marriage and divorce, he lived a life “severed from the human race”, as he put it, and died forgotten in 1833 at the age of 80.