What is a gorgon and Where did the gorgon sisters come from?

Three hideous sisters, according to Greek mythology, lived in the region of Night at the extremity of the Western Ocean.

They were known as gorgons; their separate names were Stheno, Euryale, and Medusa.

The latter, the only one of the three who was mortal, had once been a beautiful girl, but having had the misfortune to enrage the goddess Athena, her aspect was changed so that she became even more fearsome and deadly than her sisters. 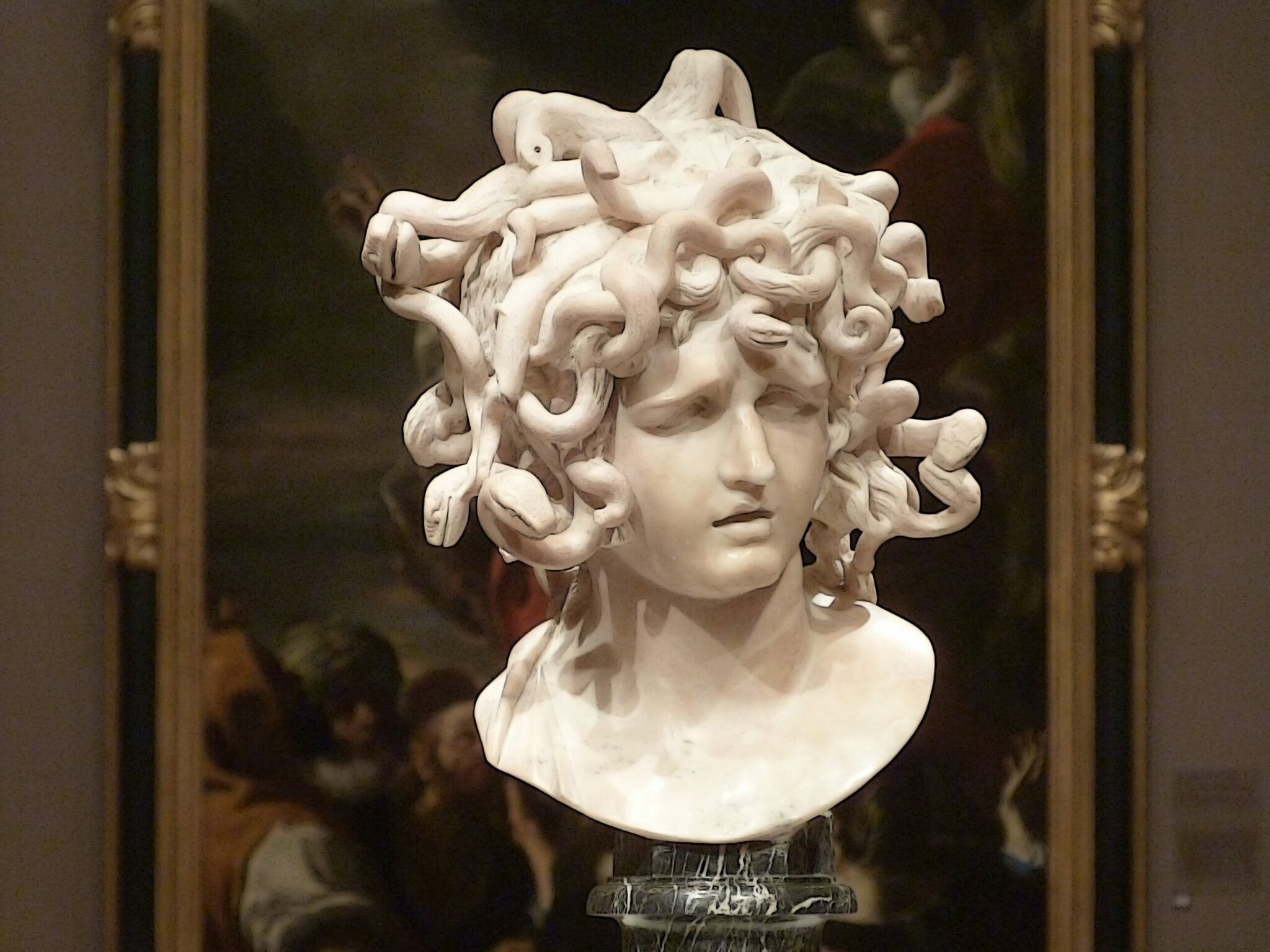 The sisters are described as being girded with winged serpents which had brazen claws and enormous teeth which they gnashed viciously. The hair of Medusa was changed by Athena into writhing serpents, which gave her head so fearful an appearance that anyone who looked at it was changed into stone.

According to other tradition, the gorgons were formidable animals with long hair, and of such frightful appearance as to paralyze anyone seeing them.

In modern usage, a gorgon repels more by a forbidding manner than by repulsive appearance.