What is a Navajo rug and How did Navajo rugs originate?

The Navajo have a long history as weavers. They were introduced to weaving on an upright loom by Pueblo Indians who moved to Navajo territory after fleeing from the Spanish in the mid-seventeenth century.

Traditionally, the Navajo women wove blankets, which their families used as bedding and clothing. Only in the late nineteenth century did they begin to make the rugs for which they are best known today. By that time, white merchants had set up trading posts in Navajo territory. 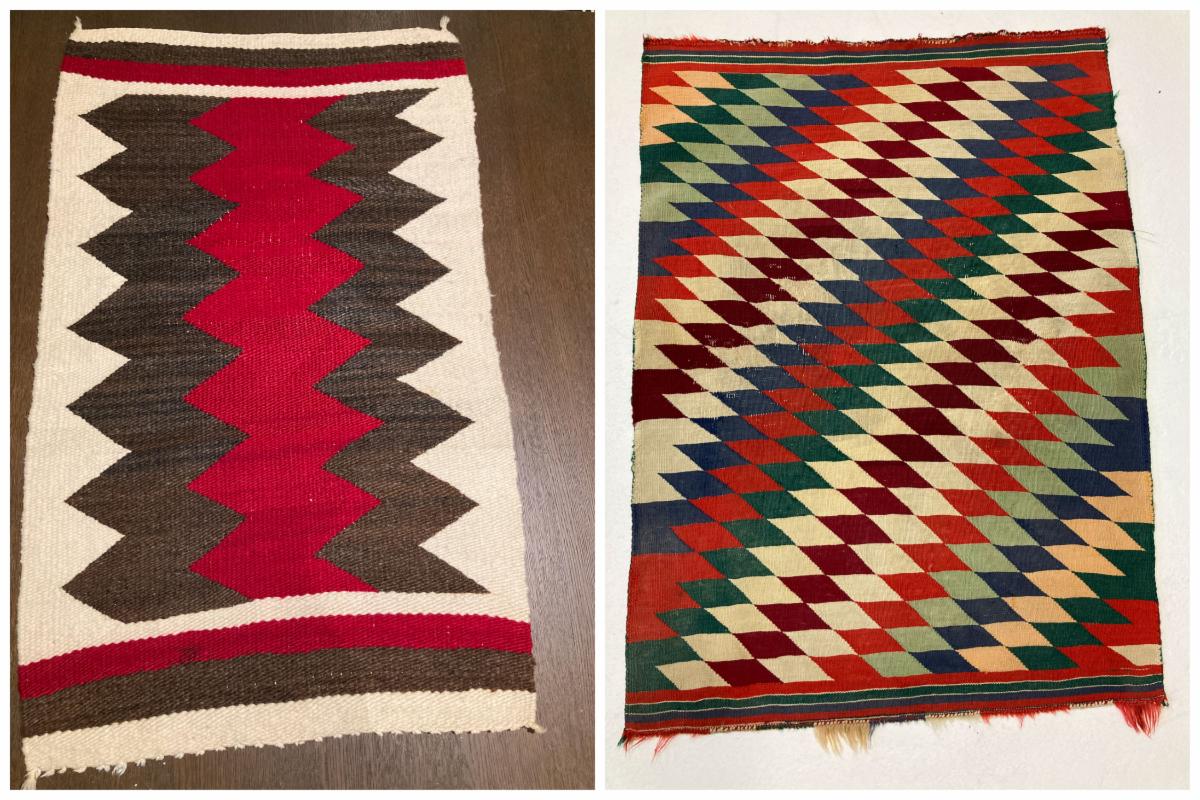 These businessmen bought weavings from the Navajo, then resold them at a profit to non-Indians. The merchants suggested that Navajos make rugs in addition to blankets because rugs could fetch higher prices.

According to their legends, the Navajo were taught how to weave by Spider-woman. Parents rubbed spider webs into the hands of baby girls to make sure they would grow up to be skilled weavers.