What Is A Pistol Shrimp And How Does It Catch Its Prey?

There is a small shrimp that can make a noise that sounds exactly like a firecracker. It is the Pistol Shrimp, also called the Snapping Shrimp, and it lives in the Atlantic Ocean from Virginia all the way down to Brazil.

This character is only 1.75 inches long, but one of its claws is very big. When it snaps it shut, it makes a sound so much like the explosion of a firecracker that it belongs in anybody’s Fourth of July parade.

The Pistol Shrimp uses the noise to stun its prey. This sound is so intense that submarines can take advantage of it to hide from sonar. The bubble that forms from the claws snapping shut emits not only sound but a flash of light. 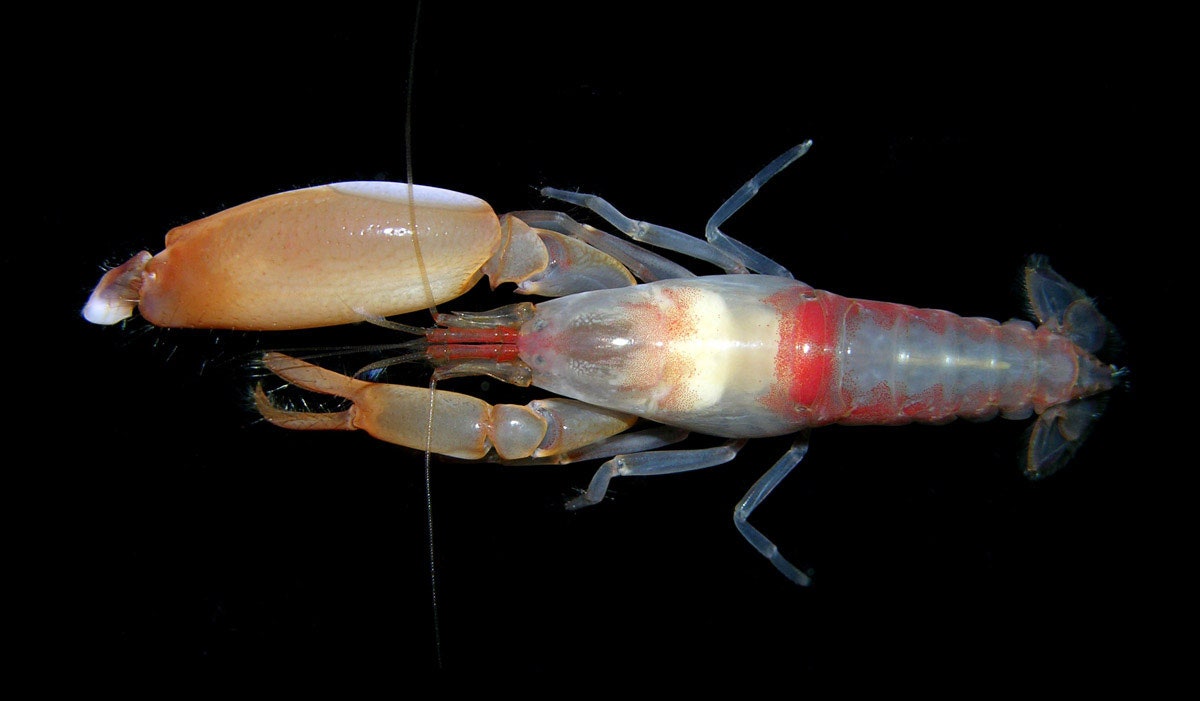 There is another type of shrimp that lives in very warm waters and is beautifully colored. This little animal can even be candy-striped in red! It is called a cleaning shrimp because it feeds by eating the parasites that live on the bodies of other fish.

Shrimp are a very important food to many animals in the ocean. In American waters alone, over 100,000 tons of shrimp are caught each year.