What Is Gnocchi, Where Did Gnocchi Come From, and Why Do Italian Potato Dumplings Sink In Boiling Water?

Gnocchi is a variety of thick, Italian dumplings made from semolina, wheat flour, potato, or bread crumbs.

Gnocchi is yummy when it is soft, airy, light, and “fluffy”.

The word gnocchi means “lumps”, and is a traditional Italian pasta type introduced by the Roman Legions during the expansion of the empire into the European continent. 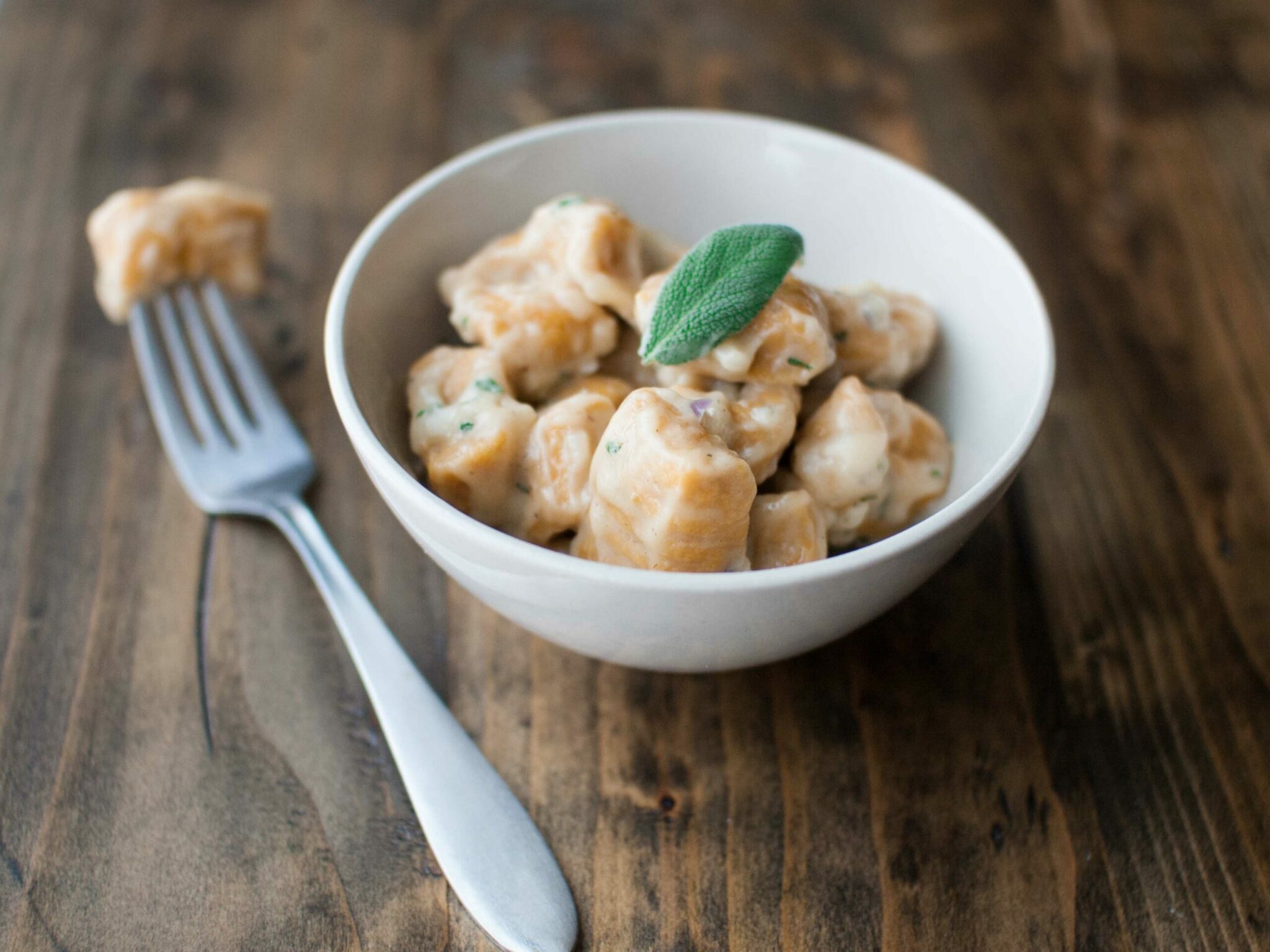 When the frozen gnocchi are placed in hot water the combined density of all the ingredients is greater than the density of boiling water, and therefore the gnocchi sink.

As the gnocchi warm up it’s a bit like inflating a rubber dinghy at the bottom of a swimming pool.

The air trapped in the dough expands and the combined density of all the ingredients becomes less than the density of boiling water, causing the gnocchi to rise to the top.

We’ve been making gnocchi for a long time and, as we had some frozen ones, we decided to do some rudimentary measurements in my kitchen.

First, our frozen gnocchi had a density of 0.63 ounce per cubic inch and they duly sank in plain boiling water. When they came to the surface and were well cooked, we scooped them up, drained them on a towel, and took the same measurements again.

This stage was very fiddly so the results must be taken with a pinch of salt.

Gnocchi sink because they are denser than water.

However, the dough of well-made gnocchi has many small bubbles of air which stay there and expand when the gnocchi are placed in boiling water, so they come to the surface.

Our cooked gnocchi sank in cold water because the air trapped inside contracted slightly.