Why does frost form on the outside of the glass of a Mint Julep after it’s mixed?

Any dyed-in-the-cotton Southerner knows there is “plenty” in mint juleps.

When sipped at the speed of a Southern drawl on a hot summer’s eve beneath a fragrant, blooming magnolia, few beverages are more refreshing than a mint julep, or more insidiously intoxicating, because its seductive sweetness masks the fact that it is virtually straight bourbon. But also intoxicating (to some of us) is the science behind the frosting.

Stripped to its mundane fundamentals, a mint julep is made by mashing mint leaves with sugar in a metal mug or goblet, filling it with crushed ice, and pouring a generous glug of bourbon in. Now, if we were to add plain water instead of bourbon, the ice and the water would soon come to the same temperature: a temperature at which they could coexist without all the ice melting or all the water freezing. (They would come to equilibrium.) That temperature, as you have guessed, is the freezing point, normally 32°F or 0°C. 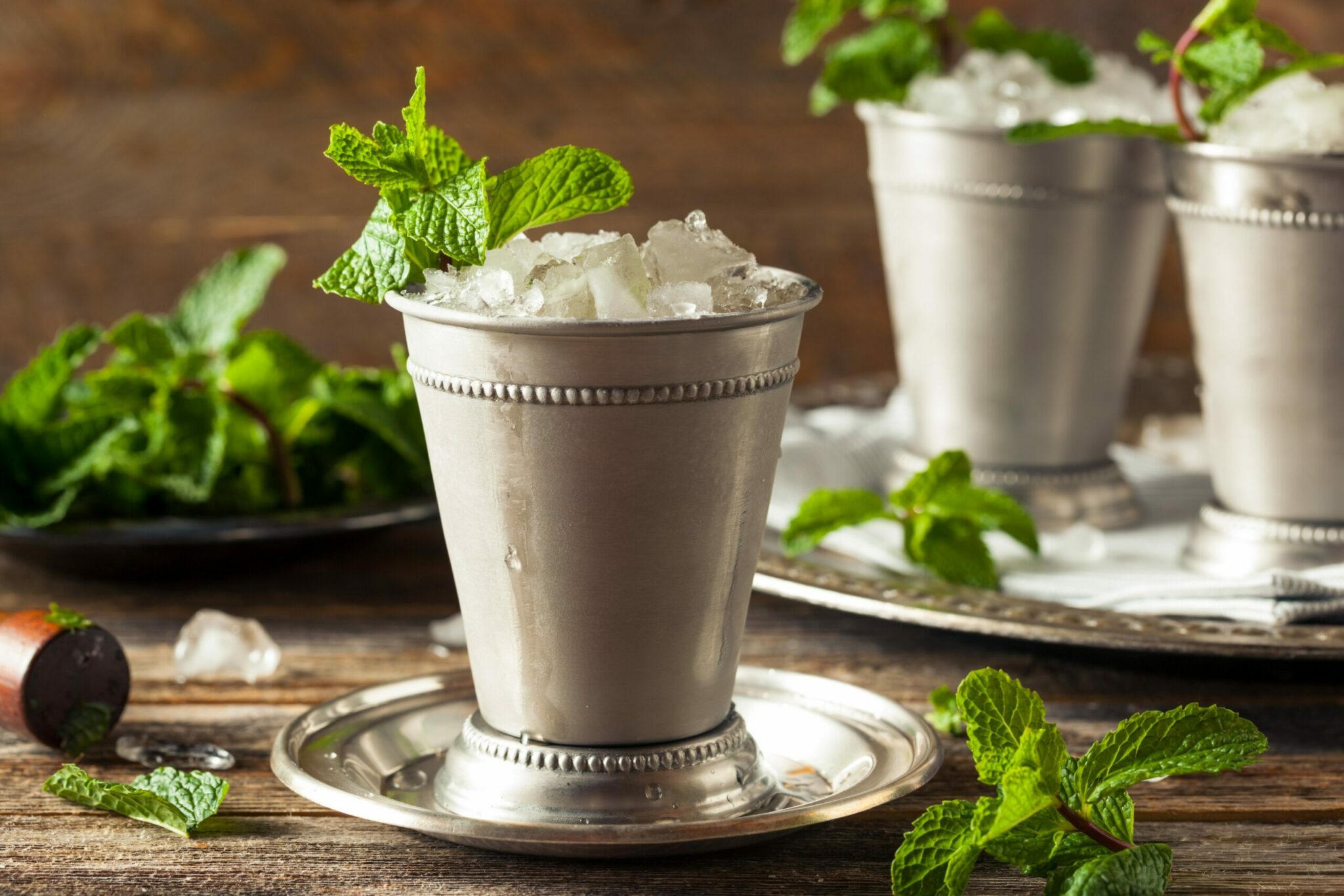 The cooling of the goblet’s contents by the bourbon’s alcohol can be so great that on a humid day the moisture in the air will not only condense on the outside of the goblet but actually freeze there, forming a coating of frost. A Tom Collins won’t get cold enough to freeze the moisture on the outside of its glass because it may contain only a few ice cubes and not enough alcohol to lower the freezing temperature very much. In a julep goblet, however, all that crushed ice has a huge surface area at which the ice/water equilibrium can play out its temperature-lowering game on a grand scale.

For the most spectacular presentation, mint juleps should be made and served in sterling silver, not silver-plated, goblets or cups, rather than in glasses. Glass is a very poor conductor of heat (and cold), whereas sterling silver is 92.5 percent silver, and silver is the best heat conductor of all metals.

A mere Yankee, I dare not venture to present here a recipe for a mint julep, inasmuch as part of the reason the South is warmer than the North is that Southerners are engaged in perpetual heated arguments about the best way to make one. Find a Kentucky colonel (no, not that one; he’s no longer with us) and ask him.