What is the Difference between Bananas and Plantains and Where do Plantains come from?

Plantains are tropical fruits closely related to bananas, both members of the genus Musa, but much starchier and containing much less sugar when ripe. They’re also known as cooking bananas, which is a clear tip-off that they’re not meant to be eaten raw.

Plantains are a staple in Africa and especially in Latin America, where they are known as plátanos  in Spanish. In Puerto Rico, for example, plátanos are made into a variety of crunchy appetizers, including tostones (round slices of green plantain, flattened, fried, and garlic-salted) and arañitas or “little spiders” (fried, ragged pancakes of shredded plantain). Soft, ripe plantains, called amarillos (“yellows”) are baked with butter, brown sugar, and cinnamon in a Caribbean version of Bananas Foster.

And by the way, the old windowsill-ripening ploy is sill-y. It was originally intended as a dependably sunny spot, but picked fruits don’t need sunlight to ripen. 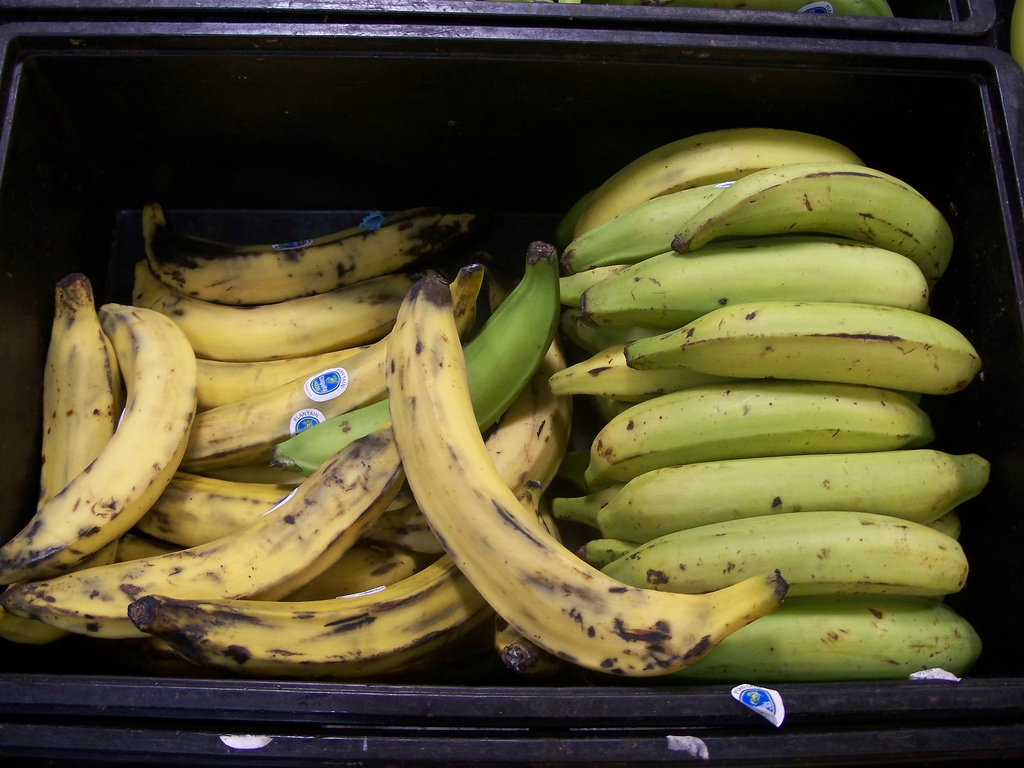 When your bananas are beginning to look like Chiquita’s worst nightmare and there’s no time to make banana bread, the fix is easy. Make sautéed Bananas, a simple but widely unappreciated dessert.

If that’s not fancy enough for you, make the pride of New Orleans, Bananas Foster. Its banana liqueur enhances the fruit’s flavor.

In 1951, as the story goes, Owen Brennan, owner of the still-famous Brennan’s Restaurant in New Orleans, was asked to come up with a new dessert for a magazine feature story on the restaurant. His chef, Paul Blangé , created Bananas Foster, which today is perhaps even more famous than the restaurant.

But who was Foster? Richard Foster was a friend and good customer of Brennan’s, and Brennan named the dish after him. There is no truth to the rumor that Mr. Brennan’s even closer friend, Flawiusz Byczewski, committed suicide after losing out on the naming rights. Nevertheless, we have named our version of this dessert in his honor.