What Makes a Magnet Attract Iron, But Not Aluminum or Copper?

Magnets are attracted only to other magnets. A piece of iron contains billions of tiny magnets, but copper and aluminum don’t.

With magnets, we call the two opposites “north” and “south” instead of “positive” and “negative.” There is no direct force between an electric charge and something that isn’t electrically charged. It’s the same with magnets; no second magnet, no attraction. 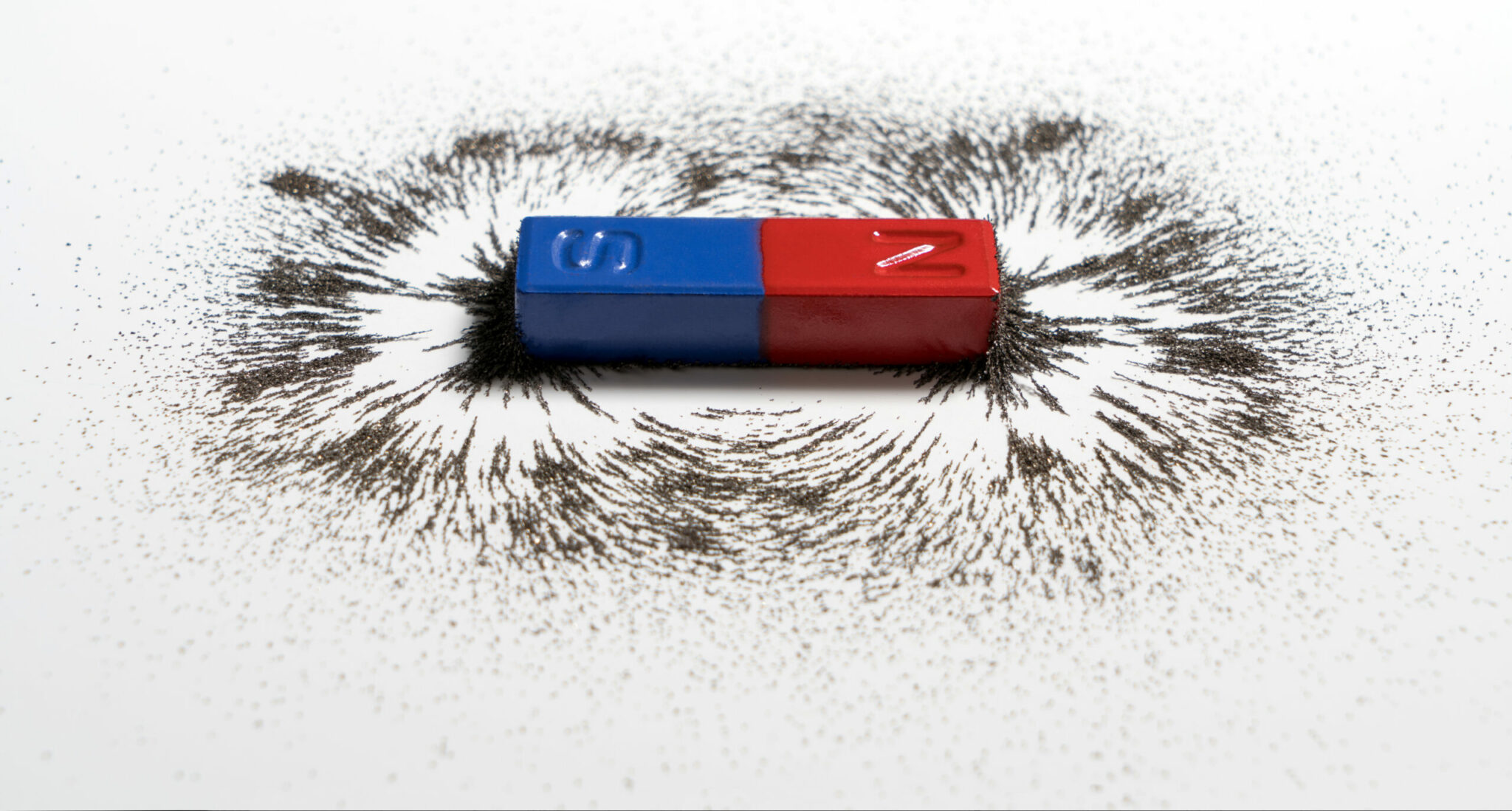 Iron’s atoms are tiny magnets because their negatively chained electrons, each iron atom has twenty-six of them, are spinning like tops as they circle the nucleus in the same way the Earth spins as it circles the sun. This spinning motion generates one of those “crossover” electric-magnetic situations, making their electric charges act like magnets.

But most of iron’s electrons are arranged in such a way that they’re all matched up in pairs, and when spinning electrons pair up, they cancel each other’s magnetism just as two bar magnets would: north pole to south pole and south pole to north pole. Four of the iron atom’s electrons, however, don’t have partners, and because they’re not paired up they impart a net, uncanceled magnetic effect to the atoms. Iron atoms, therefore, are magnetic and will be attracted to a magnet.

That’s all very well, but iron isn’t alone, by any means. Dozens of elements,  even aluminum and copper, have unpaired electrons in their atoms and are therefore magnetic. Even oxygen atoms have unpaired electrons and are attracted to a magnet. You can’t see it happen in the air, ol course, but if you pour liquid oxygen onto a strong magnet in a lab, you’ll see it stick.

Place a carpenter’s bubble level on the table and bring a strong magnet close to one end of the bubble. Observe closely using one of the index marks on the tube as a reference point, and if the magnet is strong enough you’ll see the air bubble move slightly toward the magnet. That’s not because the oxygen in the air in the bubble is attracted to the magnet, however. You’d need a very powerful magnet to see that. It’s because the liquid in the level is repelled from the magnet by a kind of paramagnetism. When the liquid moves one way the bubble moves the other.

What is different about iron’s much stronger kind of magnetism (Techspeak: ferromagnetism; ferrum is Latin for iron) is that in a piece of iron, the atomic magnets need not always be pointing in random, every-which-way directions, like a bunch of compasses in a magnet warehouse. If we stroke a piece of iron with a magnet, we can drag the iron’s atoms into a lined-up arrangement, all pointing their north poles in the same direction and their south poles in the opposite direction.

Because of the precise sizes and shapes of the iron atoms, they will then remain in that lined-up arrangement without flopping back. This produces a very strong additive magnetic effect, millions of times stronger than the magnetism of the individual atoms. The result is that the piece of iron has been magnetized: It has itself become a magnet and will attract other pieces of iron.

In only three elements, iron, cobalt, and nickel, are the sizes and shapes of the atoms exactly right for them to line up and stay that way. That’s why these three metals are the only three ferromagnetic elements. Iron, however, is the strongest.