What makes a Skunk’s Musk or Spray Smell so Bad and why does Washing make it Worse?

Six different compounds of sulfur and hydrogen make up the smelly skunk musk. The two musk glands, located near the skunk’s anus, can squirt or spray musk up to ten feet.

The odor especially permeates hair or fur, including wool clothing, because it reacts with animal protein, making it smell even worse.

But that’s just the beginning. 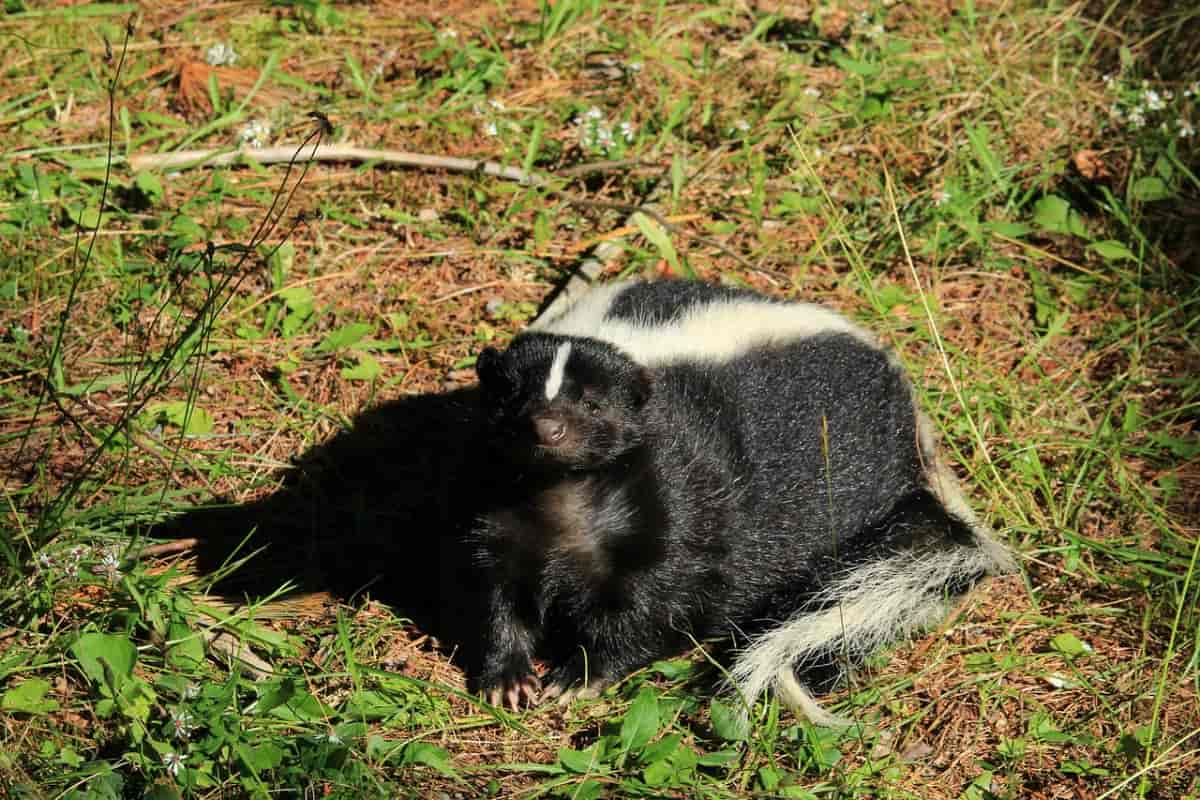 Only three of the compounds stink when first sprayed by the skunk, the other three have a delayed action that kicks in when they contact water, which makes washing counterproductive.