There are two answers to this question.

The first is that the time for a person is the time determined by her or his circadian rhythm. Initially, this physiological time will be close to the time for the longitude where the individual lived before visiting the pole.

Over a period of weeks at the pole, this time will drift as the individual settles into a rhythm with a period that is usually about 25 hours long. 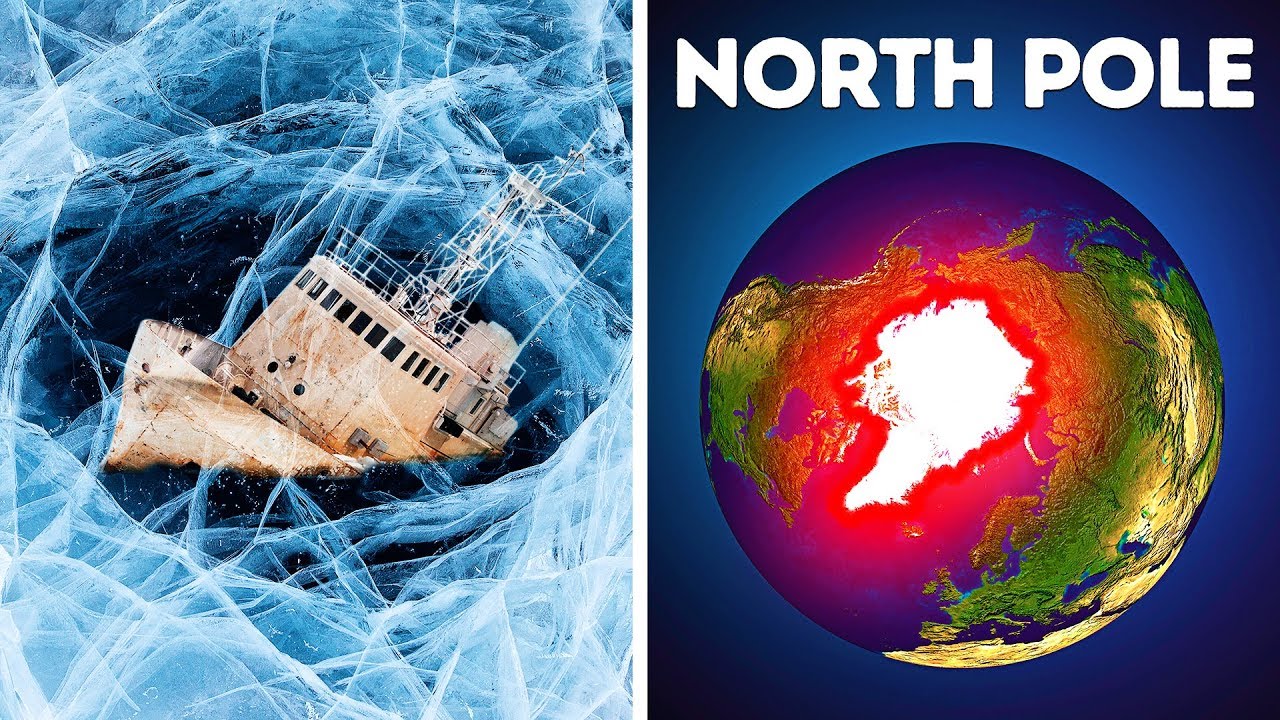 We have not been at the pole near the equinoxes, but we would imagine that there are also several continuous weeks of twilight when the sun is just below the horizon.

The crux of the question is this: how should a person born and bred at the North Pole, who has never heard of Greenwich or Tokyo or any other place on the Earth, start measuring time?

This can be done as follows. Suppose that it is the dark period of the North Pole when the sun is below the horizon all the time. Fix a horizontal board at the pole and draw a circle on it with two diameters perpendicular to each other. Label the ends of the diameters A, B, C, D round the circle.

At the North Pole, you can see the stars revolving in planes that are parallel to the horizon. The plane of the horizon coincides at the poles with that of the celestial equator.

Then choose some star on the horizon and define o hour as the instant when this star passes across the line of sight of point A when viewed from the circle’s centre (the pole). The crossings of the star across B, C and D will correspond to 6, 12 and 8 o’clock respectively.
It is then easy to draw other straight lines on the board representing intermediate hours.

The next problem at the Pole would be how to decide what time it was in the summer, when no stars can be seen because it is constantly daylight.
Having drawn the hour lines in the winter, you must wait for the sun to appear above the horizon. At the moment it is sighted at the approach of the Arctic spring, we make a note of its direction on the board. The hour line on which it falls can be called the time of sunrise in the 24 hours system that was devised during the winter.

The sun will revolve, like the stars in winter, in a plane parallel to the horizon, but unlike our reference star, which always revolves in the same plane, the sun’s plane will be higher up day by day, ultimately reaching a highest level of 23.5 degrees from the horizon.

Then it will become lower and lower again until, six months after our first sighting, the sun will disappear below the horizon.

This isn’t a sensible question: time is independent of location. When it is 1800 GMT in London, it is also 1800 GMT at the North Pole, in Timbuktu or on the far side of the moon.

One could ask: “what time zone is it at the North Pole?” but this also fails. Time zones are defined politically and administratively rather than by geography. Because the North Pole is floating on the high seas no time zone is defined for it.

What time is that? The International Date Line runs through the North Pole, leaving the pole sitting eternally between one date and the next. In other words, it is always midnight at the North Pole.

This, of course, explains how Father Christmas manages to deliver presents to every good little boy and girl throughout the world in the space of a single night.

He just heads out of his grotto due south, which from the North Pole is any direction, drops off as many presents as he can fit on his sleigh and then he heads back home where it is exactly the same time as when he left. So he can then drop off more prezzies, return home, and so forth.

The North Pole is, of course, the true spiritual home of the politician because in answer to the question “what time is it?”, she or he can, with all honesty, say “what time do you want it to be?”