What Was The Biggest Hailstone In The World?

Other stones have frequently been reported to be the size of a baseball or even a small grapefruit. How would you like to be hit by one of these?

The largest hailstone reported in the United States fell in a storm in Potter, Nebraska, in 1928. It was round and hard and weighed a pound and a half with a circumference of seventeen inches, just about the size of a softball. 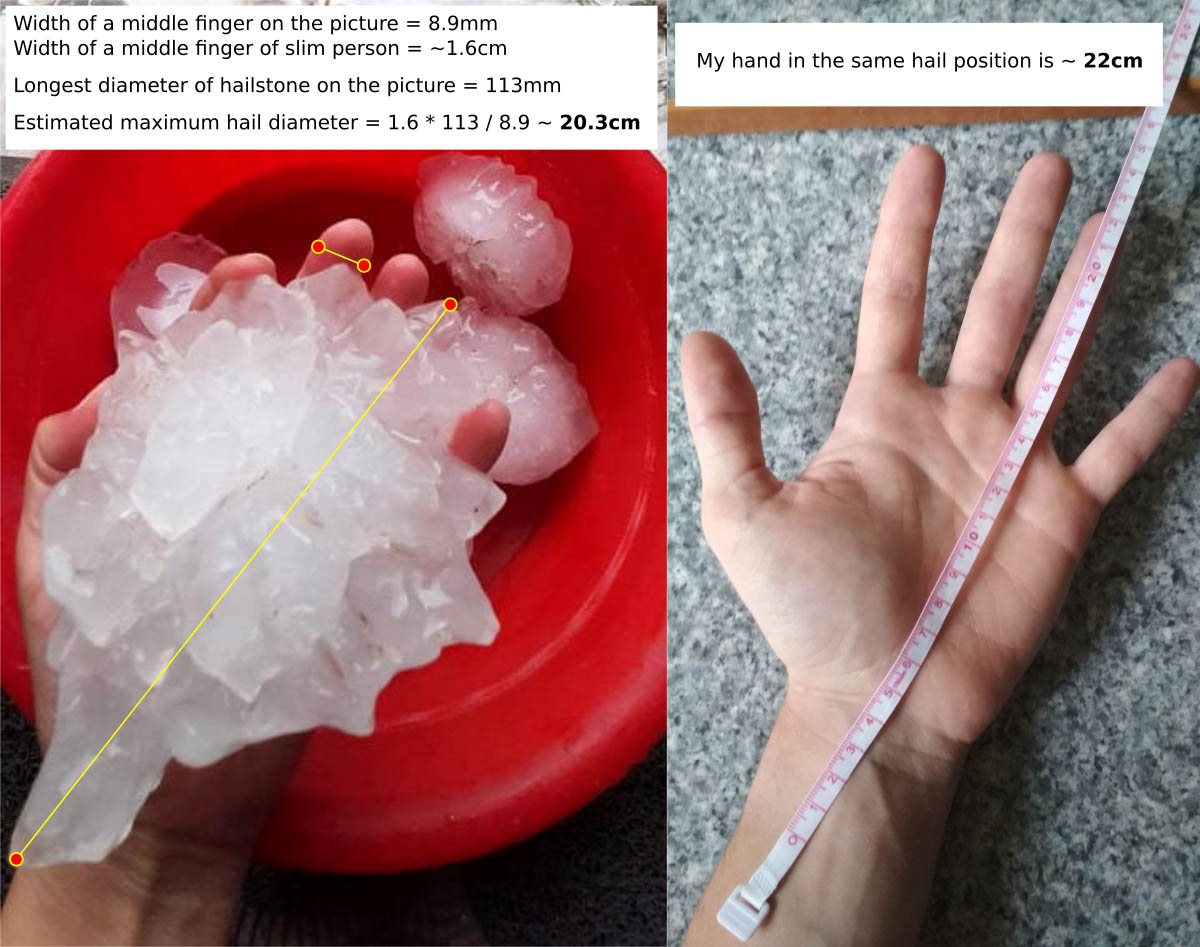 However, the largest hailstone in the world that has ever been found was in India after a hailstorm on March 17, 1939. This stone weighed seven and one-half pounds. Scientists wonder if perhaps this stone was not really several stones that had joined to make one.

Though this stone was officially recorded and verified, it was not tested to make sure it was a single stone.