What Would a Surfboard Have To Be Made of To Be Able To Surf Down Molten Lava Flow Without Melting?

Just take an old surfboard, punch lots of holes through it, and connect them to a water tank placed on top of the board.

Water escaping through the holes will create the same effect that you can observe when spitting on a hot iron plate.

The droplets dance on the plate for quite a long time because they are separated from the plate by a thin layer of steam, which is a bad heat conductor. 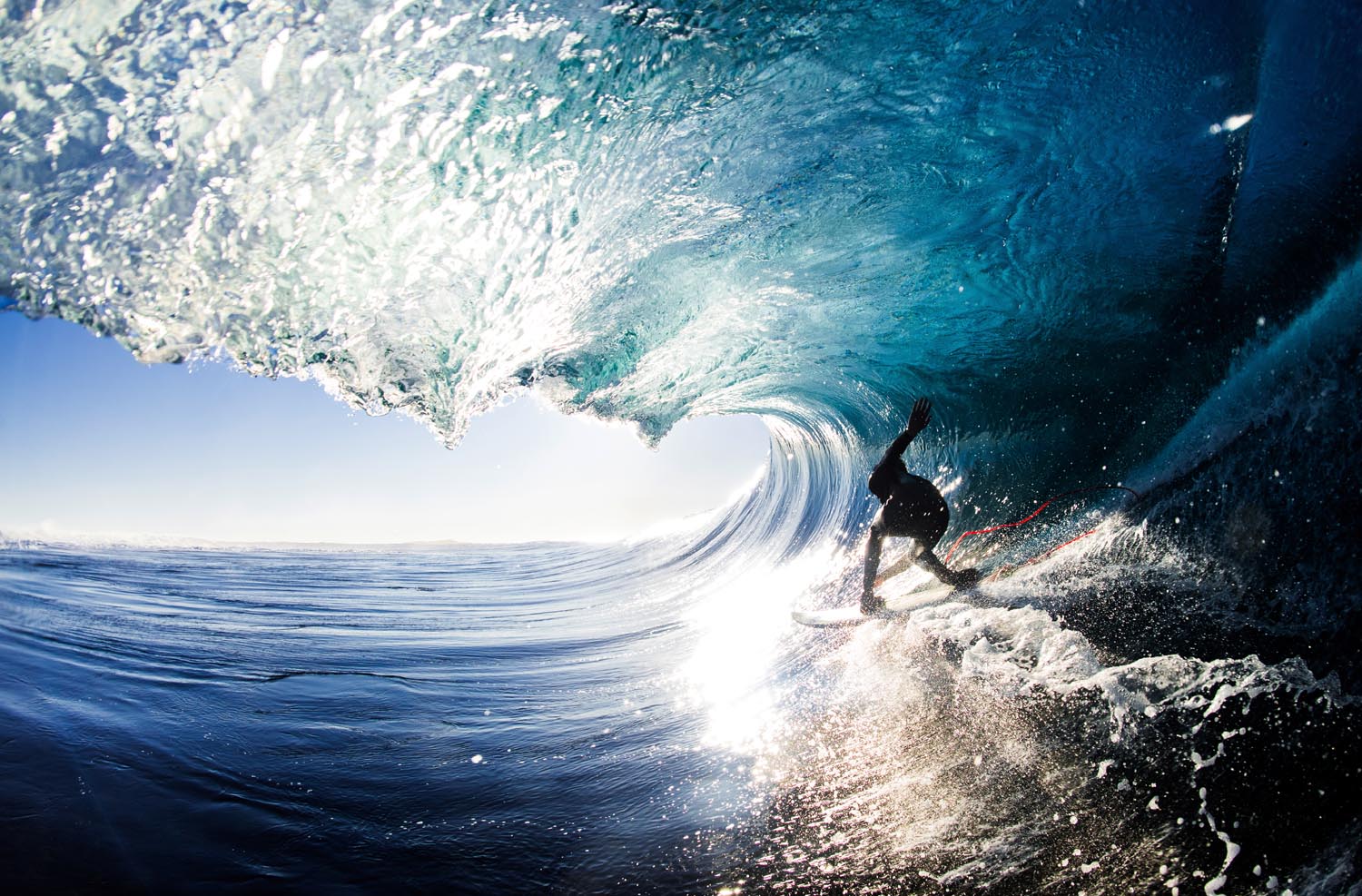 This effect would allow you to surf on the lava wave, because the board would be cushioned from the lava by the steam layer. The friction between the board and the lava would be virtually zero. The invention should be known internationally as the sizzleboard.

A lava surfboard must not only be melt-proof but it should also be less dense than the lava underneath and it should provide insulation for your feet.

If you are trapped at the summit of a volcano and you need to surf in order to escape, then you must use indigenous materials.

Fortunately, volcanoes not only produce lava but also solid materials that are of roughly the same geological composition as lava but are less dense and more insulating because they contain gas bubbles.

A slab of this material, say 20 inches thick by 3 feet wide and 6 feet long, would float on molten lava and, just as important, it would melt quite slowly. I suspect that you could travel a mile or more before you would have to abandon it. Hopefully, by then, you would have been able to negotiate your way to an area of dry, cool ground.

However, if you know in advance that you will need to float on molten lava, you would be better off making a boat from a heat-resistant, or refractory, material that would not melt and would last as long as you needed it.

The vertical sides of the boat would also protect you from the heat radiated by the lava far better than a surfboard would.

The temperature of molten lava is usually about 2,550°F although it can be as high as 3,000°F depending on its chemical composition, so the best material to use for a boat is high-purity alumina insulating refractory concrete. This is made of aluminum oxide, which melts at 3,600°F, hardly reacts with molten lava and contains hollow bubbles, so it is slightly less dense than the molten lava it will have to float on, and is a good insulator too.

To construct your boat, make a mold by digging a pit in the ground of the shape you want the outside of the boat to be, then pound the soil in the pit until it is compact and smooth.

If the only consideration is melting point, there would not be much difficulty. Different types of lava melt at different temperatures, rhyolite at up to 1,650°F, dacite at up to 2,000°F, andesite at up to 2,200°F and basalt at up to 2,300°F.

However, your feet would get a bit hot, so it would be better to use a nonmetallic insulating substance such as the following ceramics: Cr203 melts at about 4,100°F and even Al203 at about 3,720°F would be safe, and both would provide insulation for your feet.

Oak is also an option. All woods, and especially oak, form a protective carbonized layer when burnt, which slows further combustion. Indeed, when designing a timber structure one can allow for this layer to provide fireproofing.

Timber structures are always designed a little over the size that is actually required so that their structural integrity is retained in case of fire. A thin steel plate lining the outside of the board would protect against abrasion if the surfer wanted to go back to the top to repeat the experiment.

The problem is not just keeping the heat away.

Of course, the designer would have to be a quick and accurate worker or their career may not be quite as long as they might hope.