No one knows for certain where the game of chess was first played. 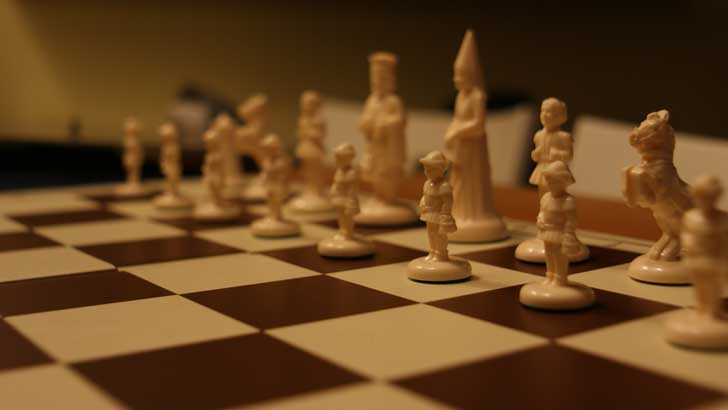 Most likely, the game began in ancient India, where it was called chaturanga. This word refers to the four members of an Indian army: the foot soldier, the elephant, the chariot, and the horse.

During the 6th or 7th century, the game traveled from India to neighboring Persia, where its name became shatranj. From there it spread to the Arab lands, then moved into Europe sometime around the 10th century.

The elephant of the Persian game became our bishop. The queen was originally called a “general.” And the name of the rook ( the “castle”) comes from a Persian word that means “soldier.”

The longest chess match of all time, which took place in Russia in 1945, took 21 hours and 171 moves to complete, and ended in a draw.

1 thought on “Where Did Chess Come From?”