Where did humans come from and How do Anthropologists know when humans was born?

The controversial question of when humans evolved to a large extent remains shrouded in mystery.

To start, we have no clear cut biological definition of a human being, nor do we have a precise behavioral definition.

Some of us would like to forget our animal ancestry altogether; others admit the descent from apes but allow a good 15 million years in between for evolution and progress to the point where we seem to have little in common with monkeys. 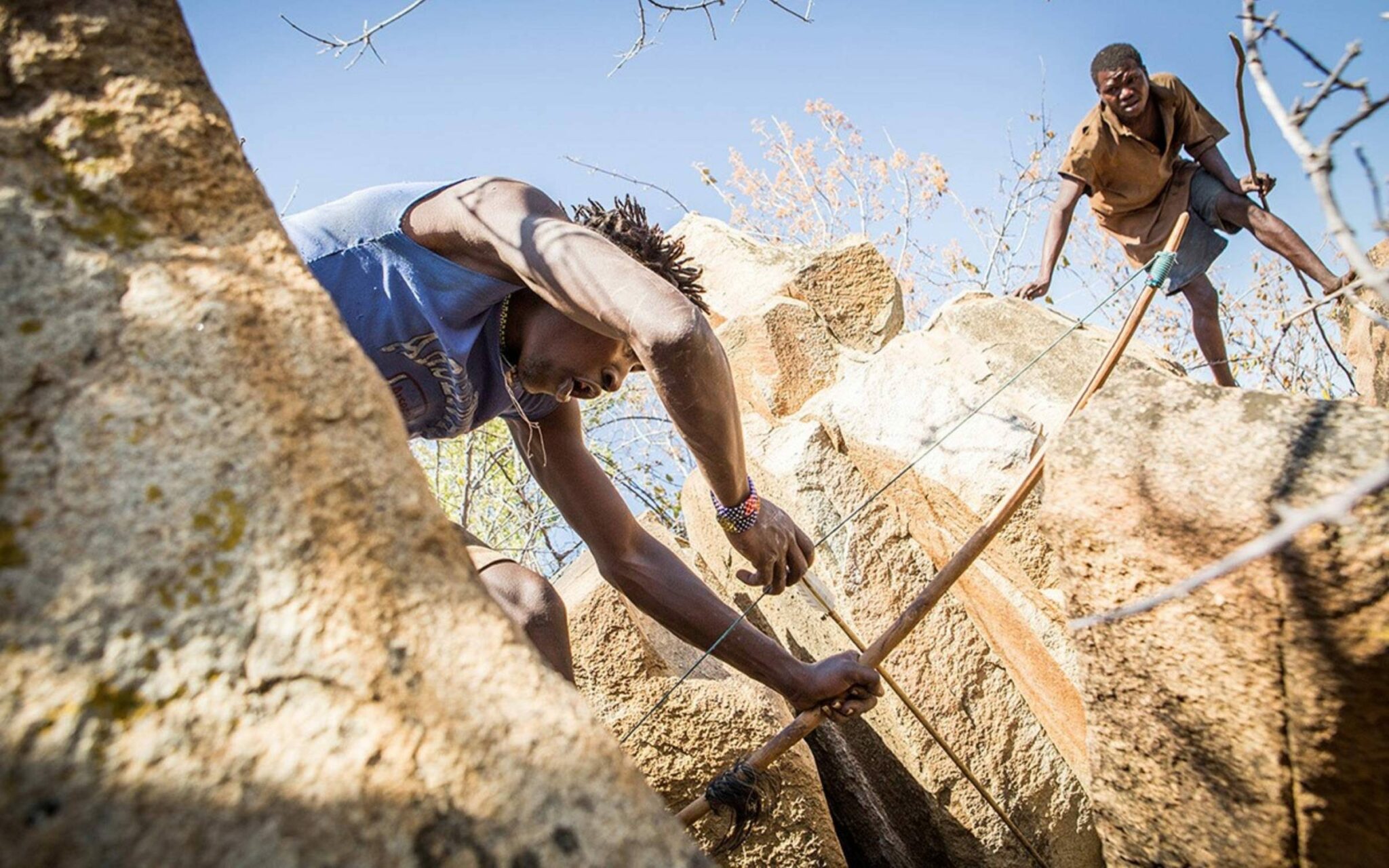 Anthropologists have unearthed clues to the past, but a complete and final answer is yet to be found, perhaps buried in a remote recess of the earth, perhaps embodied in man himself.

A recent breakthrough, reported in Smithsonian magazine, derives from a comparison of our own blood proteins with those of various species of apes and monkeys.

In 1967 Vincent Sarich and Allan Wilson of the University of California measured the similarities by first injecting rabbits with human albumin, which caused them to produce antibodies. Sarich and Wilson then mixed the albumin proteins of various primates with the antibodies.

The stronger the reaction of the antibodies, the closer the relation between the human and animal albumin proteins. In the case of monkeys, the reaction was 80 percent. The antibody reaction for gibbons was 88 percent; for orangutans, 92 percent. The closest of all were the African apes, the chimpanzee and gorilla, whose albumins caused a 96 percent reaction.

We now know that, in addition to strong similarities between certain human and chimpanzee blood proteins, almost 99 percent of the DNA in chimps is identical to our own. Sarich and Wilson went on to hypothesize that the rate of evolution of the blood proteins is constant. Given the known differences today, they calculated that man’s divergence from the African ape occurred a mere 5 million years ago.

Another party, working in the field rather than in the lab, found in the flat topped volcanic craters of Ethiopia’s Afar Triangle the bones of hominids that lived 3 or 4 million years ago.

One expedition was led by F. Clark Howell of the University of California and Yves Coppens of the Musee de l’Homme in Paris; a second was organized by Donald Johanson of the Cleveland Museum of Natural History and Maurice Taieb of the Centre National de la Recherche Scientifique.

The bones of thirteen individuals were uncovered, and many were pieced together. The formation of a knee joint indicated that the hominids, called Australopithecus afarensis, walked upright. And they had human feet that pointed straight ahead, rather than to the side as do those of apes.

Many anthropologists (particularly Owen Lovejoy and Richard Lee) now believe that the upright position evolved not so that the primate could use tools, as Darwin believed, but rather so that the male could carry food back to the female. This was the result of a long period of evolution in which early primates experienced longer periods of time between births and longer periods of infant dependency.

To enable the species to survive, the male assumed the role of provider, ranging far and wide to gather food, while the female remained with her vulnerable infant.

A system of monogamy thus arose out of necessity and apparently was used by the mysterious afarensis. Not only did they look like human beings, then, with their upright stature, but some patterns of social order may have been similar to ours. Is this enough to call them early men?

Not quite, for in the area of brain power the afarensis doesn’t hold up. The size of the skull of the hominid shows that its brain was similar in size to that of a chimpanzee: 300 to 500 cubic centimeters compared to modern man’s 1,000 to 2,000 cubic centimeters. The overall height of afarensis was only about 3 1/2 to 5 feet. Johanson and Tim White of the University of California believe that afarensis split into two branches: one favored muscle power and large jaws and became extinct; the other developed increasingly larger brains and perhaps led to the genus Homo.

The earliest traces of Homo erectus date from about 1.5 million years ago. Their brains ranged from 800 to 1,300 cubic centimeters, and they are particularly distinguished by their tools, not just sharp edges for cutting, but symmetrical, carefully shaped hand axes. These hominids may have ventured out of Africa to Eurasia.

In eastern Greece an ancient skull was recently found, by accident, which has turned out to be the earliest trace of Homo sapiens, our immediate ancestors. Clark Howell and Christopher Stringer of the British Museum of Natural History analyzed the skull and reported it to be 500,000 years old.

These findings, summarized by John Pfeiffer in Smithsonian, provide hints of the evolutionary process, but the question of just when the early primates left off being apes or hominids and emerged as man, or just where we decide to draw the fine line of distinction, remains open to debate, speculation, and wonder.