Where do Neanderthals come from and How did anthropologists discover Neanderthal man?

In 1856 some workmen were digging for limestone in a cave in the valley of the Neander River near Dusseldorf. Some old bones turned up but the workers, more interested in their paychecks than paleontology, brushed them aside and many were lost.

Fortunately, the owner of the quarry salvaged a skullcap, part of a pelvic bone, a number of ribs, and some limb bones, and hustled them off to a local scientist. Johann Carl Fuhlrott confirmed they were human (although the position of this early man in human evolution was much debated in later years), and he in turn consulted with anatomist Hermann Schaaflhausen.

They determined these were the bones of an ancient man, perhaps a few thousand years old. From the bowed limb bones and low skull with its protruding brow ridges, various anatomists concocted some inventive theories: one said the caveman had rickets, which was so painful he habitually furrowed his brow; another believed him merely to have been a Mongolian cossack who chased Napoleon across the Rhine in 1814 and retreated to the cave to die. 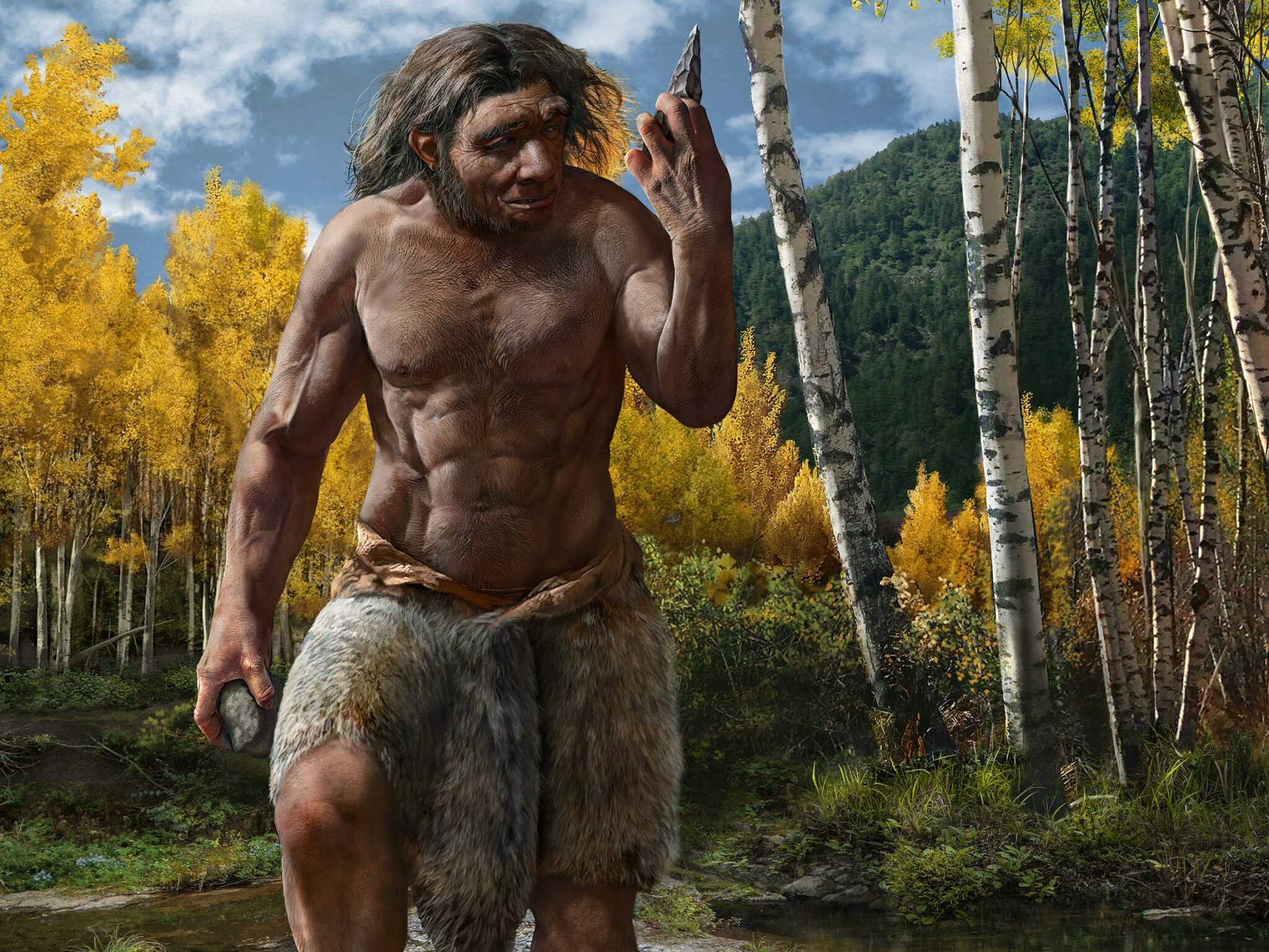 Many more bones of such peculiar, possibly diseased humans were unearthed throughout western Europe in the latter half of the 19th century.

In 1908 Marcellin Boule of the French National Museum of History put together the first nearly complete skeleton of Neanderthal man, found in a cave in the Dordogne (the name stuck, even if far from the Neander River and its somewhat discredited discoveries).

This figure was stooped and apelike; his arms dangled, his head jutted forward. Boule underscored everything bestial and crude about the Neanderthal, and until the middle of this century the image persisted of an uncouth creature with whom modern man wanted no association. But Boule failed to detect a key factor: his old man had arthritis, and this accounted for the slumped posture.

Subsequent reconstruction of the skeleton by William Straus and A.J. E. Cave illustrated that the Neanderthals looked very much like us, except for the shape of the head and face. The cranium was low, the brow ridges prominent, but the skull actually held a larger brain (85 cubic inches) than ours (83 cubic inches). The Neanderthal, Homo sapiens neanderthalensis, averaging around five-eight in height, was a husky, muscular figure, closer to today’s body builder than fashion model, primitive but definitely human.

Indeed, “if he could be reincarnated,” wrote Straus and Cave, “and placed in a New York subway, provided he were bathed, shaved and dressed in modern clothing, it is doubtful whether he would attract any more attention than some of its other denizens.”