How did Houdini escape from a packing case underwater?

This is “My Challenge to Death,” Houdini advertised with bravura, drawing fascinated and mystified crowds to witness his spectacle of daring.

They would gather in droves along a pier on a river or canal where the preeminent magician stood handcuffed, vulnerable, right by their side. Here there was no stage, no discrete and distant world where tricks and illusions were meant to occur.

The cold, deep water was all too real, as were the carpenters intently constructing a stout wooden crate. Houdini blithely stepped inside, his hands manacled, while the workers completed their task, hammering in wire nails and boring a hole in the bottom to make sure the case would sink. 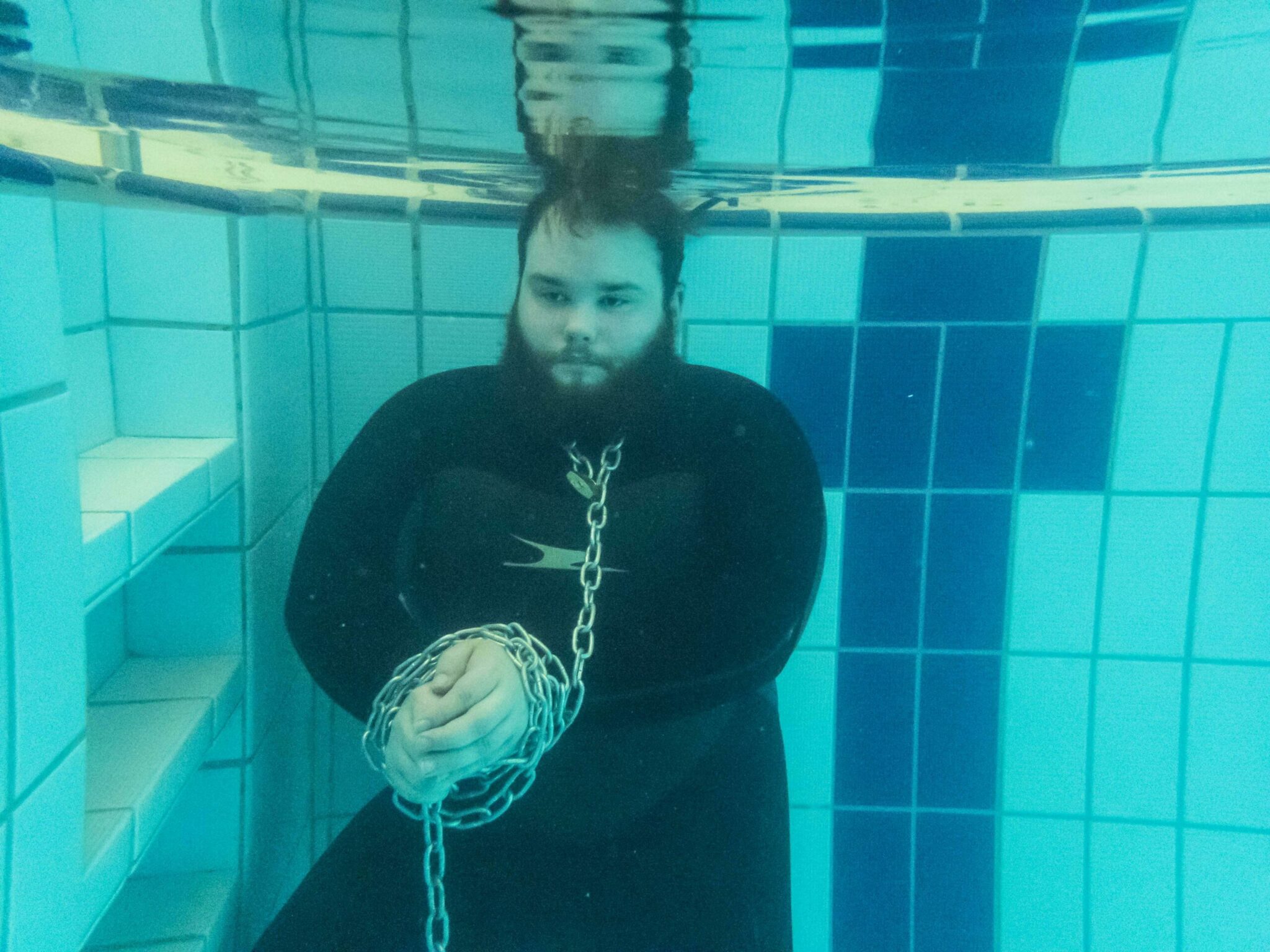 A thick rope tied around the box and firmly knotted provided the final security. Reporters and skeptics were invited to inspect the case with its precious cargo, to see and feel for themselves that there was indeed no easy way out.

As the public began to tremble, a tug, hired by Houdini, drew alongside the pier. A crane on board lifted the packing case out over the water and lowered it, to the wide-eyed disbelief of the crowds, until all trace had disappeared from sight.

An excruciating few minutes ensued. Then suddenly the packing case was hoisted out of the water with Houdini, safe and sound, sitting on top, welcoming the cheers and applause of his fans. Their appreciation multiplied when, once the case was brought to the pier, all could see it was sealed, undamaged, precisely the same as it had looked on the previous inspection.

How did he do it? To begin with, the handcuffs were fake, easily opened by a secret spring, so Houdini was beyond that obstacle well before he hit the water. Second, he took with him a carefully concealed pair of nail cutters. The instant he was underwater he cut enough nails to push aside a few planks of the lid.

He slipped out and sat on top of the case, pushing the boards back in place as the crane hoisted him out. Just as so many sleights of hand are effected by guiding the audience’s attention away from the key action at the critical moment, so here everyone was initially so taken with the sight of Houdini, they forgot about the crate. Aboard the tug en route back to the pier, the crate was actually out of sight for a minute or two—and that was enough for two of Houdini’s men to remove any broken nails and hammer in some new ones.

Despite the tools and help Houdini got with this spectacle, it was a feat of daring, requiring fast and skillful work, even for one used to holding his breath for minutes at a time, or controlling it so rigorously he could be buried alive for an hour and be resurrected.

However one looks at it, the danger of being trapped underwater was considerable. “It is necessary to preserve absolute serenity of spirit,” remarked Houdini about his fantastic escapes. “I have to work with great delicacy and lightning speed. If I grow panicky I am lost. If there is some slight accident or mishap, some slight miscalculation, I am lost unless all my faculties are free from mental tension or strain. The public have no conception of the tortuous preliminary self-training that was necessary to conquer fear.”

Now and then Houdini did encounter some hitches with this feat, and the British police were so sure he would drown they tried to prevent its performance.

They should have known better than to try to confine the wily magician. At Liverpool, for instance, Houdini cleverly led the solicitous police down the wrong path, substituting a double for himself at the designated site. With great urgency the police arrived on the scene just as the packing case was completed. But no sooner had they stopped the show than another case 50 yards away, containing the real Houdini, was lowered into the water.

Appropriately enough, the magician had misdirected the police, and the spectacle went on, to the amusement of its creator.