Where does caviar come from and How do fishermen collect caviar from the ocean?

At the home of the Rornanoff Caviar Company in Teaneck, New Jersey, resides a monumental stuffed and mounted Beluga sturgeon caught in 1911 which weighed over 2,000 pounds.

This giant fish was the source of about 350 pounds of caviar, which at the time was sold for $10 a pound. Today the prized Beluga has become increasingly scarce, and prices have soared to an astronomical $350 a pound, were that sturgeon alive today, she’d be worth $122,500.

True caviar is the salted roe (eggs) of the sturgeon family. The largest of sturgeon, Beluga, averages 800 pounds and takes about fifteen years to mature; its roe brings the highest price. The Osetra is slightly smaller, and the Sevruga, the smallest of all, requires eight to ten years to reach its full size. The roe usually constitutes 15 to 20 percent of the gross weight of the fish. 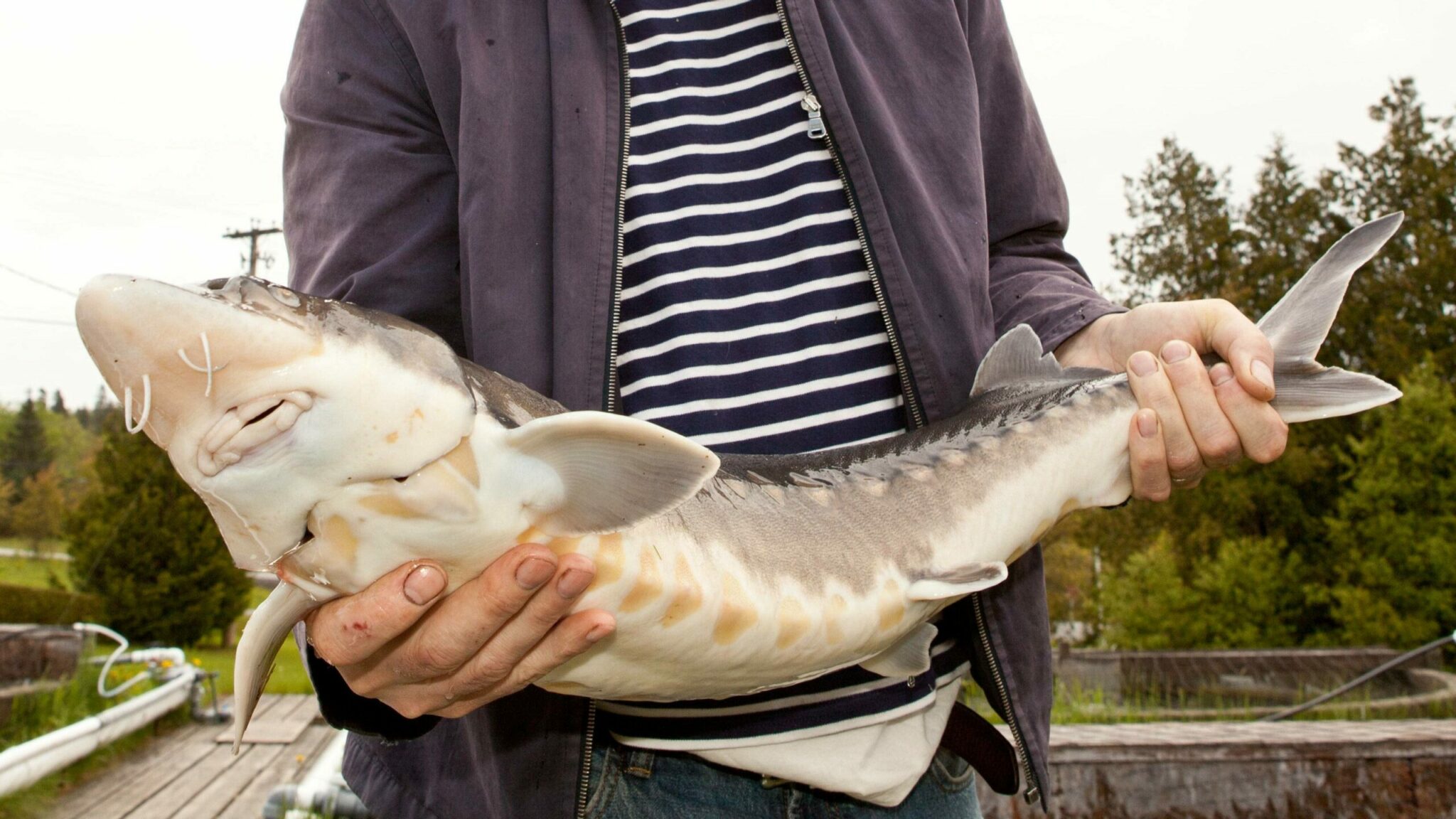 The sturgeon are caught in sturdy nets (although large fish often tear right through them in a dash for freedom) by experienced fishermen who know the species and its habits well. Brought immediately to shore, the fish are gutted and the roe processed under the supervision of a “caviar master.” He separates the eggs from the sac on a wire mesh, cleans them, and decides how much salt to add, a crucial decision.

The best caviar requires the least amount of salt, and “little salt” is denoted by the Russian word malossol; thus Beluga Malossol or Sevruga Malossol is Number 1 grade. Machines are never used to handle the roe, only careful hands, for the eggs should not be broken. Although the Romanoff Company buys only the caviar, the fish itself is purchased by others and marketed fresh, frozen, or smoked.

When caviar arrives in bulk at Romanoff, it must pass an exacting test by the master taster, Arnold Hansen Sturm, fifth generation president of the company. He examines it visually (although color does not necessarily signify grade), and he smells it, though some samples, Hansen Sturm says, he’d prefer not to get so close to.

The ultimate test, however, is taste. And the taster gets his fill of caviar. When Hansen Sturm takes a break to go on vacation only a Russian who has been with the company for forty years is entrusted with his job.

Samples are then taken to a lab to be tested for PCB, mercury, or other contaminants, according to Food and Drug Administration regulations. Fortunately for caviar addicts, if a fish has been in polluted water, the contaminant lodges first in the fatty tissue under the skin, and the eggs are rarely affected.

The best caviar is only sold fresh, packed in salt; the rest is sterilized by a pasteurization process and put into vacuum sealed jars. This type has a shelf life of one or two years, whereas fresh caviar must be eaten within a few weeks.

Most of us think of the Caspian Sea as the major source of sturgeon, and for many years it was. But only a century ago, the Delaware River and other United States waterways teemed with sturgeon. The Romanoff Company actually was first established to export caviar to Europe, at a rate of 100,000 pounds a year. Largely because of overfishing, the supply of sturgeon dwindled.

However, now that imports from Iran have been terminated (and the sturgeon population in the Caspian Sea seriously threatened by industrial waste), the sturgeon industry in this country is cropping up again. Sturgeon weighing about 250 pounds are caught in the Atlantic Ocean, the Columbia River, and various inland waters.

The roe from other fish cannot compare with that from sturgeon, but the difference in price is high enough compensation for many people. The “caviar” you find in the supermarket comes from lumpfish caught in Canada, Norway, and Iceland, or from the salmon of Alaska.

Lumpfish roe is a pinkish color, but red or black dye is added to simulate the roe of salmon or sturgeon.