Where does the phrase “to row someone up Salt river” come from and What does it mean?

The phrase “to row someone up Salt river” means: To defeat, overcome, vanquish an adversary; especially, politically, to defeat an opposing candidate in an election.

For many years the expression was used only in the latter sense, based on an alleged incident.

The story, gravely cited by the recent Dictionary of American History on the authority of various earlier accounts, takes it back to the presidential campaign of 1832, when the Whig candidate, Henry Clay, was running against Andrew Jackson. 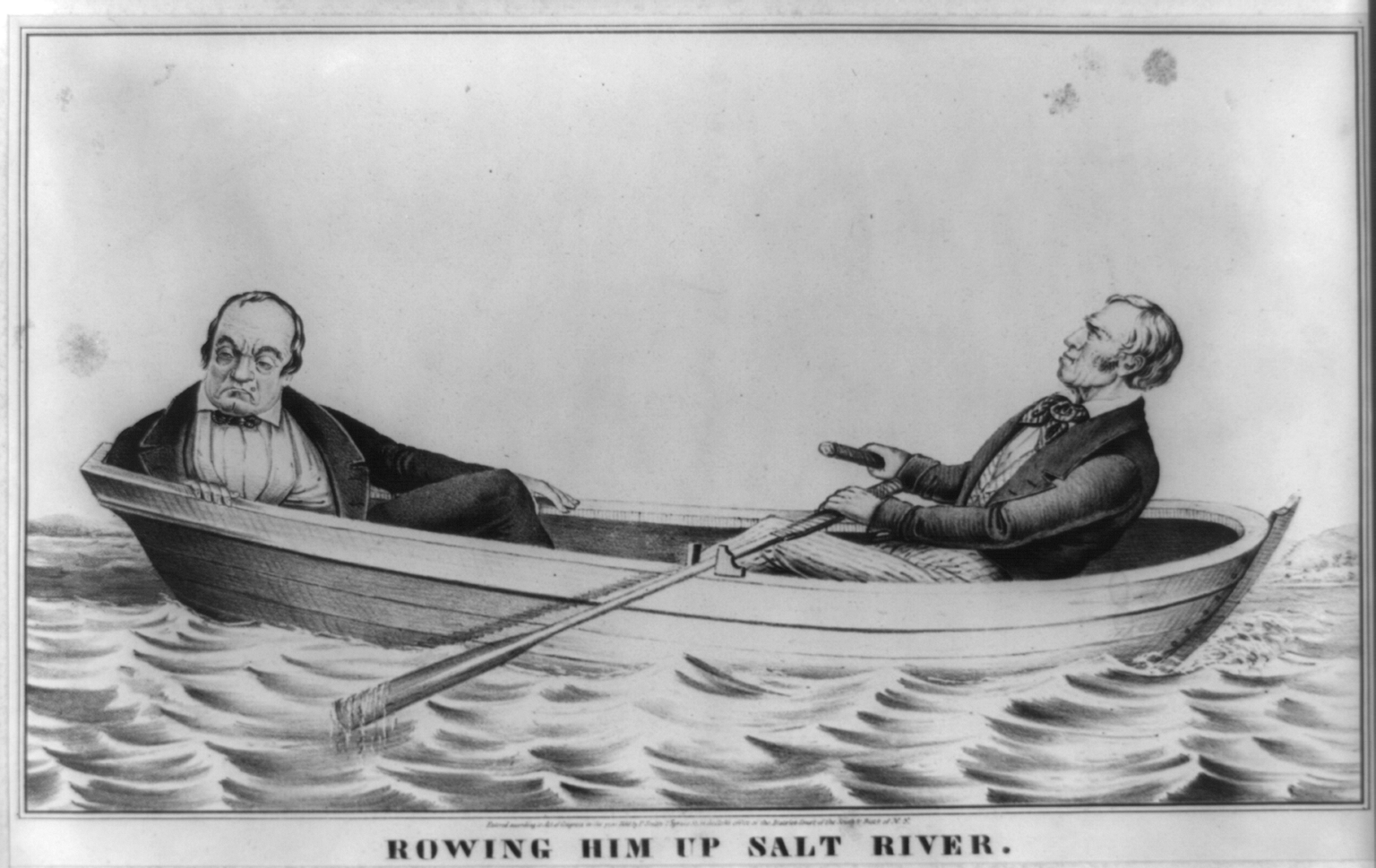 Clay on a Western speaking trip, it was said, hired a boatman to take him up the Ohio river to Louisville, but the boatman, a Jackson supporter, took him up Salt river instead, causing Clay to miss his engagement by several hours.

Clay’s defeat was assumed to have hinged on that episode; hence, the political application of the phrase.

That story was accepted as the origin of the expression for more than a hundred years.

Apparently it did not occur to anyone to doubt that Henry Clay, who had lived in Lexington, Kentucky, from the time he was twenty, could have been bamboozled into an acceptance of the comparatively narrow Salt river for the broad expanse of the Ohio, or that Louisville had suddenly been moved some thirty miles downstream.

It was not until recently that doubt was thrown upon the accepted version.

The skeptics were Professor Hans Sperber of Ohio State University and Professor James N. Tidwell of San Diego State College. As they report in American Speech (December, 1951), the expression antedated the Clay-Jackson campaign by at least several years.

Salt river was already notorious as the seat of Western tall talk among rivermen; it was the home of the “ring-tailed roarer or screamer of the half-horse, half-alligator breed,” of backwoods braggarts or rowdies who would make life miserable for a stranger.

Their conclusion: “To row up Salt River and to row somebody up Salt River as used in actual or fictional backwoods slang mean, respectively, to be engaged in a difficult or probably unsuccessful journey and to make somebody undergo hardships or, more particularly, to give him a beating.

The corresponding political phrases are nothing but natural applications of these meanings to political conditions.”

On our own, we surmise that the original speakers intended to “roar” a person up Salt river by their outrageously exaggerated tall talk; in their speech “roar” became “ro’,” which the listener interpreted to be “row.”