Where does the phrase “to throw in the towel” come from and What does it mean?

The phrase “to throw in the towel” means: To say uncle; to holler quits; to admit defeat; to surrender, submit, or yield.

In today’s pugilistic encounters one is more likely to hear that the manager of one contestant throws in a towel, rather than a sponge, but the original occasion for the expression, which still stands in a non-physical sense, is explained in The Slang Dictionary.

Though first published in 1860, the 1874 edition in my possession reads: “‘To throw up the sponge,’ to submit, to give over the struggle, from the practice of throwing up the sponge used to cleanse a combatant’s face at a prize-fight, as a signal that the side on which that particular sponge has been used has had enough, that the sponge is no longer required.” 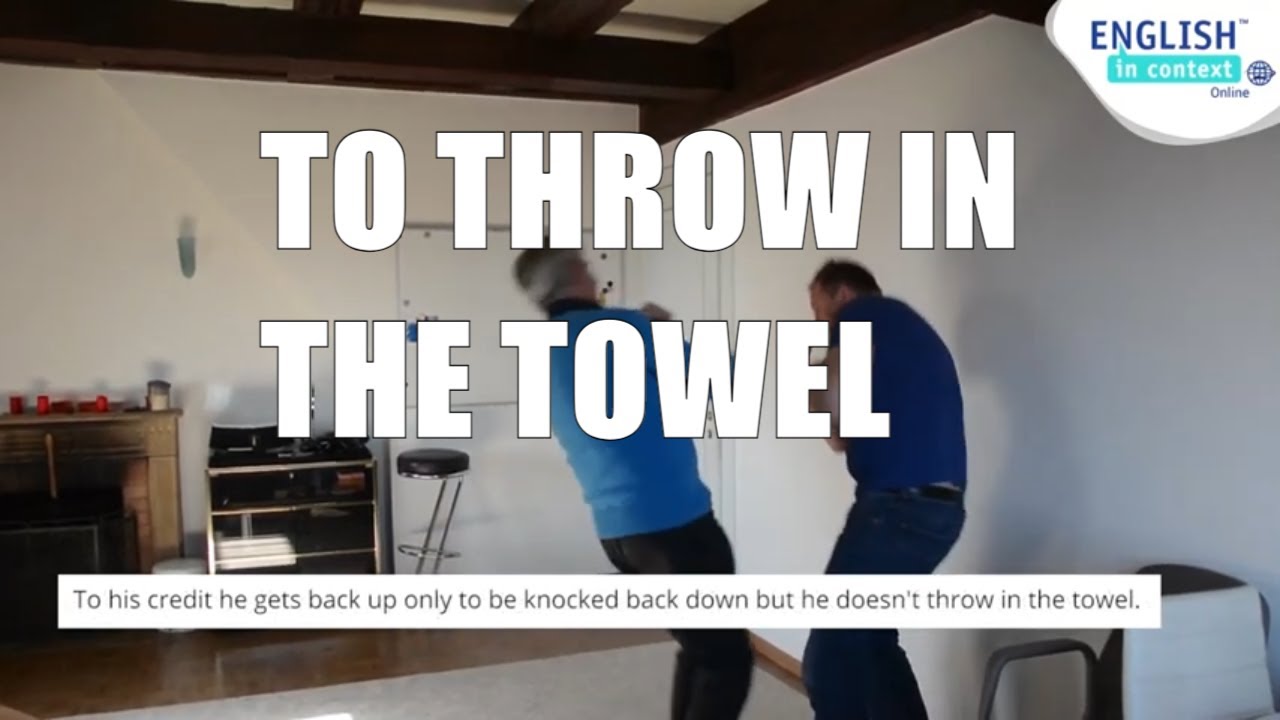