Where does the word “Counterpane” come from and What does Counterpane mean?

This was not the musical term of the same spelling derived from Latin contra punctus relating to combined harmonies, but a corruption of an Old French term which was itself corrupted from Latin culcita puncta, meaning “a quilt.”

As the early heavy quilt began to give way to a lighter and ornamental outer bedcover in the seventeenth century, the second element, point, was gradually replaced by pane (French pan, “cloth”), long previously in use for “coverlet.” 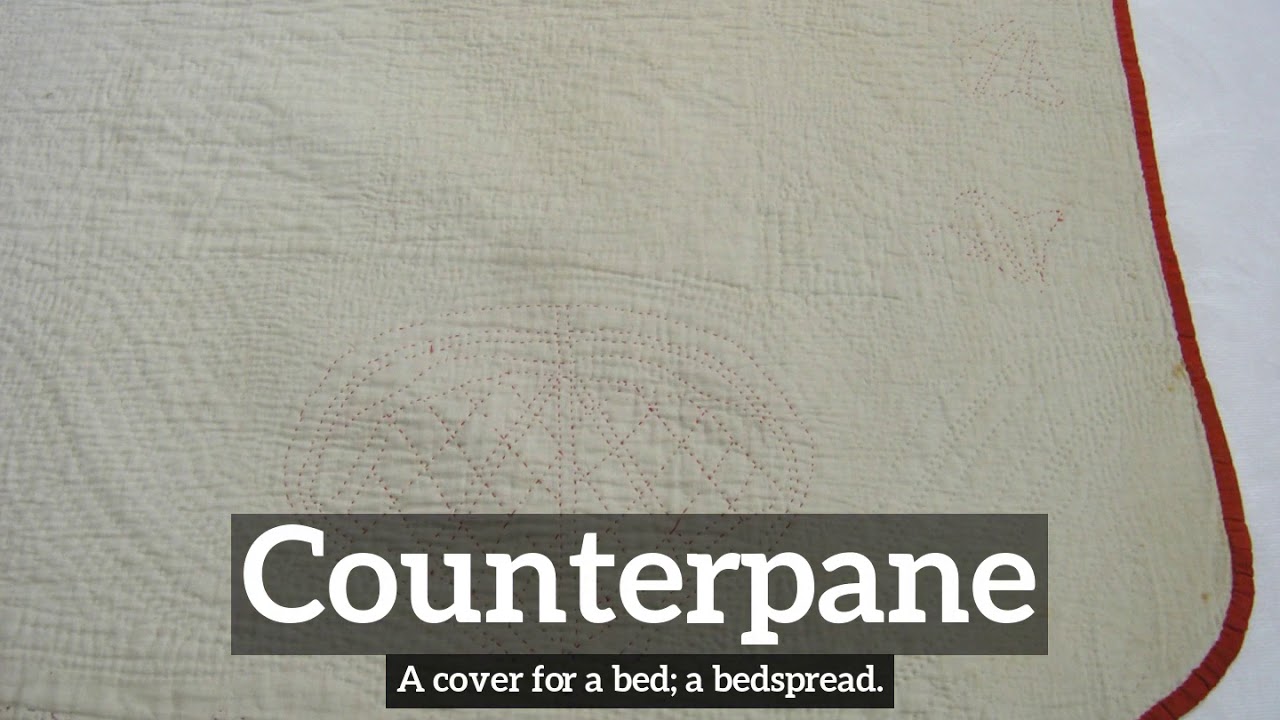