Where does the word “Handkerchief” come from and What does Handkerchief mean in French?

Handkerchief is an incongruous word, when you come to analyze it.

Thus kerchief, back in Chaucer’s time, was a square of cloth used as a head covering, though, approaching the Norman French, he wrote it cover-chief. 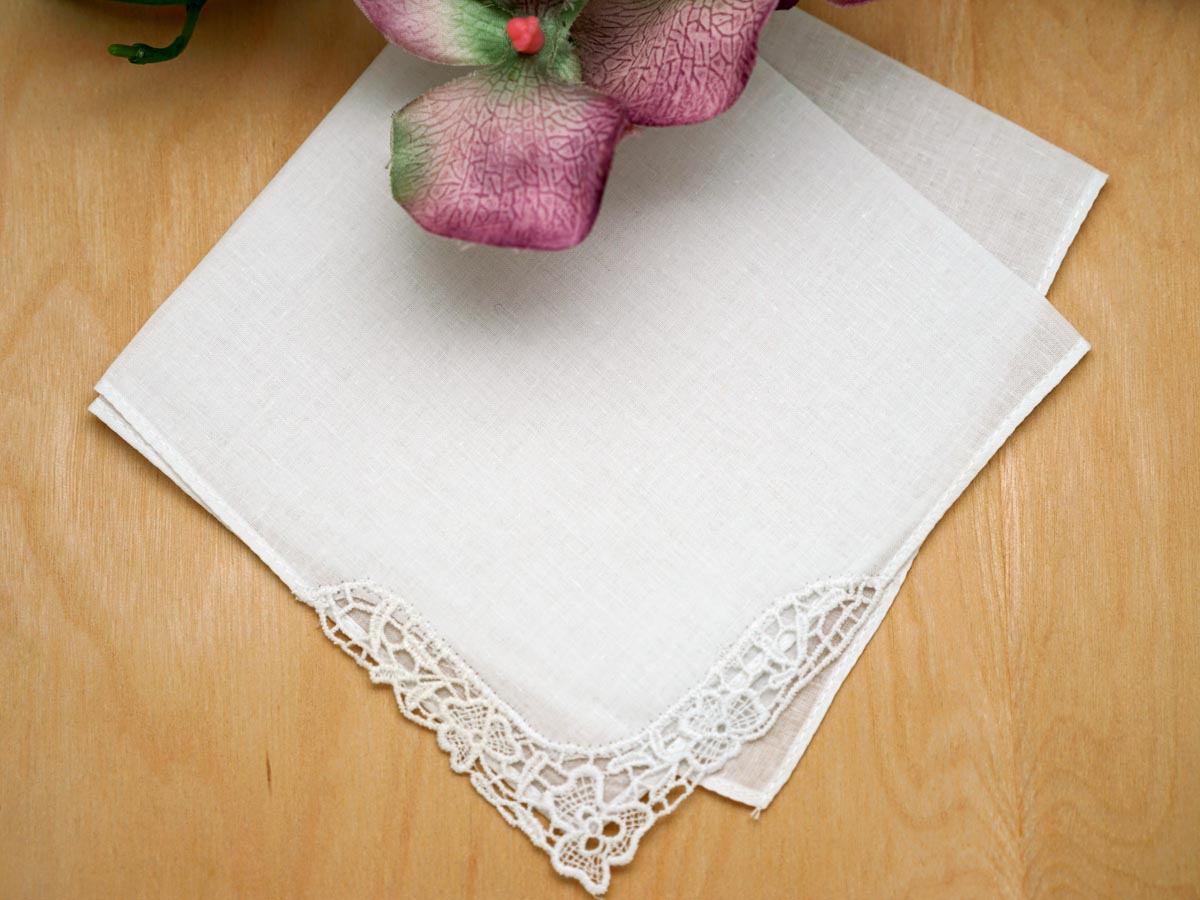 But of course the idea of a kerchief being only a head covering was quickly lost, and in no time at all both men and women began to appear wearing a “brest-kerchief,” a “shuldur-kerchief,” or a “nekke-kerchief,” furnishing protection of a sort for breast, shoulder, or neck.

But it was not until the early sixteenth century, apparently, that our English ancestors adopted the refinement of wiping the nose with a square of cloth, though the “napkin” for wiping the mouth or face after a meal had been introduced in the previous century.

So, as kerchief had long since lost any distinctive application, this new soft square, equally useful as a napkin or for wiping the nose, and, in the fashion of the day, carried negligently in the hand, became a handkerchief, a kerchief to be carried in the hand.

Later still, when garments were designed with pockets, we had pocket handkerchiefs, literally (now follow this closely), coverings for the head to be held in the hand inserted in one’s pocket.

A literal accomplishment is somewhat more difficult as one recalls that the pocket handkerchief is now usually an adjunct of feminine attire and that it commonly reposes, not in a pocket, but in a handbag.