Where does the word “Nightmare” come from and What does Nightmare mean?

The word nightmare is a relic of ancient superstition dating in England at least from the eighth century, but, under the name incubus, known to the Romans of Caesar’s time.

People thought this kind of mare, said to appear only at night, to be a female monster, spirit, or goblin.

She sat upon the bosom of a sleeper, causing a feeling of suffocation, from which, in later times, the sleeper sought to free himself. 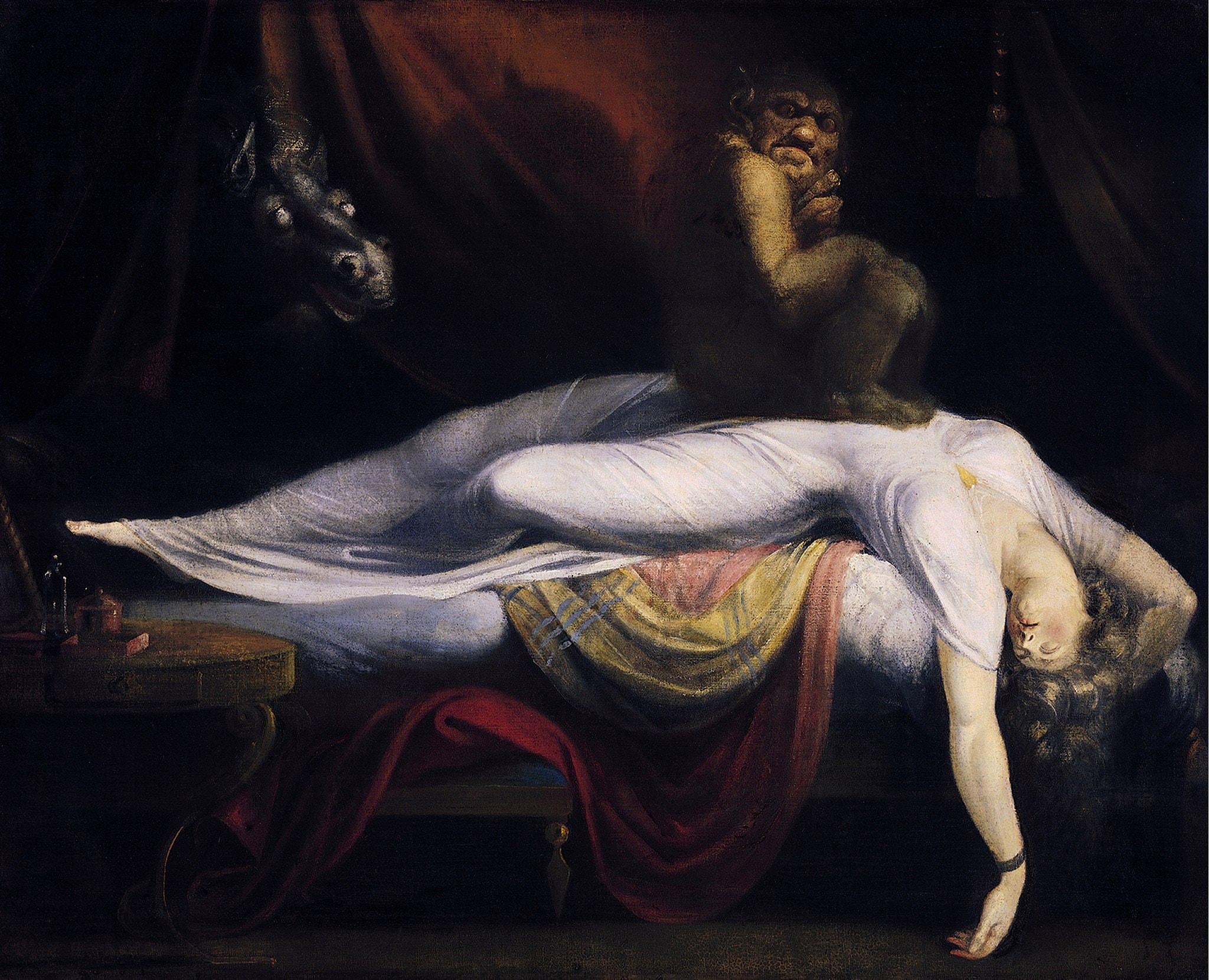 The male counterpart was termed a succubus.

We moderns attribute our nightmares to overindulgence in food or drink.