Where does the word “salver” come from and What does salver mean in Spanish?

Poison was the favored medium for getting rid of one’s enemies in olden times, and was especially popular in the Middle Ages.

Placed in the wine cup or the food, the victim had it swallowed before its presence was detected, and cook or servitor could be bribed to put the poison into the plate or cup.

The real murderer might thus remain undetected, perhaps a near relative or, ostensibly, a friend. 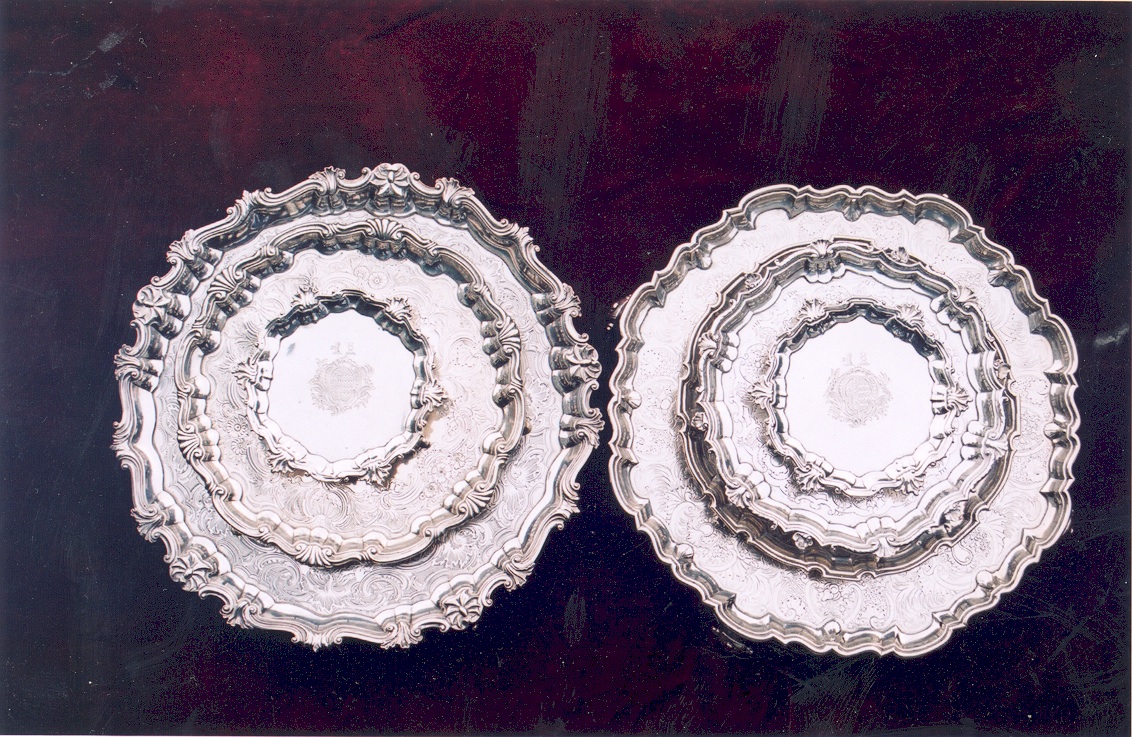 Because of the constant danger, wealthy men or men of high position kept a servant standing by his place at table whose duty it was to drink of the goblet and partake of the meat before his master touched them.

After a due interval, if the servant were not taken sick, the master thought it safe for him to drink and eat. The Spanish term for such precautionary measures, for such attempted murders were especially frequent in Spain, was salva, derived from the Latin salvo, to save, protect.

Then, eventually, because the master’s food was invariably served and tested upon a separate tray, the term salva included the tray, as well as the victuals to be tasted. Under stricter laws, the need for this protection subsided.

The tray, however, continued to retain the name. In England, perhaps in analogy with “platter” from “plate,” or from resemblance to “silver,” of which the tray was usually composed, salva was altered to salver. (See also CREDENCE.)