Where does the word “staple” come from and What does staple mean in German?

The term staple that now means the chief commodity of a place, once had a quite different meaning.

The German word stapol, which had once meant a post or pillar, developed into the English word staple which came to mean a U-shaped pin or rod to be driven into a post or pillar or the like as a fastener.

We still attach such a meaning to the word. But through another line of development the German term came also to designate a place, specifically the place where the judgment of a king was administered. 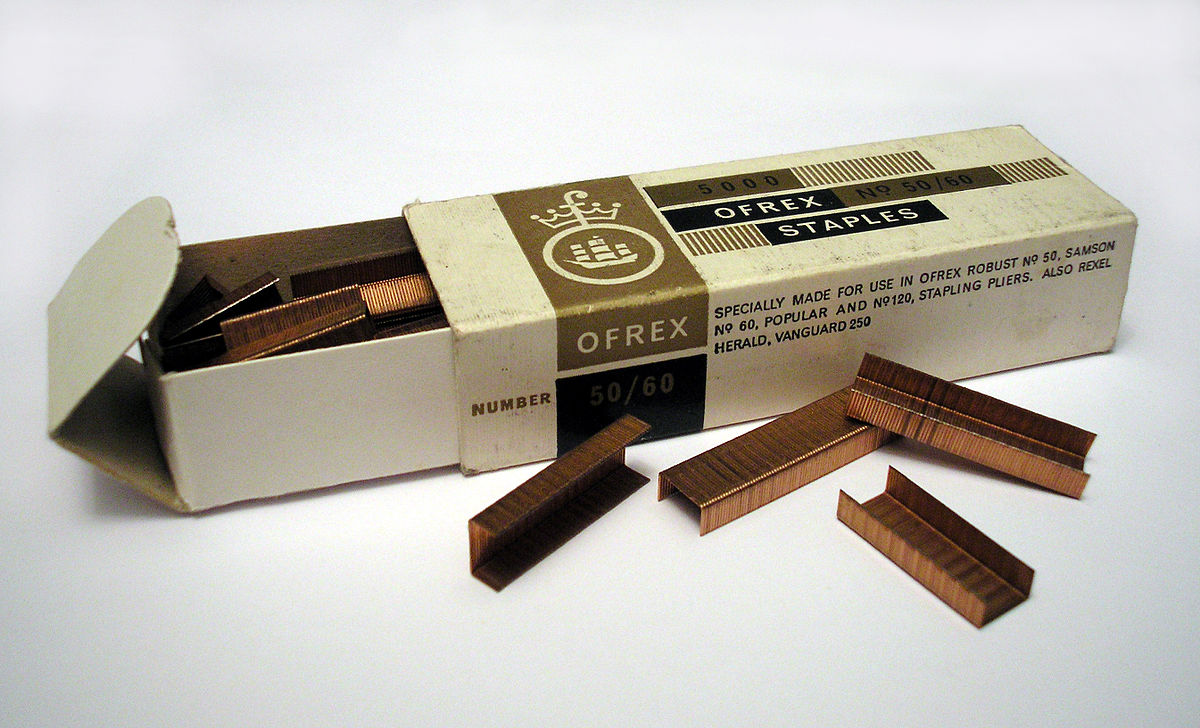 Thence, borrowed by the French in the form estapie (modern hoe), its meaning was altered to specify a market place, emporium.

By the thirteenth or fourteenth century, the French estapie, transformed to staple in English, especially designated a town appointed by the king in which the merchants had a monopoly on the purchase of certain goods for export.

Thus, for example, as long as the port of Calais was an English possession, that is from about 1390 to 1558, that city was the staple for the export of all English wool. Its merchants had the exclusive right to purchase wool for export.

Gradually the meaning of the word staple underwent reversal. From the place where certain wares could be bought, it came to have the present meaning of the chief wares to be found at a certain place.