Where does the word “Sweepstakes” come from and What does Sweepstakes mean?

Used more or less interchangeably with the singular form.

It is generally conceded that the original sense of the word sweepstakes was “winner take all,” that is, that the person winning the race or game “swept” all the “stakes” into his own pocket.

Later the winnings did not accrue entirely to a single winner, but were divided in some set manner among the first several winners, and still later the term became applied to the event occasioning the wagering (for example, the famous Irish Sweepstakes) rather than to the disposition of the spoils. 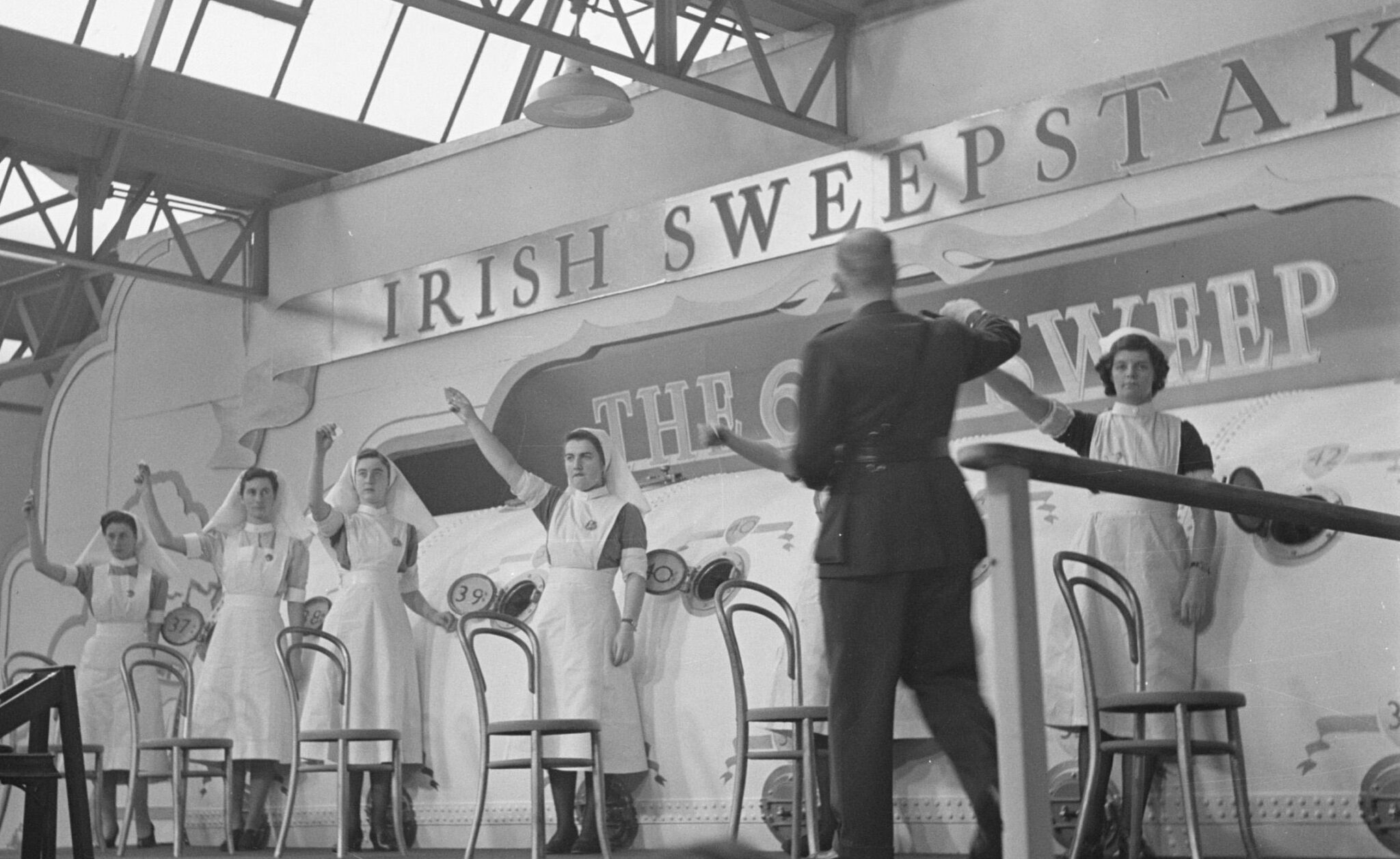 Curiously, though, Sweepstake (also spelled Swepestake) is recorded as used as a ship’s name at least a hundred years earlier than its first recorded use in the gambling sense, but without any sound clue as to the reason for its choice as a nautical term.