Where does the word “symposium” come from and What does symposium mean?

Greeks of old did not customarily drink with their meals.

Instead, after a dinner was finished, the host and his guests, and perhaps some guests who had not attended the dinner, were served wine to the extent that might be desired.

This drinking party was called symposion (taken into Latin as symposium), derived from syn, together, and poton, drink. 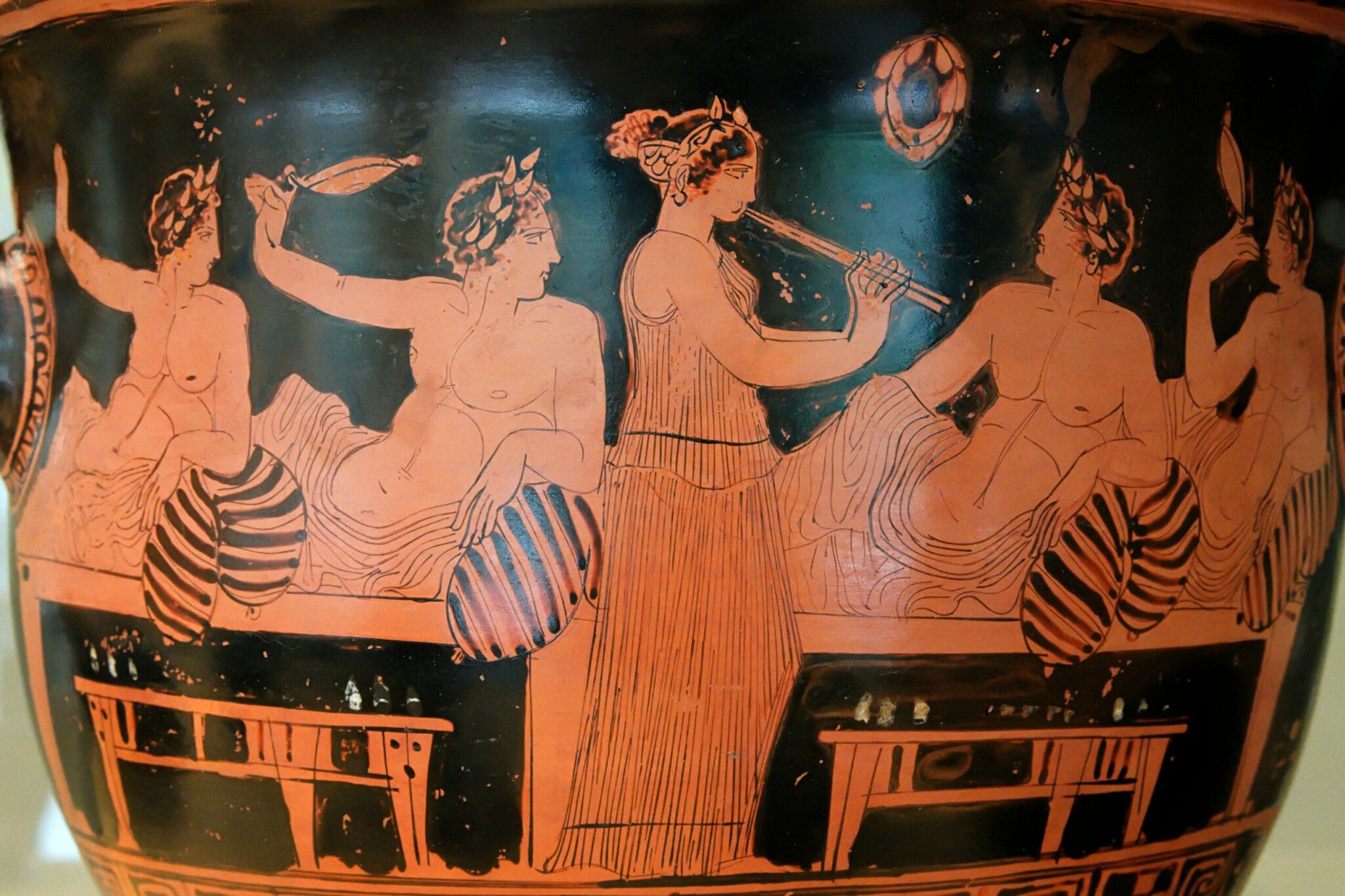 These occasions, enjoyed by men only, were accompanied by music, dancing, games, or other amusements, or sometimes merely by agreeable conversation.

It is through the latter diversion that, nowadays, we regard a symposium as a discussion by several persons upon a given topic, often in writing.

But drink, although the essence of the original word, is no longer necessarily an accompanying feature.