The first record of a related word is found in a book, The discouerie of witchcraft, by Reginald Scot, printed in 1584, where the author speaks of a ventriloqua (feminine of ventriloquus, “a ventriloquist”), and of her “practising hir diabolicall witchcraft and ventriloquie.”

It is not surprising that men of that time thought of witchcraft in this connection, for a ventriloquist is, both literally and in the original meaning of the word, “one who speaks in his belly,” from the Latin ventri-, venter, “belly,” plus loqui, “to speak.”

It was only later that the practitioner’s art improved to the point that he could seem to cast his voice to distant places, and the word was transferred to mean “a voice-caster.” 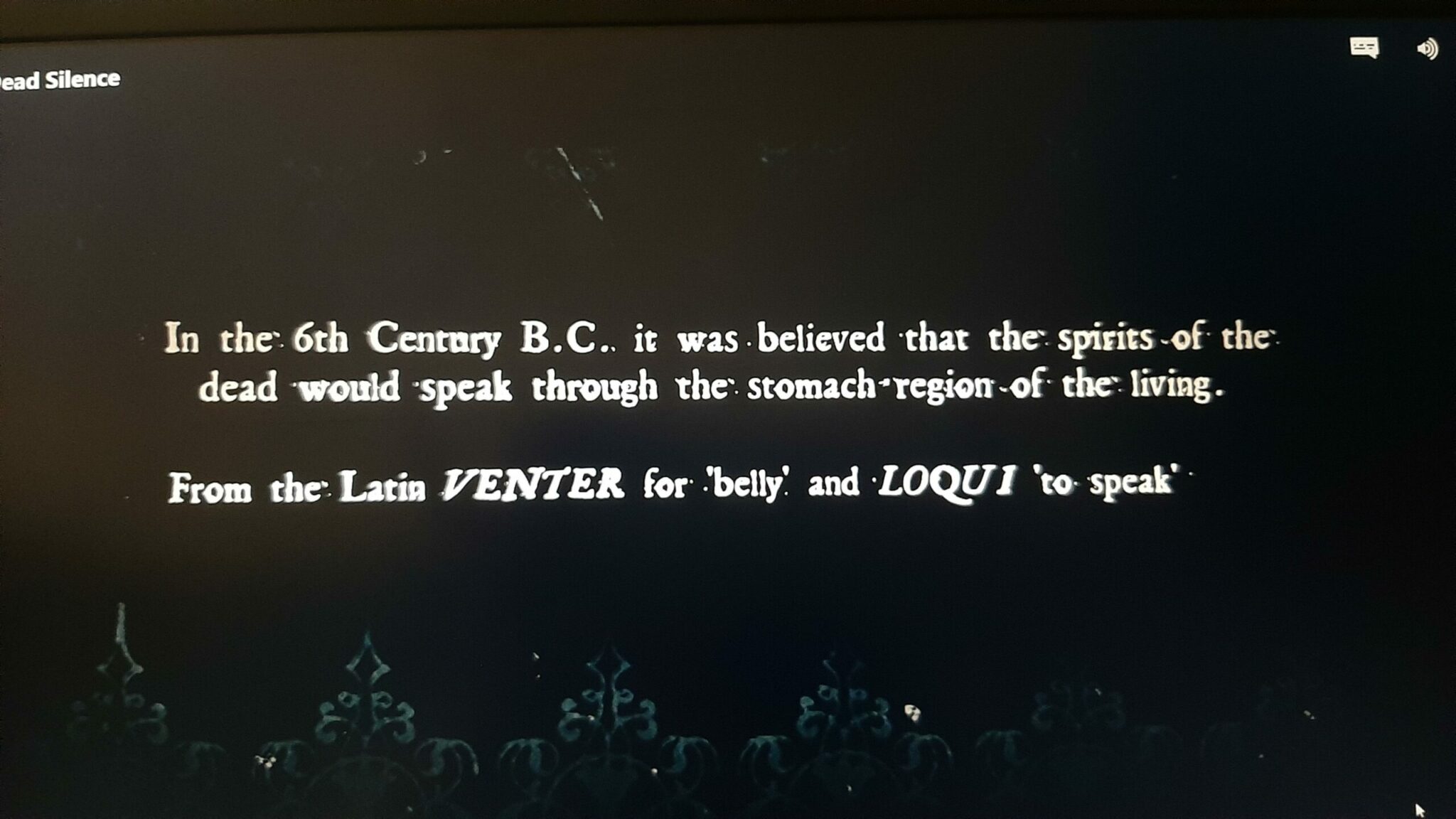