There are actually two falls on the Niagara River, the American Falls in New York State and the Horseshoe Falls in Canada.

The Niagara River forms part of the U.S.–Canada border.

The shape and location of Niagara Falls have changed many times over the centuries. Just 700 years ago, for example, there was just one waterfall. 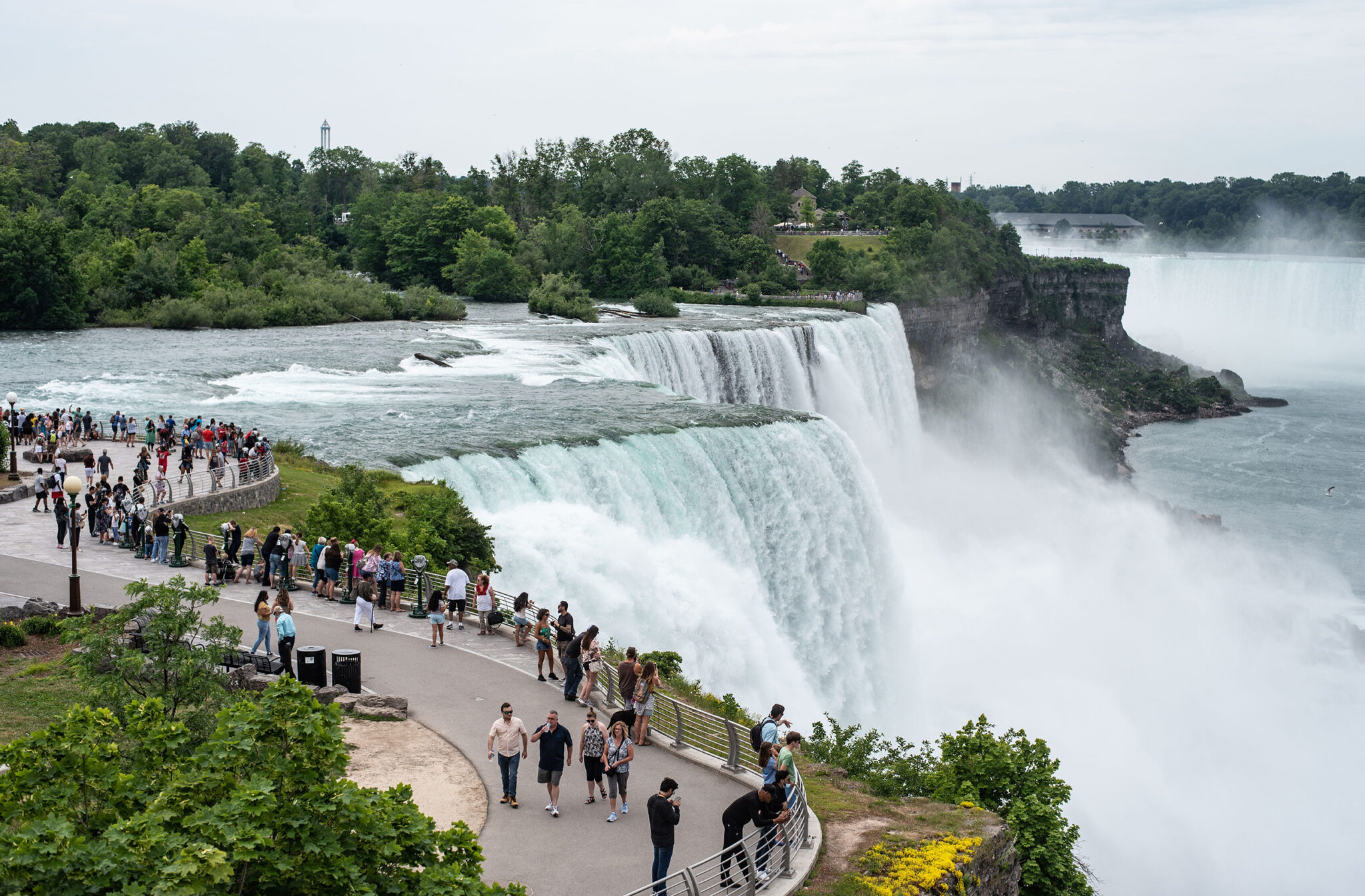 The power of its pounding water has, over the years, eroded the rock layers under the river.

Today a huge gorge extends 7 miles (11 km) downstream to the town of Lewiston, New York, where the falls first began to flow about 12,000 years ago.

Back then, retreating glaciers caused Lake Erie to spill over, forming the Niagara River. At one location, called the Niagara Escarpment, the river ran over a cliff, eventually cutting through it and forming the falls.

The American Falls ledge loses only about 1 inch (2.5 cm) per year, because less water flows over those falls.