Which is a better weapon, a battle-axe or a guy with a joust on a horse?

A battle-axe is certainly a better weapon than a guy with a joust on a horse.

Why? Because a joust isn’t a weapon in and of itself; it’s a specific type of competition at a medieval tournament.

Two armored knights would mount horses and face one another, each holding a lance. They would then charge and see which knight could topple the other first. 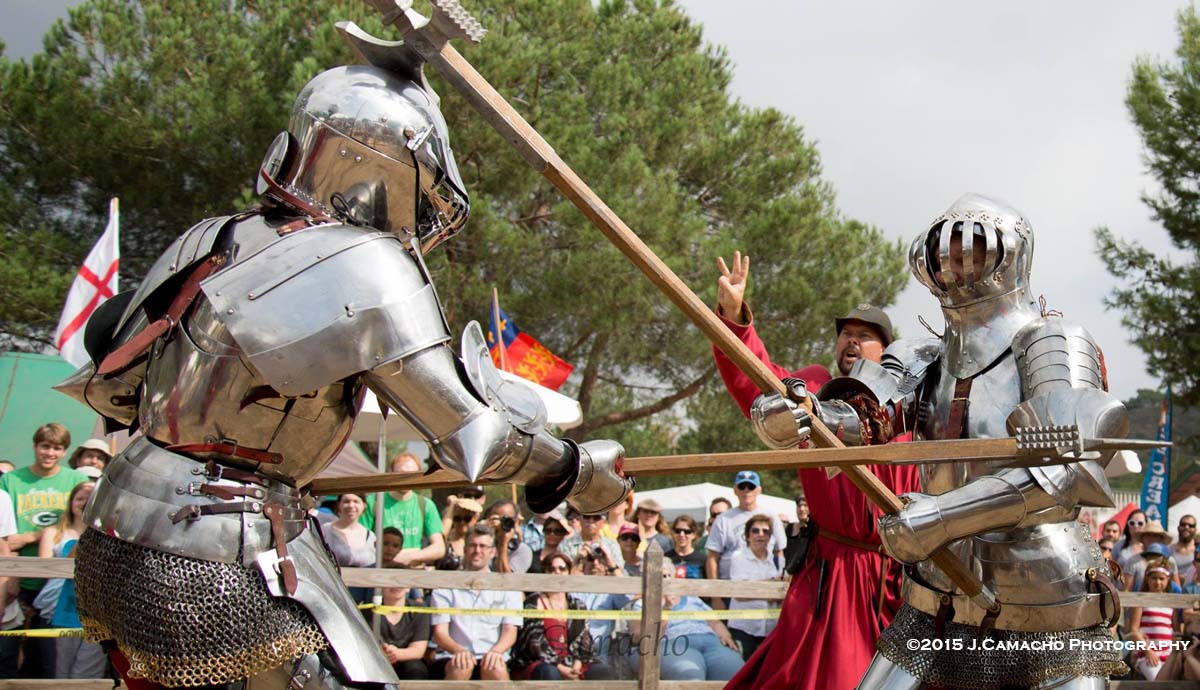 Although metal-tipped lances were sometimes used in battle by knights, they were primarily the stuff of entertainment at the tourney.

Let’s assume for a moment you were asking about a lance versus a battle-ax. A lance was good at knocking over a horse-riding opponent, but not so good at driving him through or lopping off his head.

It was too easy to lose the end of a lance to the chop of a sword, too. The battle-ax would most likely win this war.