Which Species of Spiders Are Cannibals and How Do Spiders Eat Other Spiders?

There is a group of spiders sometimes called cannibal or pirate spiders, members of the family Mimetidae, that feed on other spiders, creeping into their webs and killing them.

Many authorities believe the pirates never spin their own webs and feed exclusively on other spiders.

The black widow spider is comparatively abstemious, with the female only occasionally consuming the male or some of her young. 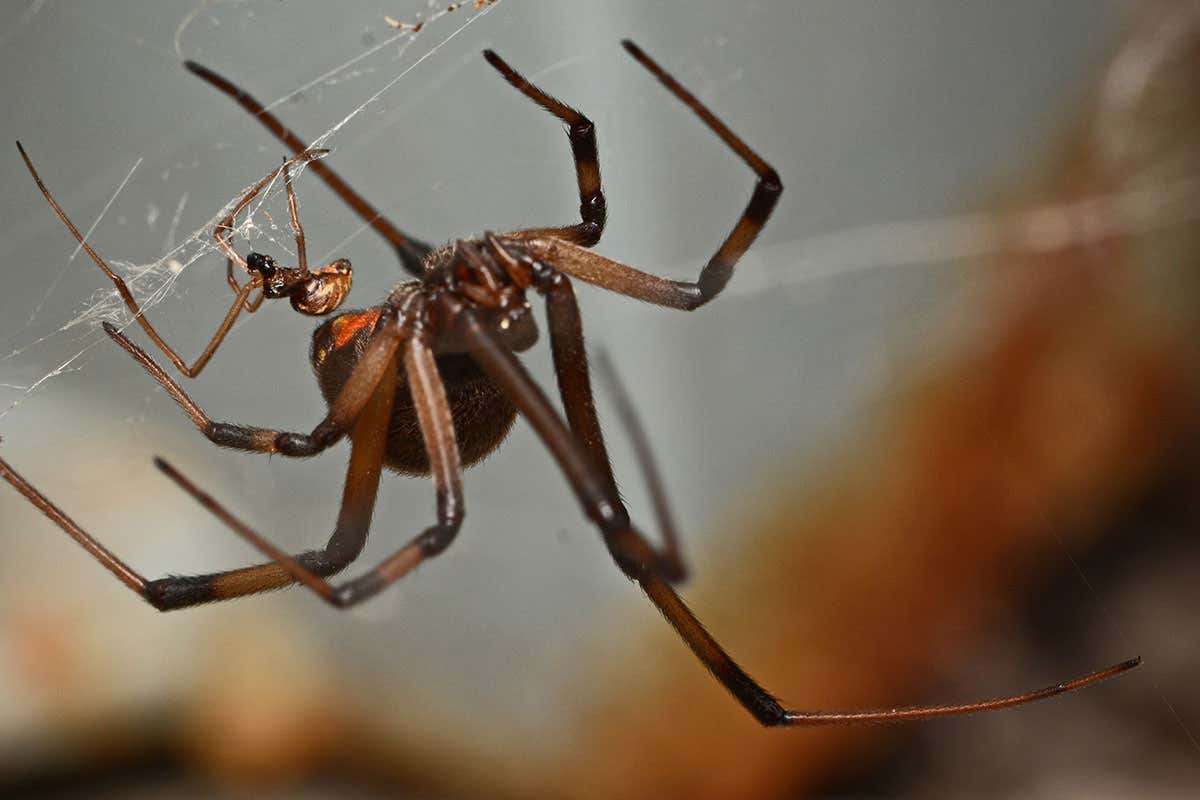 About a dozen mimetid species occur in the United States. Many are about a quarter of an inch long or smaller.

They are delicately marked with dark lines and spots. On the front pairs of legs they have distinctive rakes of long and short spines. They are slow-moving and stealthy, and some prey on specific species.

One cannibal species, Ero furcata, enters the web of a larger Theridion tepidariorum, or domestic spider.

It carefully clears a space of threads without alerting the host. Then the infiltrator pulls at a line, and the web-spinner hurries to the spot to find its own meal. Instead, it encounters another spider, which grasps its legs and body, holding on firmly using its spines.

The attacker quickly bites the femur of the victim’s front leg and uses a virulent venom that brings a complete collapse.

It then systematically sucks the body juices of the larger spider.

Only rarely is the pirate defeated and victimized by its prey.