Who Discovered Cell Division and How do chromosomes split so that cells can divide to produce new cells?

Chromosomes carry genes that hold the blueprints for building, operating, and maintaining the cells of your body.

Genetics and heredity research could not advance until these physical structures inside the nucleus of each cell had been discovered and studied. Our basic understanding of biology also depends, in part, on our knowledge of how cells divide, replicating themselves countless times over the course of an organism’s life.

Both of these key concepts were discovered during one experiment carried out by Walther Flemming. His discoveries form part of the basic foundation of modern biological sciences. Much of what we know today about cell division (called mitosis) originated with Flemming’s discoveries. 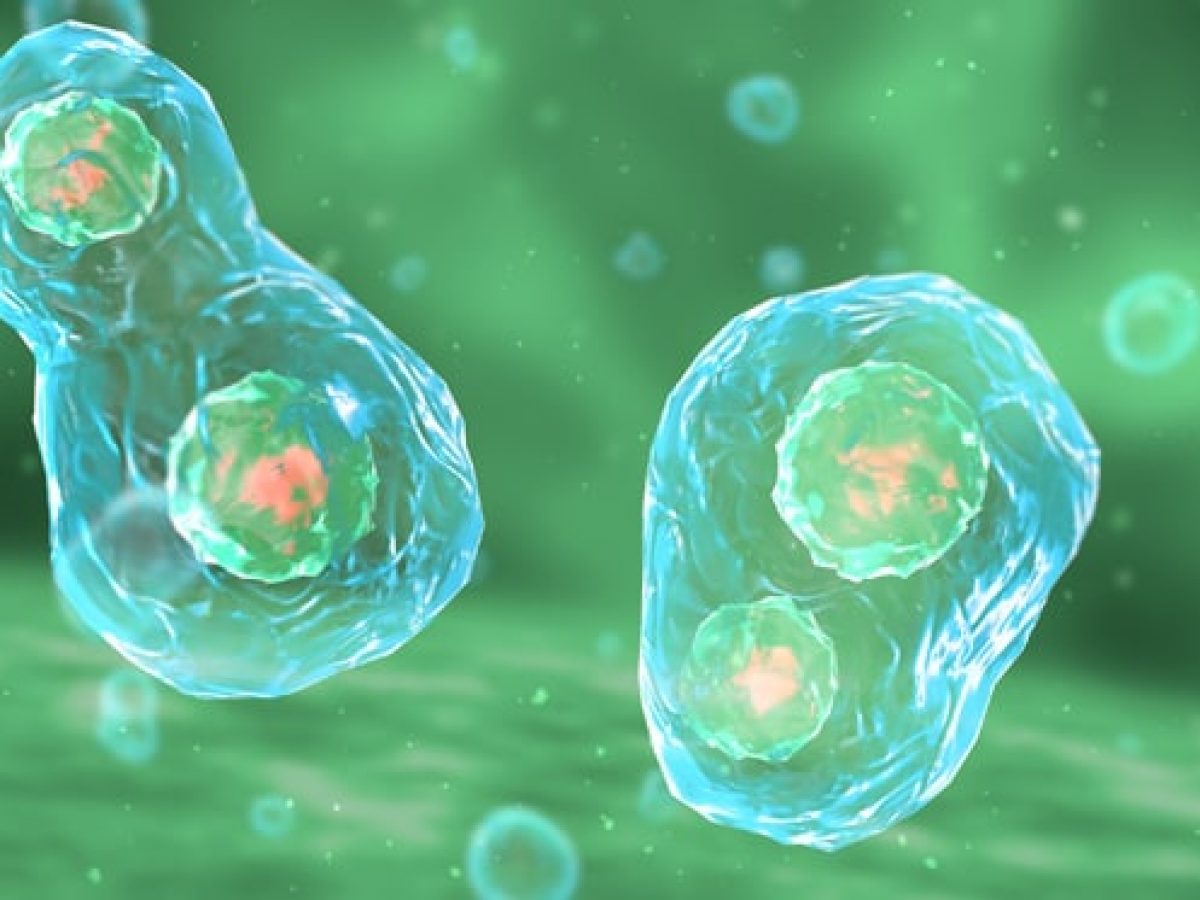 For most of the nineteenth century, studies of cells, cell functions, and cell structure through the microscope were hampered because cell walls and all of their internal parts were translucent to transparent. No matter how good the microscope was, these inner structures were seen only as vague grey-on-grey shapes. It was difficult, if not impossible, to make out any detail.

So scientists stained the cells with dyes, hoping to make the cell parts more visible. However, all dyes killed the cells. But there was no other way and, hopefully, the dye would combine with some intracellular structures and not with others so that a few would stand out and be easily studied through the microscope. Most dyes, however, didn’t work. They smeared the whole cell with dark color and masked the very structures they were supposed to reveal.

Walther Flemming was born in 1843 in Sachsenberg, Germany. He trained as a doctor and taught at universities from 1873 (at the age of 30) until 1905 (age 62). He called himself an anatomist and specialized in the microscopic study of cells.

In 1879 Flemming found a new dye (a by-product of coal tar) that combined well with particular, stringlike materials inside the cell nucleus and did not stain most other cell parts. Finally, a dye existed that allowed him to focus his observations on one particular structure within the cell’s nucleus.

He named the material stained by this dye chromatin (from the Greek word for color) and began a series of experiments using salamander embryos. Flemming cut tissue-paper thin slices of embryonic cells from fertilized salamander eggs and stained them with this dye.

The dye, of course, killed the cells. This stopped all cell activity and cell division. But it was a price Flemming had to pay in order to study these chromatin structures within the cell nucleus. Since the cells were dead before he could observe them, what Flemming saw through his microscope was a series of “still” images of cells frozen in various stages of division. Over time, and with enough samples to study, he was able to arrange these images in order to show the steps of the cell division process.

Flemming saw that the next step was for each individual chromosome thread to break into two identical threads, doubling the number of chromosomes. These two identical sets of chromosomes then pulled apart, half going to one end of the cell, half going to the other. The cell itself then divided. Each of the two offspring cells was thus stocked with a complete set of chromosomes that was identical to the original parent.
Flemming had discovered the process of cell division and published his results in
1882. The real value of Flemming’s discovery lay hidden for 18 years. Then, in 1900, Hugo deVries put Flemming’s discovery together with Gregor Mendel’s discoveries on heredity and realized that Flemming had discovered how hereditary traits were passed from parent to child and from cell to cell.

Like all living species, humans grow from a single egg cell into complex organisms with trillions of cells. Louise Brown, born July
25, 1978, in Oldham, England, was the first human test-tube baby. Her first cell divisions took place not in her mother’s womb, but in a laboratory test tube.