Who Discovered the Big Bang theory and How did the Universe begin?

The study of our history and origins is critical to understanding who we are. That includes the history of humans, of life on our planet, of our planet itself, and of the universe as a whole. But how can anyone study a history that came and went unseen billions of years ago?

George Gamow’s work represents the first serious attempt to create a scientific, rational description of the beginning of our universe. It was Gamow who named that moment of explosive birth the “Big Bang,” a name still used today. Gamow was able to mathematically re-create the conditions of the universe billions of years ago and to describe how those initial conditions led to the present universe we can see and measure. His discoveries began scientific study of the ancient past.

In 1926 Edwin Hubble discovered that the universe is expanding, growing larger. That discovery made scientists wonder what the universe looked like in the past. Has it always been expanding? How small did it used to be? Was there some moment when the universe began? What did it look like way back then? 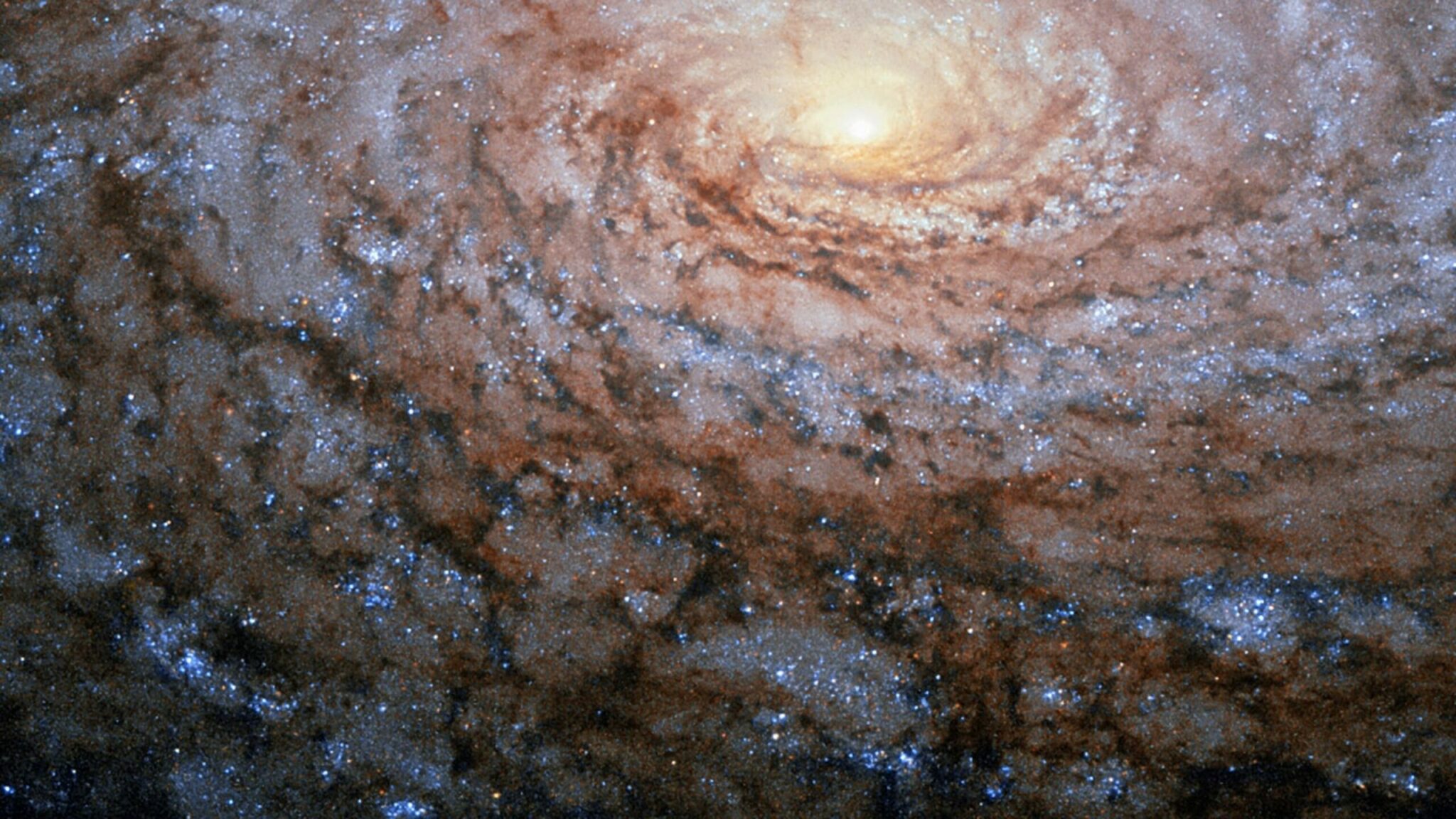 Some began to speculate about when and how the universe began. In 1927 Georges Lemaitre proposed that Hubble’s discovery meant that at some distant point in the past, the entire universe had been compressed into a single infinitely dense atom of matter. He called it the “cosmic egg.” By 1930 a few scientists had attempted to describe this “cosmic egg” and how it exploded to create our universe’s ongoing expansion.

George Gamow was born in 1904 in Odessa, Ukraine. As a young astronomy student, Gamow was known as much for his practical jokes and late-night parties as for his science. Still, by 1934 he had immigrated to America and secured a professorship of theoretical physics at George Washington University in Washington, DC. It was there that Gamow first heard of the cosmic egg concept. The problem with this theory was that there was no science, no data, no numerical studies to back it up.

Gamow decided to use available physics, mathematics, and quantum theory tools to prove whether the universe began as a single immeasurably dense atom called the cosmic egg. He started with Einstein’s equations on general relativity.

In the 1940s Gamow added his own earlier work, which showed that the sun’s nuclear furnace was driven by the conversion of hydrogen nuclei into helium. He used the mathematics of this model to determine what would happen to various atoms in a primordial fireball. He used research from the development of the atomic bomb and test data on high-energy radiation of various nuclei to describe what happened inside a fire of almost infinite temperature.

From these sources, he slowly built a model of the cosmic egg’s explosion and of the chemical reactions that happened in the seconds thereafter. He called that explosion the “Big Bang” and mathematically showed how, at that moment, the universe had been composed primarily of densely packed neutrons. This allowed him to use available studies showing how neutrons, under extreme heat and pressure, combine into larger nuclei and also separate into protons and electrons, forming hydrogen and helium as they do.

Gamow was able to mathematically trace this cosmic explosion forward in time. This description included a detailed, second-by-second picture of the fireball explosion and showed, according to known physics and chemistry laws, how that explosion resulted in the composition and distribution of matter that makes up the present universe.

Gamow also showed that the Big Bang would have created a vast surge of energy that spread and cooled as the universe expanded. But this energy would still be “out there” and could be detected as a faint “afterglow” or echo of that great explosion. This echo would show up as a band of noise at 5°K.

This cosmic background radiation was finally detected in the late 1990s by advanced radio astronomers, which confirmed Gamow’s Big Bang theory. Using physics, chemistry, and math, Gamow had discovered the birth of the universe, 15 billion years ago.

Gamow was an imposing figure at six feet, three inches and over 225 pounds but was known for his impish practical jokes. He was once described as “the only scientist in America with a real sense of humor” by a United Press International reporter.