Who Discovered the laws of planetary motion and that planets orbit around the sun in ellipses?

Even after Copernicus simplified and corrected the structure of the solar system by discovering that the sun, not the earth, lay at the center of it, he (like all astronomers before him) assumed that the planets orbited the sun in perfect circles. As a result, errors continued to exist in the predicted position of the planets.

Kepler discovered the concept of the ellipse and proved that planets actually follow slightly elliptical orbits. With this discovery, science was finally presented with an accurate pictures of the position and mechanics of the solar system. After 400 years of vastly improved technology, our image of how planets move is still the one Kepler created. We haven’t changed or corrected it one bit, and likely never will.

For 2,000 years, astronomers placed the earth at the center of the universe and assumed that all heavenly bodies moved in perfect circles around it. But predictions using this system never matched actual measurements. Scientists invented epi-circles, small circles that the planets actually rolled around that, themselves, rolled around the great circular orbits for each planet. Still there were errors, so scientists created epi-circles on the epi-circles. 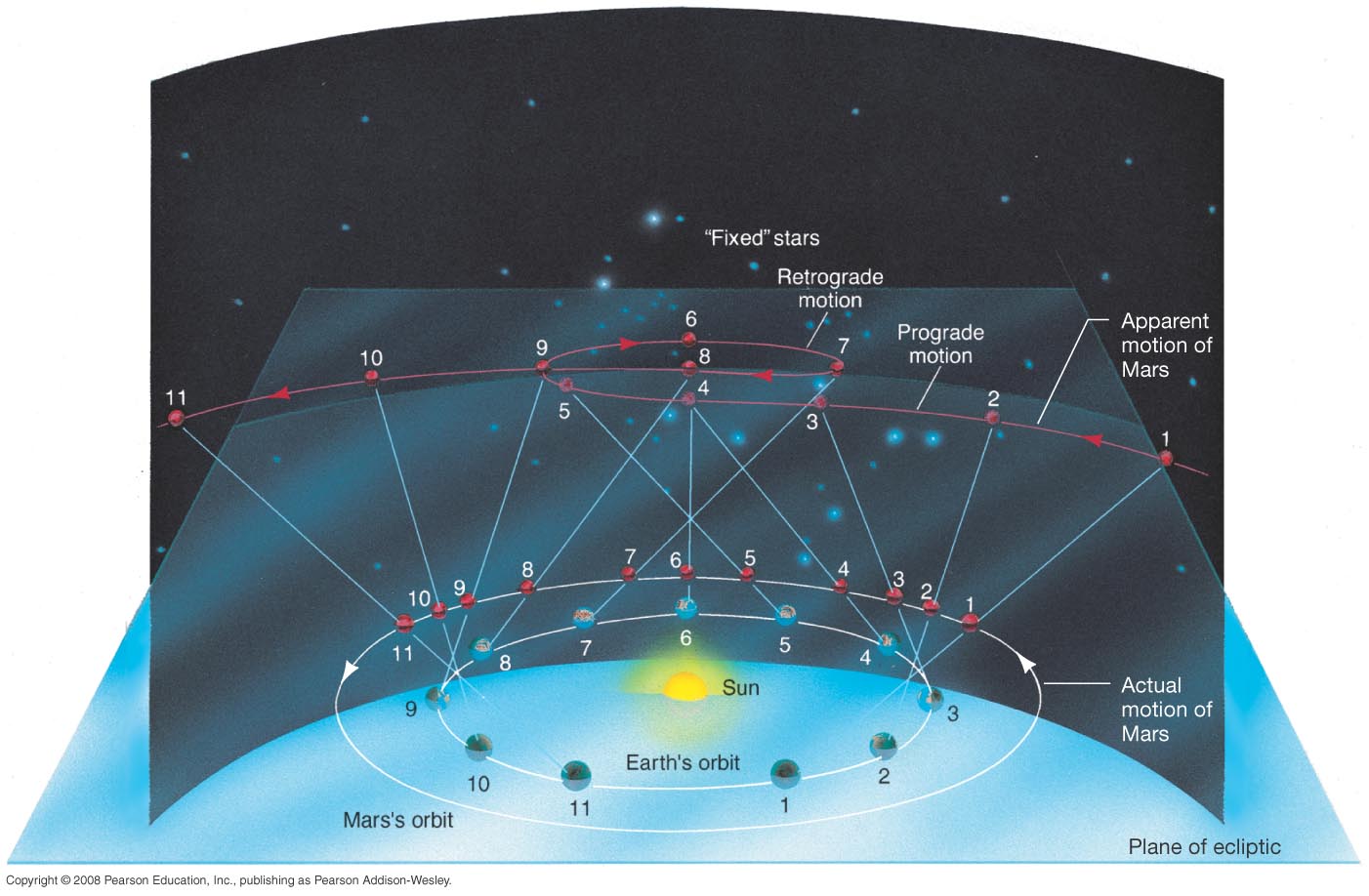 Copernicus discovered that the sun lay at the center of the solar system, but still assumed that all planets traveled in perfect circles. Most epi-circles were eliminated, but errors in planetary plotting continued.

Johannes Kepler was born in Southern Germany in 1571, 28 years after the release of Copernicus’s discovery. Kepler suffered through a troubled upbringing. His aunt was burned at the stake as a witch. His mother almost suffered the same fate. The boy was often sick and had bad eyesight that glasses could not correct. Still, Kepler enjoyed a brilliant, but again troubled, university career.

In 1597 he took a position as an assistant to Tycho Brahe, famed German astronomer. For decades Tycho had been measuring the position of the planets (especially Mars) with far greater precision than any other European astronomer. When Tycho died in 1601 he left all his notes and tables of planetary readings to Kepler.

Kepler rejected the epi-circle on epi-circle model of how planets moved and decided to work out an orbit for Mars that best fit Tycho’s data. It was still dangerous to suggest that the sun lay at the center of the solar system. The all-powerful Catholic Church had burned Friar Giordano Bruno at the stake for believing Copernicus. No other scientist had dared come forth to support Copernicus’s radical notion. Still, Kepler was determined to use Copernicus’s organization for the universe and Tycho’s data to make sense of the planets.

Kepler tried many ideas and mathematical approaches that didn’t work. His bad eyesight prevented him from making his own astronomical sightings. He was forced to rely entirely on Tycho’s existing measurements. In bitter frustration, he was finally driven to consider what was, at the time, unthinkable: planetary orbits that weren’t perfect circles. Nothing else explained Tycho’s readings for Mars.

Kepler found that ellipses (elongated circles) fit far better with the accumulated readings. Yet the data still didn’t fit. In desperation, Kepler was forced to consider something else that was also unthinkable at that time: maybe the planets didn’t orbit the sun at a constant speed.

With these two revolutionary ideas Kepler found that elliptical orbits fit perfectly with Tycho’s measured planetary motion. Elliptical orbits became Kepler’s first law. Kepler then added his Second Law: each planet’s speed altered as a function of its distance from the sun. As a planet flew closer, it flew faster.

Kepler published his discoveries in 1609 and then spent the next 18 years calculating detailed tables of planetary motion and position for all six known planets. This was also the first practical use of logarithms, invented by Scotsman John Napier during the early years of Kepler’s effort. With these tables of calculations (which exactly matched measured planetary positions) Kepler proved that he had discovered true planetary motion.

Pluto was called the ninth planet for 75 years, since its discovery in 1930. Pluto’s orbit is the least circular (most elliptical) of all planets. At its farthest, it is 7.4 billion km from the sun. At its nearest it is only 4.34 billion km away. When Pluto is at its closest, its orbit actually slips inside that of Neptune. For 20 years out of every 248, Pluto is actually closer to the sun than Neptune is. That occurred from 1979 to 1999. For those 20 years Pluto was actually the eighth planet in our solar system and Neptune was the ninth.