Why Are Clouds White and Why are Storm Clouds Dark and Black?

It’s all a matter of how big the water droplets are.

That’s what clouds are: collections of tiny droplets of water. The droplets are so small that under the continual bombardment of air molecules they are kept suspended in the air and do not settle out by gravity, until it rains, of course. The droplets do keep evaporating and re-forming, however, and that’s why clouds keep changing their shapes.

On a day when there are wispy white clouds moving through a clear blue sky lie down and watch them for a while. You’ll see that they continually change their shapes as they move along with the wind. The water droplets at the edges are continually evaporating and recondensing elsewhere, which changes the outline of the cloud. 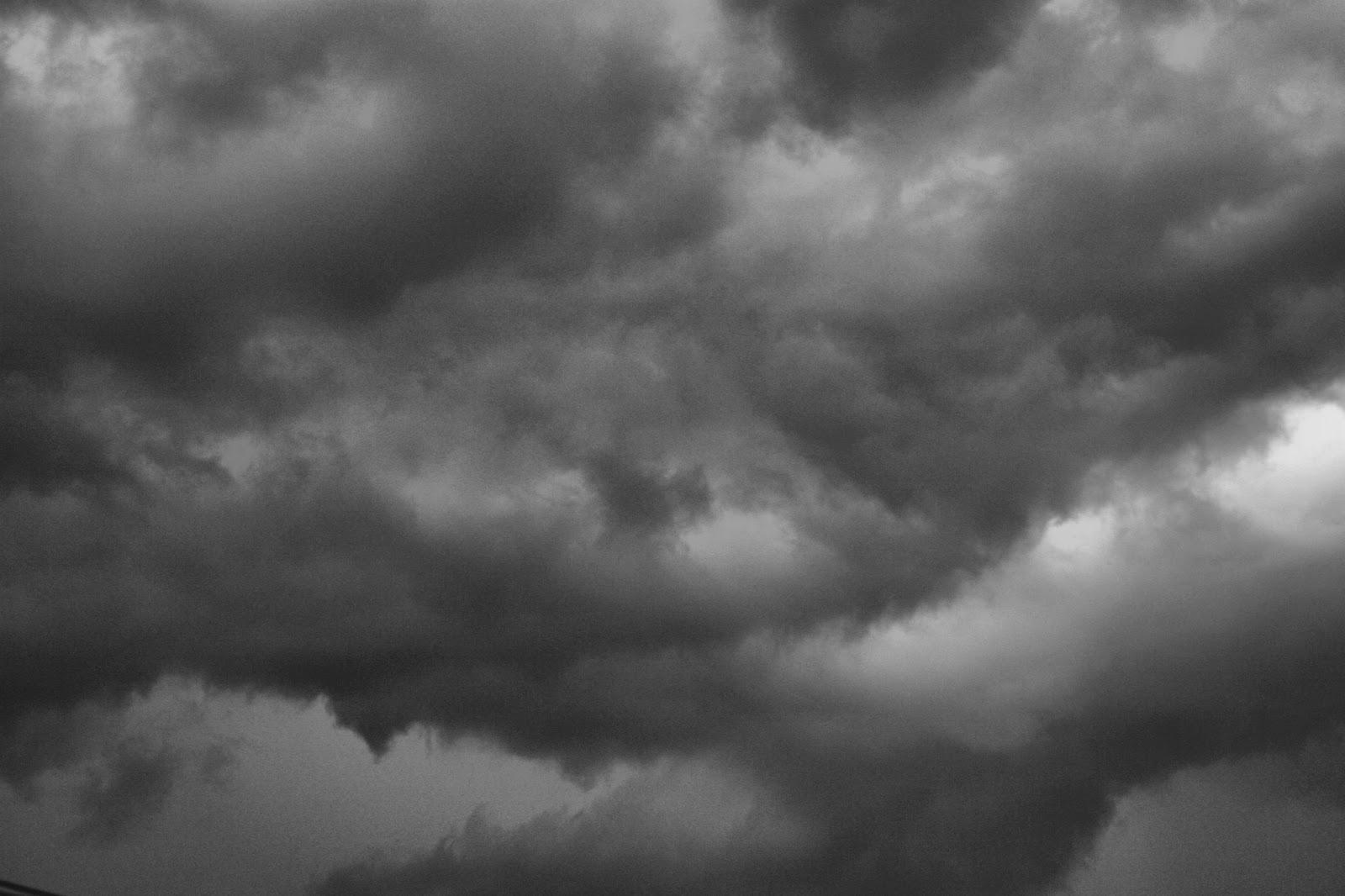 The droplets of water in a white cloud are like tiny crystal balls. That is, they reflect and scatter light in all directions. Like water in its other forms, ice and snow,  they reflect and scatter all wavelengths (colors) of light equally, so the reflected sunlight reaching us retains its full white color. (When the droplets are even smaller, smaller than the wavelengths of light, they contribute to the blue color of the sky.)

On the other hand, storm clouds, as you might expect, are loaded with water, just waiting for the right opportunity to spoil your picnic. The droplets of water in them are so thick that they block out light coming down from the sun and the clouds appear relatively dark against the bright sky.

They’re not actually black, however, any more than a shadow is.