Who Made The Terracotta Warriors In China?

They stand ready for battle, exactly as they did when they were part of the emperor’s palace guard. But look again.

Although each has a different face and carries real weapons, they are not real. They are life-size statues six feet tall and made of clay. There are 6,000 of them. There are scores of chariots and carriages pulled by life-size teams of clay horses.

There are even clay soldiers holding real crossbows with arrows aimed to kill any intruder. Where and what is this? It is the tomb of the First Emperor of China, Qin Shi Huang, buried under a mountain 2,200 years ago and discovered by peasants working in nearby fields. 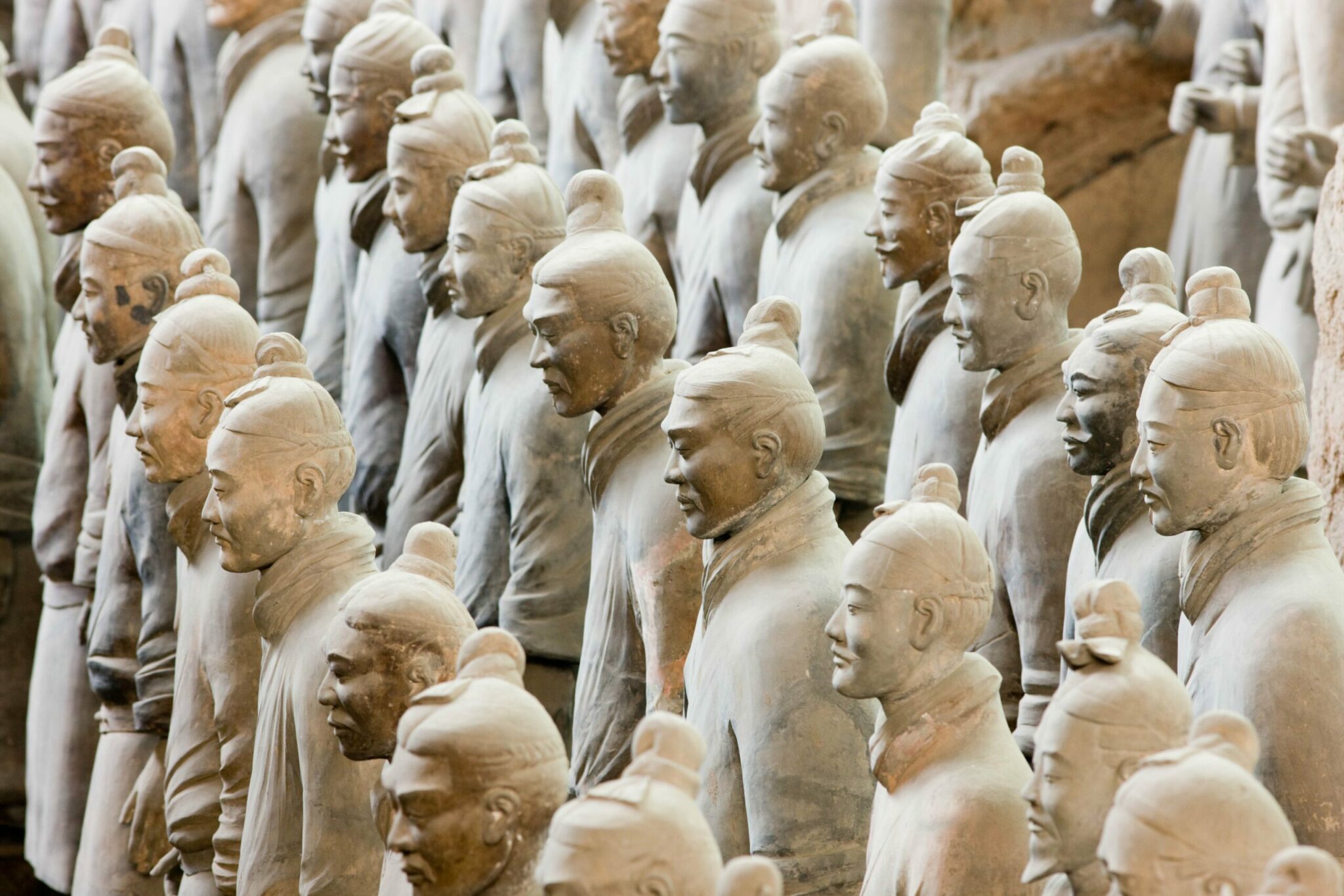 The terracotta figures, dating from 210 BC, were discovered in 1974. The figures are also known as The Terra Cotta Warriors and Horses.

Although the metal weapons held by the soldiers are over 2,000 years old, there is not a bit of rust on them.

They were made of a metal alloy containing fifteen different metals and were coated with a preservative that has kept them looking almost new.