One of the most startling discoveries in all scientific history was the amount of energy that is stored in matter.

For example, if all the energy that is stored in just one pound of coal could be converted into energy, it would produce the amount of electricity the entire world uses in one day.

This is the same principle that led to the development of the atomic bombs of World War II, bombs that destroyed entire cities. 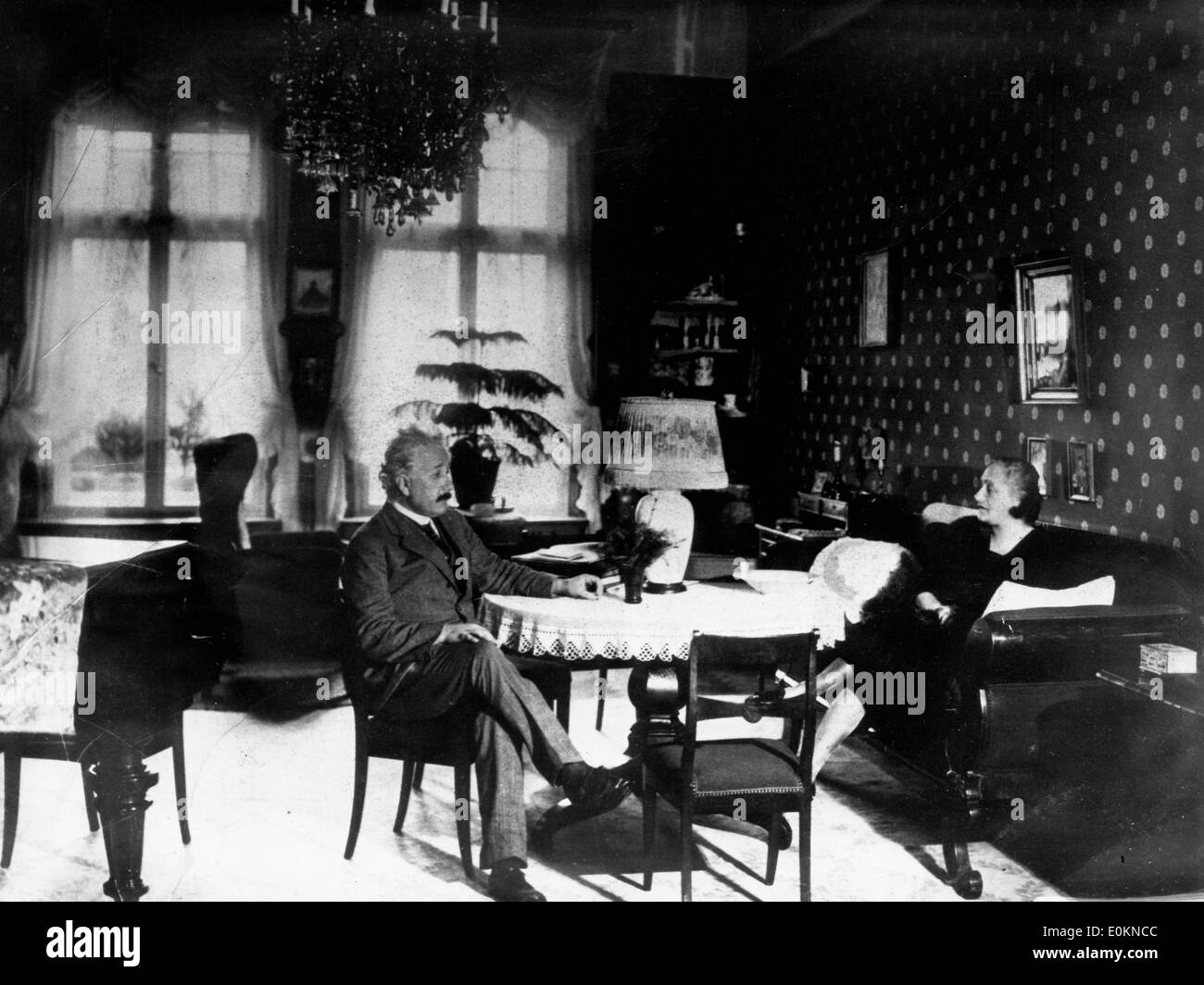 The scientific equation that expresses this principle is the famous E = mc2, and the man who formulated the equation is probably the most famous scientist in history.

He changed the way we look at our universe more than any scientist ever had. He also tried very hard to make sure the world would survive his discoveries.

Albert Einstein was born in Ulm, Germany, in 1879. He was a very slow student and did not like playing games with the other kids.

He seemed to prefer to just sit and think. He did not pay much attention to the teachers and hated how they taught the students to learn by rote.

This all changed when he studied geometry in high school. He loved how statements needed proof and how problems were solved step-by-step using logic. He decided to devote his life to the study of mathematics.

Einstein attended the famous Federal Polytechnic School in Zurich, Switzerland, and became an outstanding mathematics student. He was also now interested in physics and wanted to devote himself to physics research full-time after graduation.

He decided that teaching physics would be the best way to do this.

Einstein graduated in 1905, but he could not obtain a teaching position anywhere. He was forced to accept a menial job as an examiner in a Swiss patent office. Luckily, Einstein had a lot of spare time at his new job, enough to devise his theory of relativity, the most amazing scientific theory ever.

Einstein never conducted a laboratory experiment in his life. It was all done in his head as thought experiments, and he would then write down his mathematical formulas to prove his theories.

Albert Einstein is famous among the public and scientists alike for his equation E = mc2, his playful side made him popular as an “eccentric” scientific genius.