Buffalo Bill (the stage name for William F. Cody) was a former U.S. Army scout and Indian fighter who found his true calling as an entertainer. His famous show toured all over the United States and Europe in the late nineteenth century.

One of the biggest draws of the show was the Indians whom Cody hired as performers. Among them was the great Lakota chief Sitting Bull. In eastern towns and cities, most of Buffalo Bill’s customers had never seen an Indian before. All they knew of tribes first hand came from his sensational shows, which presented Indians as wild savages whom whites needed to conquer and tame. 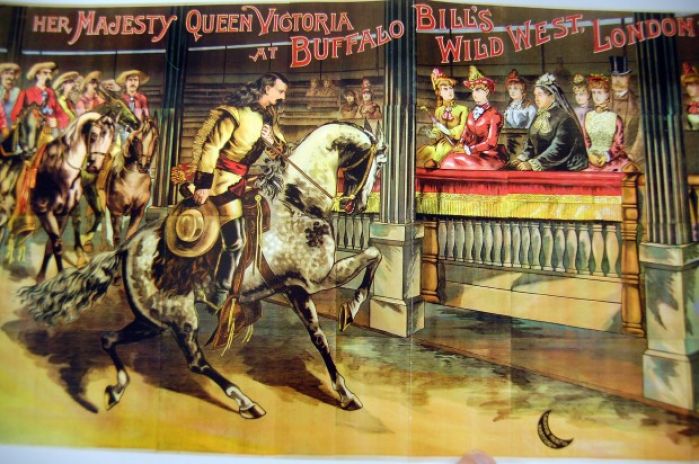