He played all over the world, recorded several best-selling records, and influenced a host of musicians, vocalists, and bandleaders with his pioneering work. Many people call him the most influential and creative musician of this century.

Louis Armstrong was born in a shack in New Orleans. When he was a teenager, he got a job delivering coal in the area where the “hot blues” (soon to be known as jazz), was beginning. He began to play for money and soon befriended Joseph “King” Oliver (1885-1938), who eventually asked Satchmo to join him in his Creole Jazz Band in Chicago. 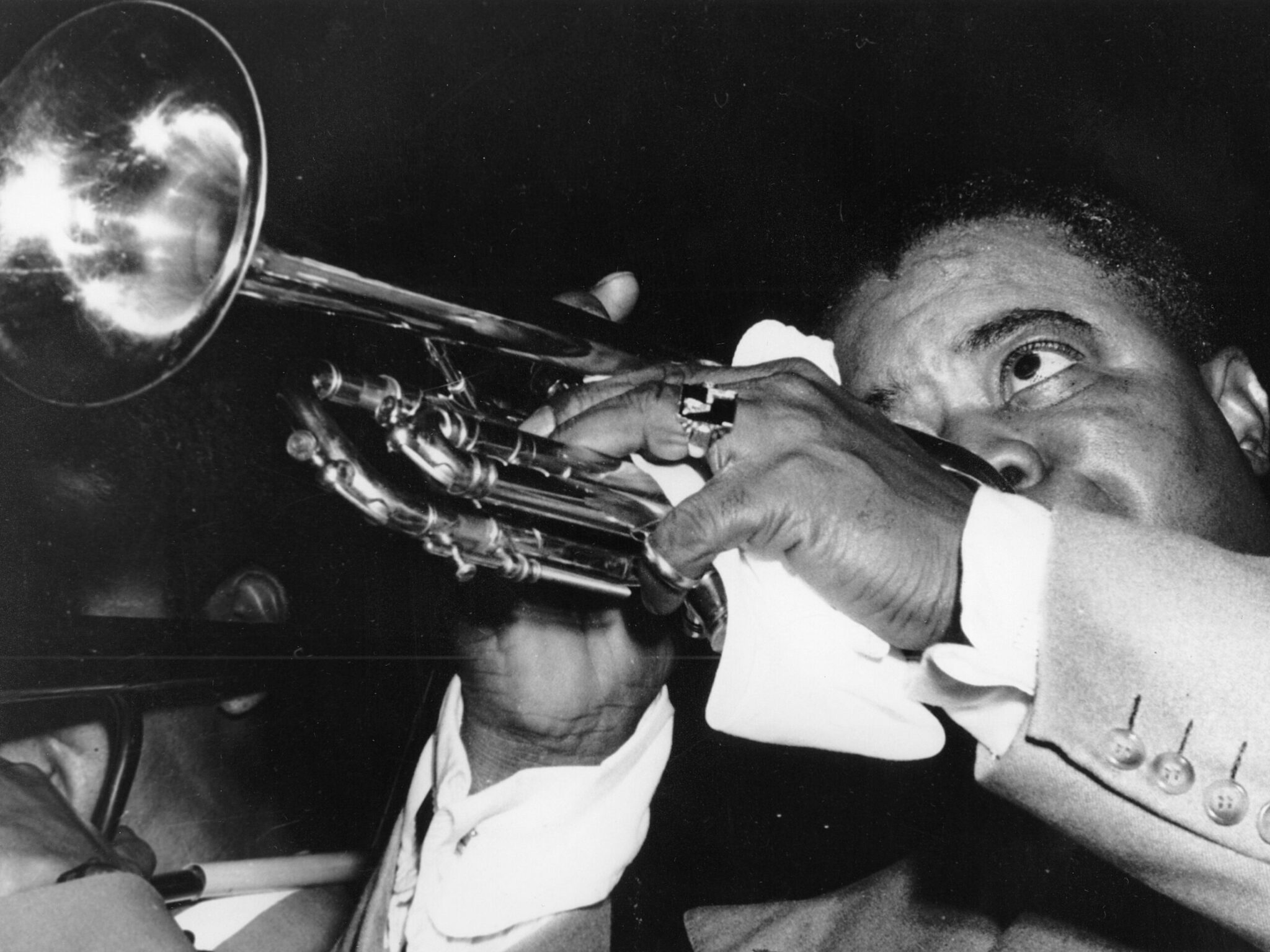 By the 1930s, Armstrong was playing the trumpet, singing, leading bands, and recording some of the most important music in the history of jazz.

Satchmo revolutionized the role of the voice in the song; he saw the voice as an instrument that was as important as his playing. Some of his most important jazz recordings include “Dippermouth Blues,” “Heebie Jeebies,” “Hotter Than That,” and Fats Wailers’ “Ain’t Misbehavin’.”

He also became popular for his recordings of some popular songs such as “Hello Dolly,” “Mack the Knife,” and “What a Wonderful World.”