Who Was Oisin In Irish Mythology and How Did Finn MacCool Break the Spell Sadb Was Under?

Oisin was one of the sons of Finn MacCool in Irish mythology.

While on a hunt with his companions, Finn and his dogs chased a deer through the woods, excited at the chance for a fresh meal.

But when the deer finally collapsed in exhaustion, the dogs did not attack her. 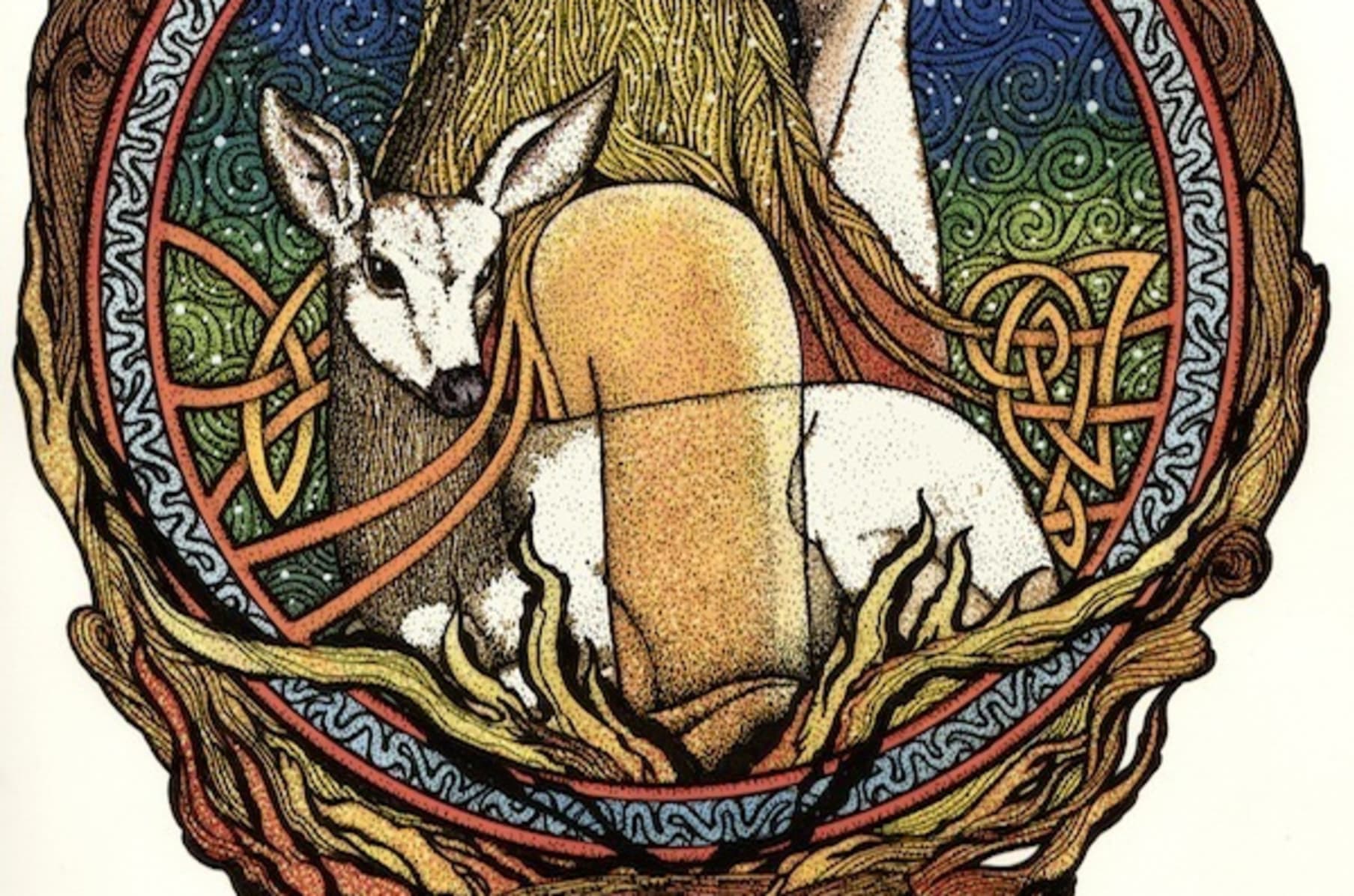 Instead, they playfully licked her head and hooves.

Finn was stunned by this, and he ordered no one else to harm the deer. When the hunters returned to their home, the deer followed.

That night, Finn awoke to see a beautiful woman standing next to his bed.

Her name was Sadb, and she explained to him that she was under an evil spell. The spell could only be broken if Finn fell in love with her.

Struck by her beauty, Finn passionately loved her and broke the spell. Weeks later, Finn returned from battle to discover that Sadb had been lured away and captured by a magician who had disguised himself as Finn.

In frantic despair, Finn searched every patch of woods, every hill, and every cave in Ireland, but without success.

Mournfully, he returned to his hunting life and tried to forget Sadb.

Years later, Finn came across a young boy in the woods. When Finn asked where he had come from, the boy told how a sorcerer had forced his mother to abandon him.

When the boy described his mother, Finn rushed over and embraced him, for the mother was clearly Sadb, and the boy was his own son.

Finn called the boy Oisin (Little Faun), and he trained him as a warrior to join the Fianna.

Later, Oisin became known throughout Ireland for his beautiful poetry and songs.