There are hundred of thousands of craters visible on the Moon, measuring from a few feet across (craterlets) to about 150 miles across (basins or walled plains).

The craters seem to be the result of both meteorites and volcanic activity.

Most scientists agree that the Moon came under a meteorite bombardment some 4.5 billion years ago, shortly after it was formed. 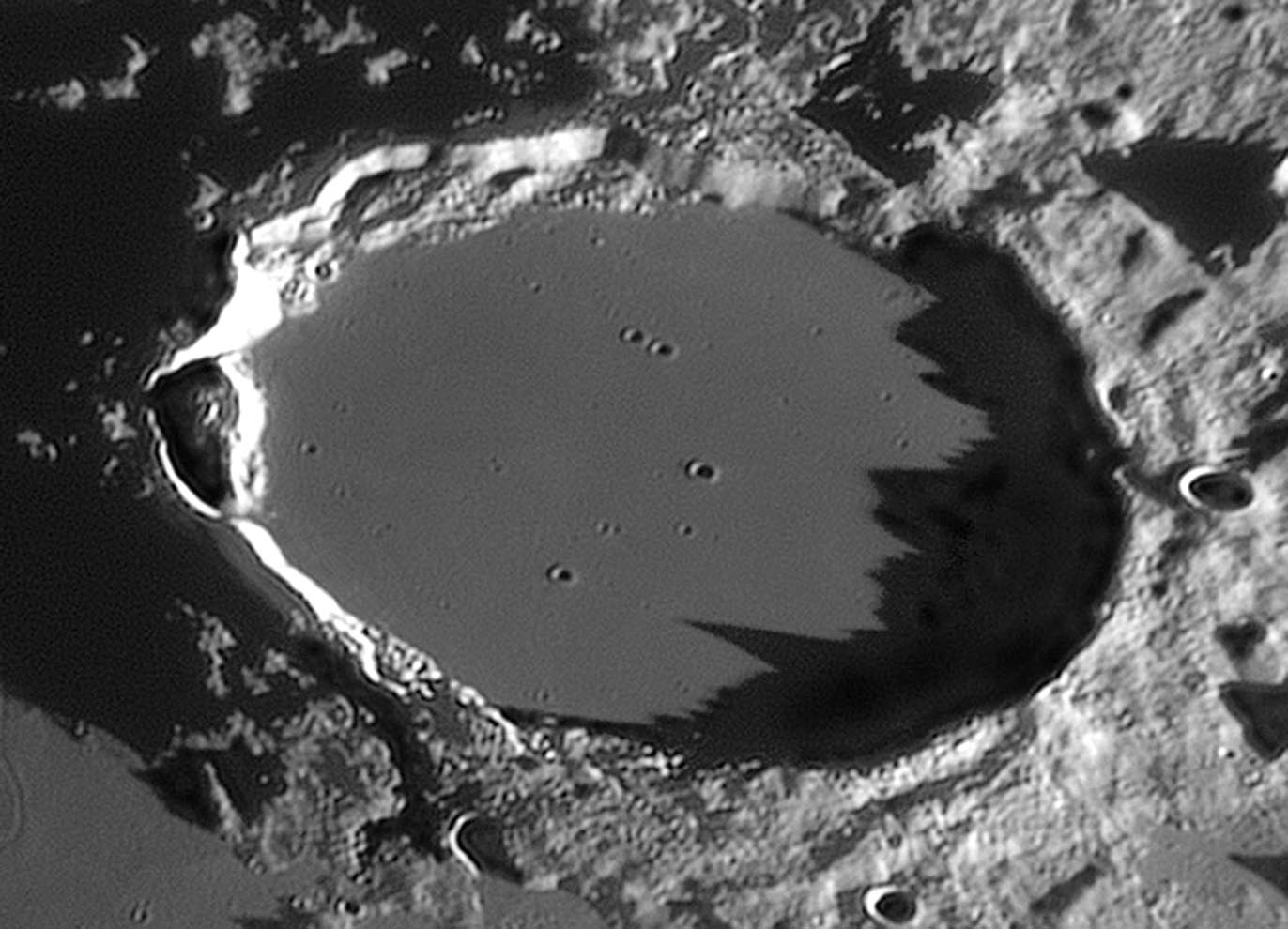 While the volcanoes distorted many of the meteoric craters, they created craters of their own.