Why Are There So Many Earthquakes In California and How Long Is the San Andreas Fault?

California has so many earthquakes because the San Andreas Fault runs some 800 miles (1,288 km) through the state.

The San Andreas Fault is a crack in the Earth’s crust that extends 10 miles (161 km) deep in some places.

Geologists call it a strike-slip type of fault, meaning the rock on one side of the fault moves sideways in relation to the rock on the other side. 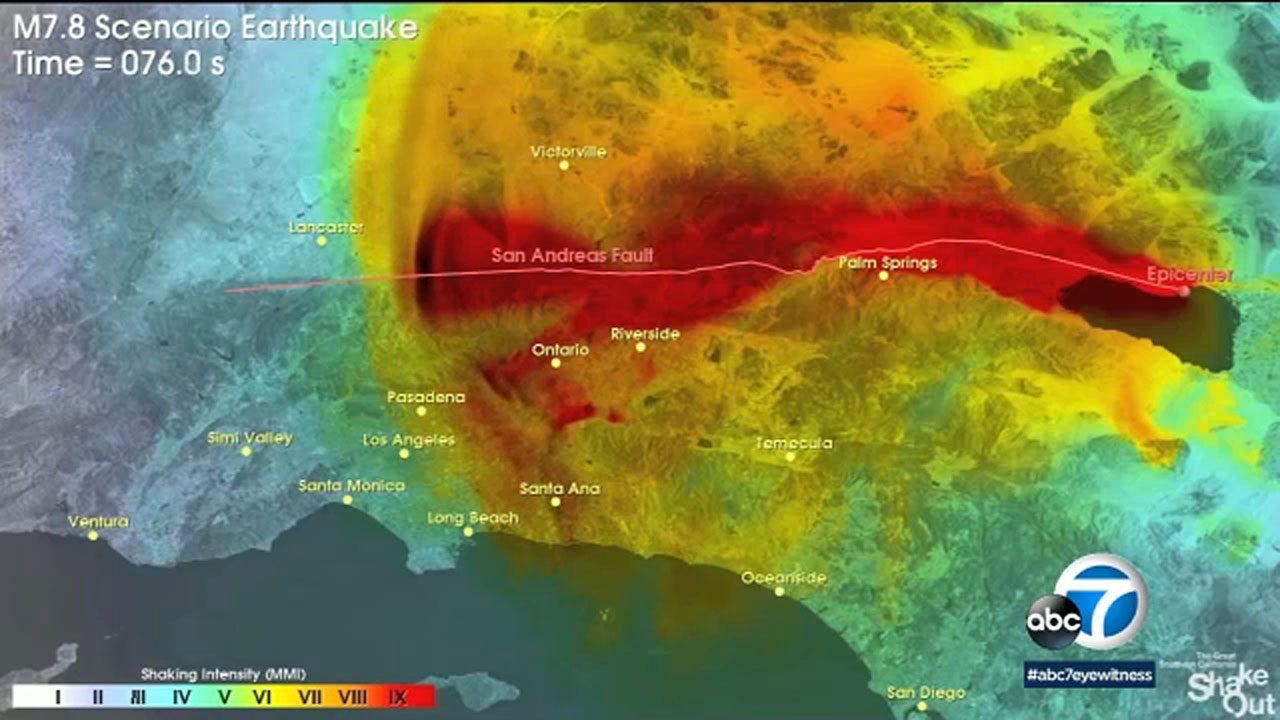 Earthquakes can occur along this fault, like those that have caused damage in Los Angeles, San Francisco, and other cities in California.

The San Andreas Fault marks the place where two of the world’s major tectonic plates, the North American and the Northern Pacific, meet. When these plates move and collide or slip over or under each other, we sometimes feel that movement as an earthquake.

The Northern Pacific plate is moving northwestward past the North American plate at a rate of 1.6 inches (4 cm) to 2.4 inches (6 cm) per year.

At this rate, in 15 million years Los Angeles could become a suburb of San Francisco.

The plates are moving in different directions, as the arrows show, which causes the large number of earthquakes in the region.